Oh and yes, she was clad in pink

Aishwarya Rai Bachchan and Abhishek Bachchan‘s daughter, like many other star kids in town, Aaradhya Bachchan is no less than a celebrity at the age of six. And by now, the little doll seems to have developed quite a bond with shutterbugs. Last night, Aaradhya was spotted with her mother Aishwarya Rai Bachchan and father Abhishek Bachchan outside a restaurant in the city. And the hardworking paps were right outside to snap the star family on their way out. The ladies were all smiles for the cameramen as they got into their car. Also Read - 'Ghamand Toh Dekho'! Netizens Slam Rubina Dilaik For Showing 'Attitude, Arrogance' To Paparazzi At Mumbai Airport

Aishwarya Rai is mostly only spotted with her daughter nowadays and makes sure to make heads turn. After exiting the Nara Thai restaurant in BKC, Bandra, the Ae Dil Hai Mushkil actress is seen helping Aaradhya in the car, as husband Abhishek waits chivalrously outside to close the car door for his wife before he goes around the other side to enter himself. Aaradhya, who is well acquainted with the paparazzi culture by now, gave a heartwarming smile for the cameras as well. Oh and yes, she was clad in pink. Check out the photos below. ALSO READ: Anushka Sharma And Virat Kohli SPOTTED Chilling With Akshay Kumar In Cape Town – View Pics Also Read - Kapil Sharma Finally Breaks Silence on Being on Wheelchair, Says 'Injured My Back in Gym' 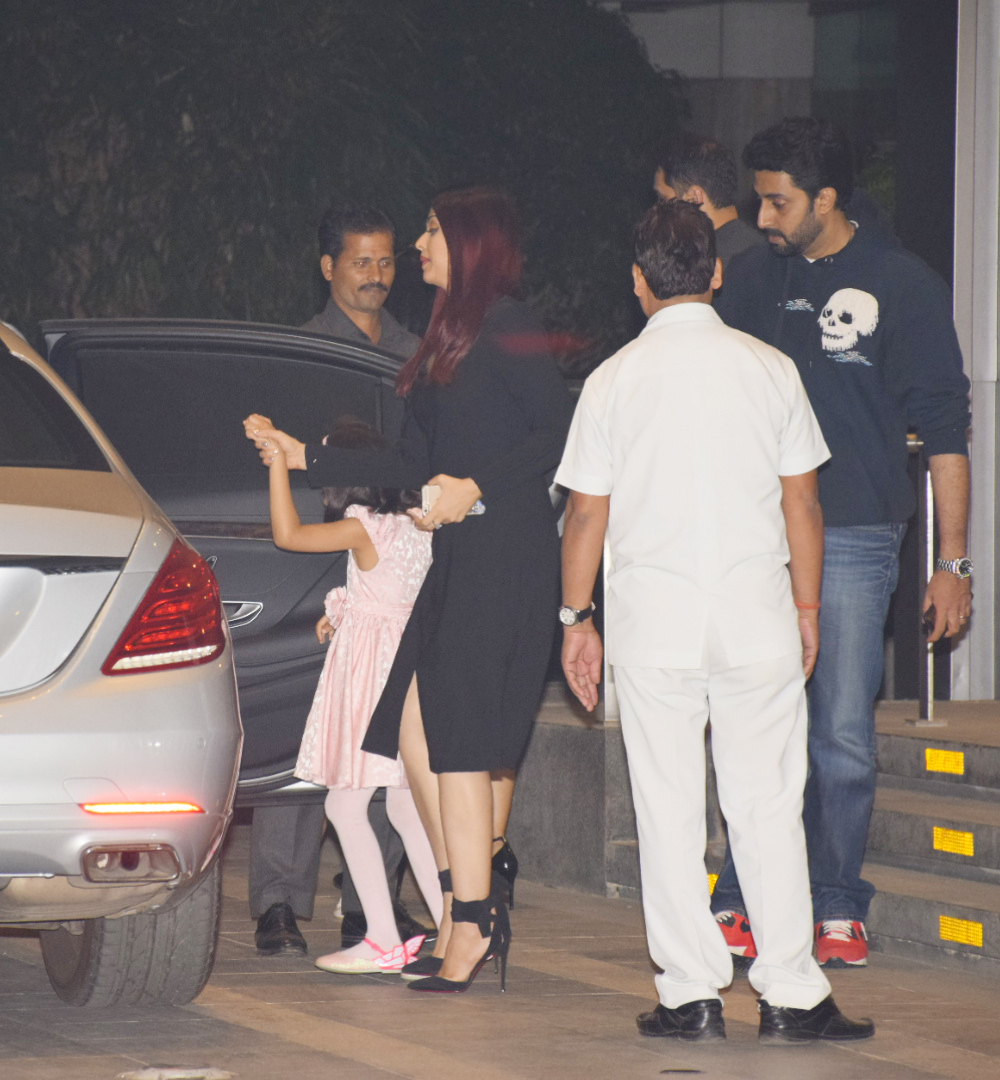 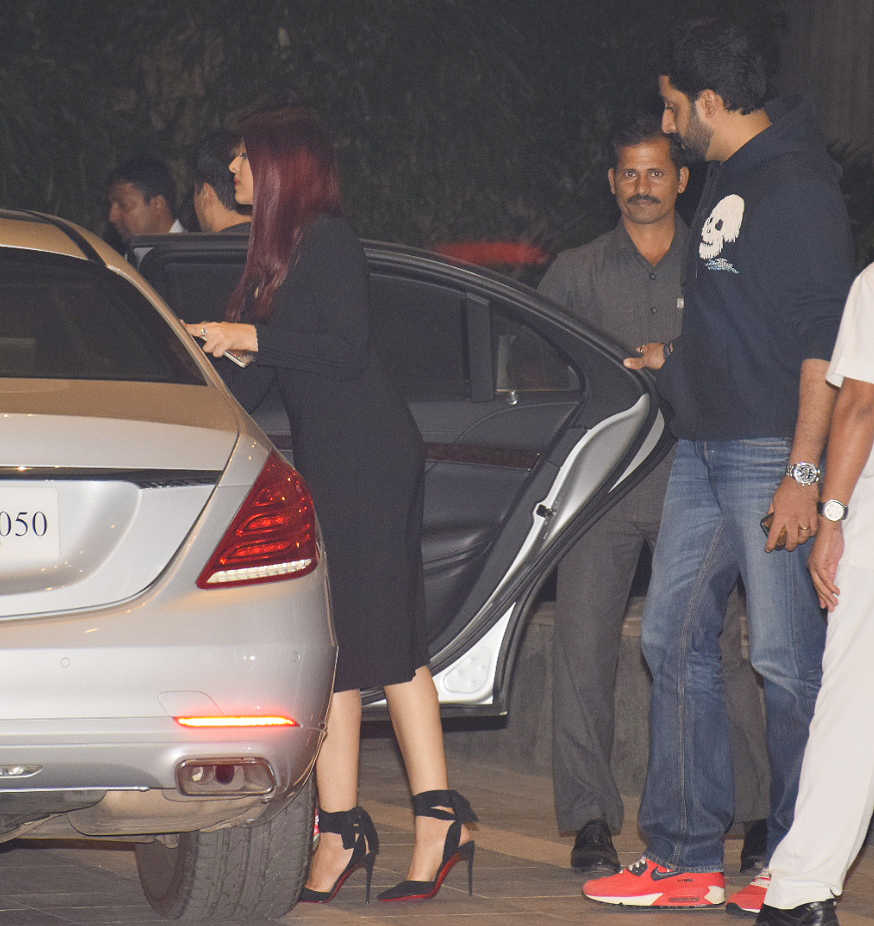 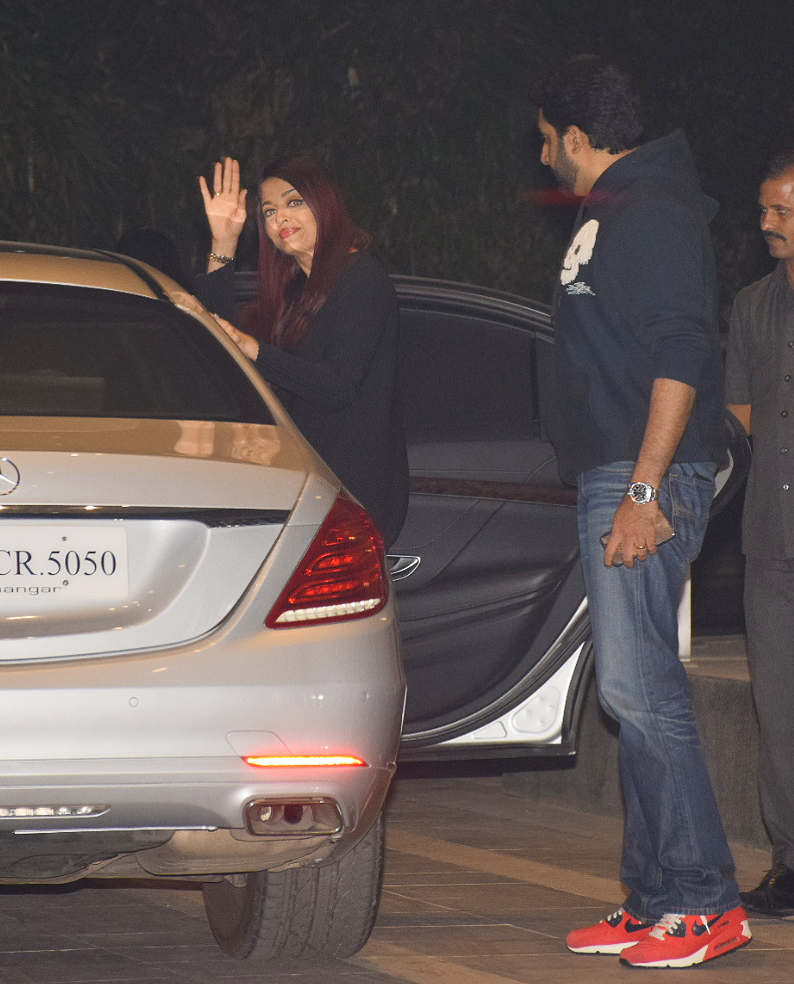 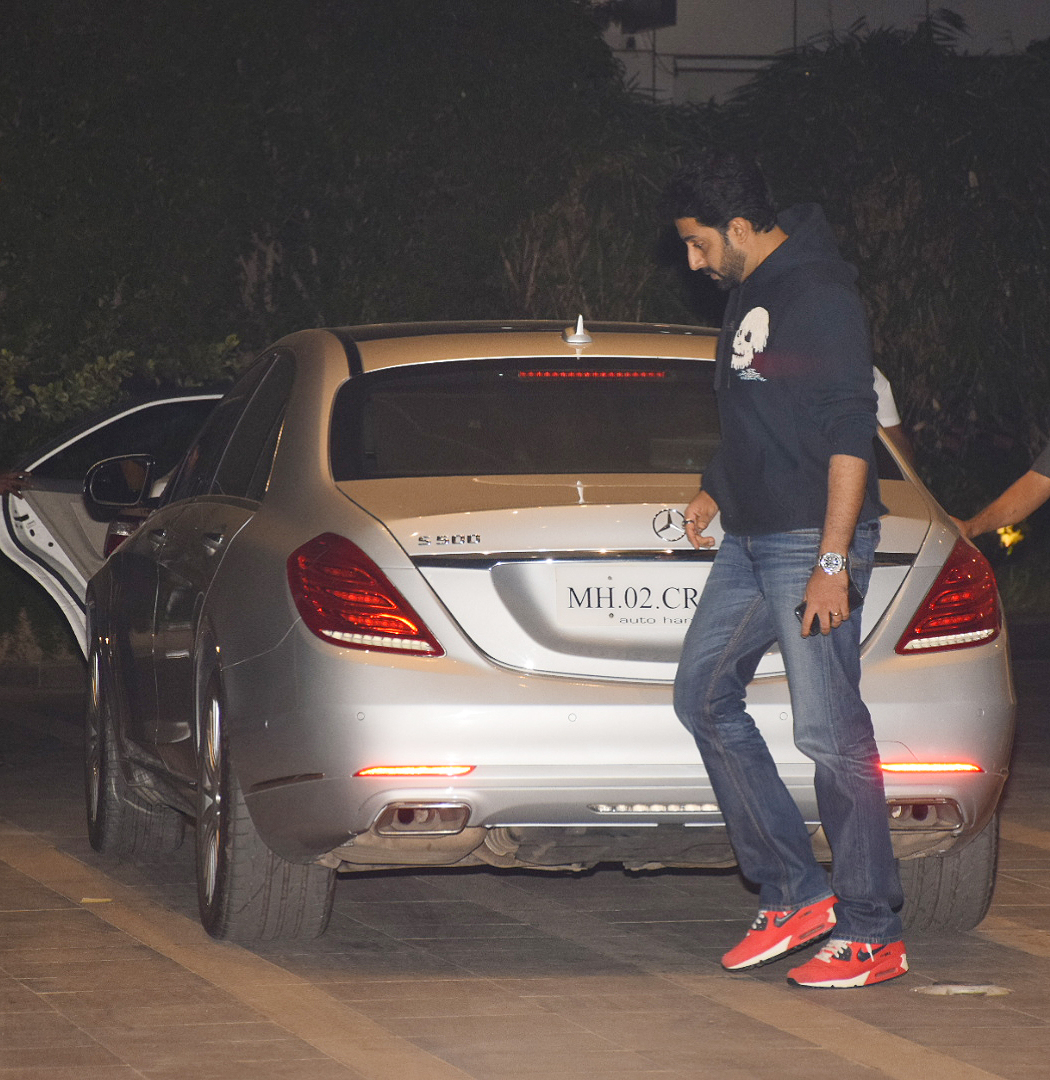 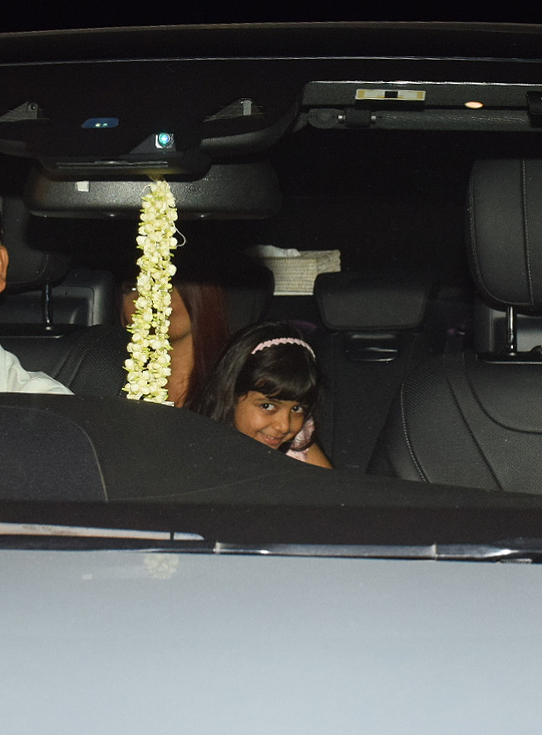 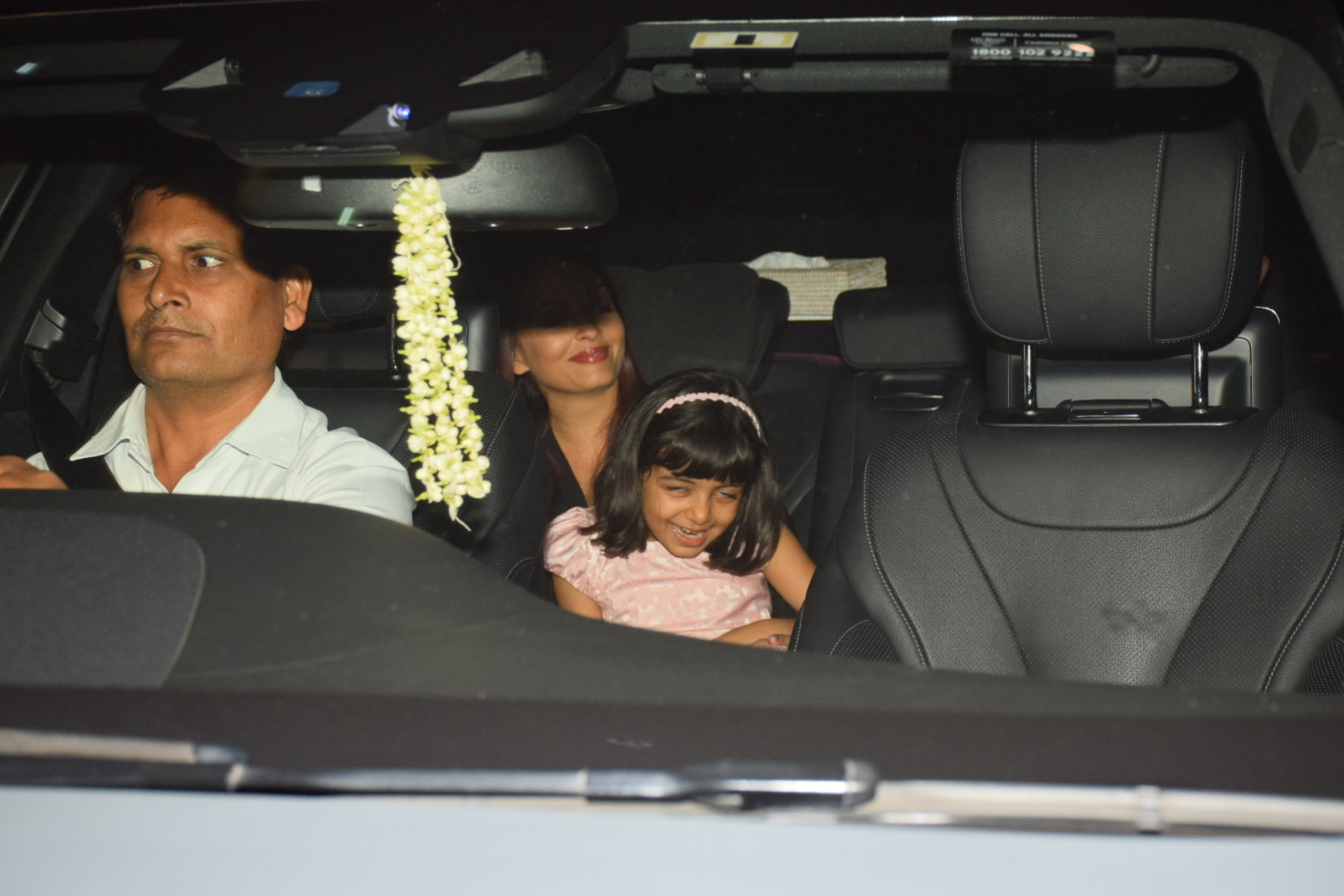 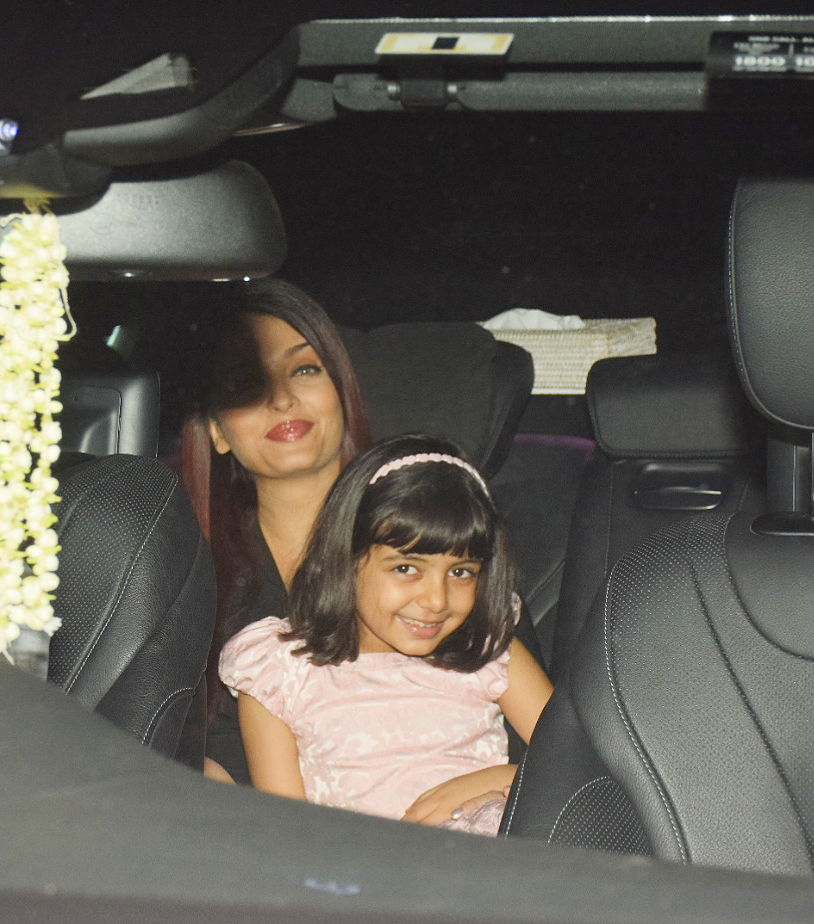 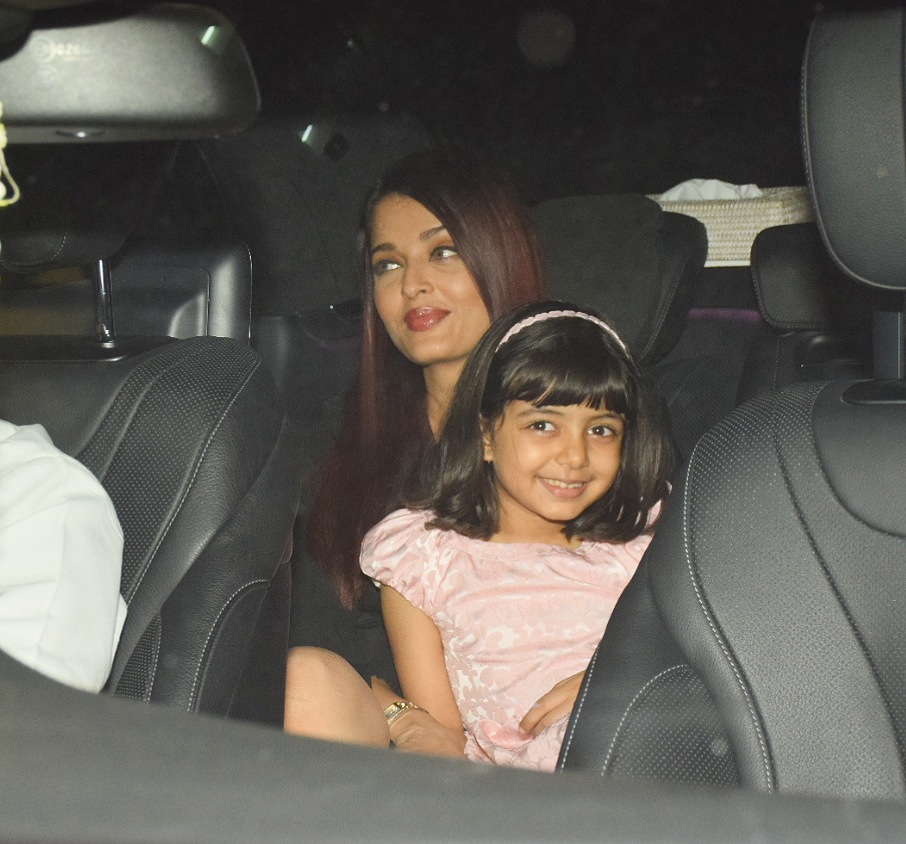 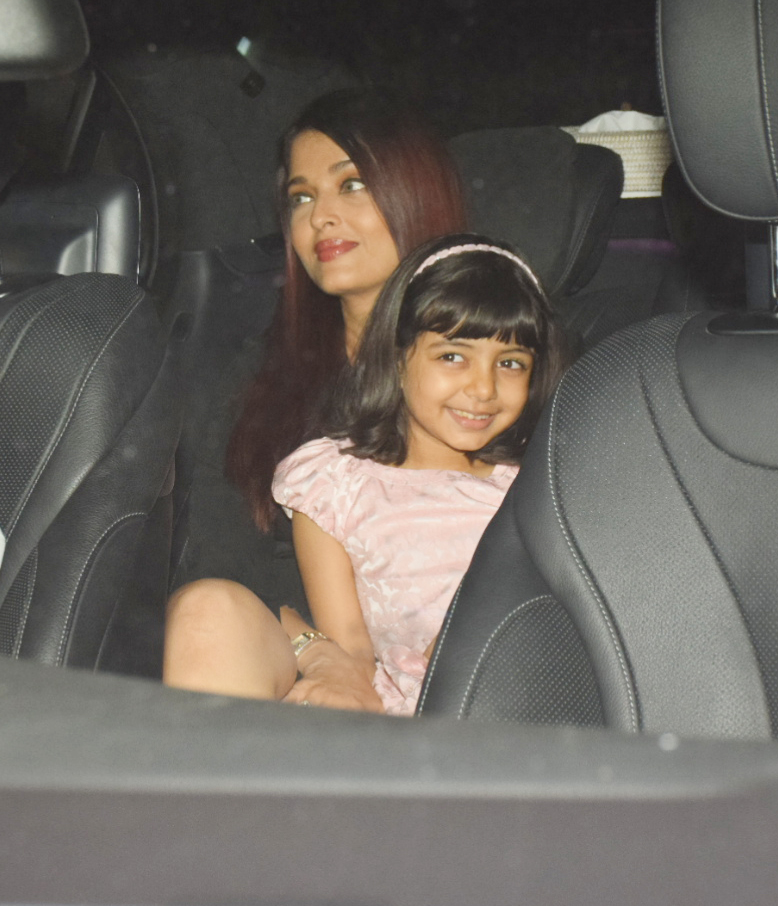 On the work front, Aishwarya Rai Bachchan has been busy with the shooting of her next film titled Fanne Khan. The makers had recently revealed a teaser poster of the film with the title which saw a change in the title’s spelling from Fanney Khan to Fanne Khan. The film will see Ash romancing Newton star Rajkummar Rao, and will also Anil Kapoor in the lead role. The film is scheduled for an Eid 2018 release, which will see it clash with Salman Khan’s Race 3.