Action would be taken if AIB Knockout has violated laws: Devendra Fadnavis

Maharashtra Chief Minister Devendra Fadnavis today said his government would act against organisers of the controversial comedy show AIB Knockout if it had violated any law. 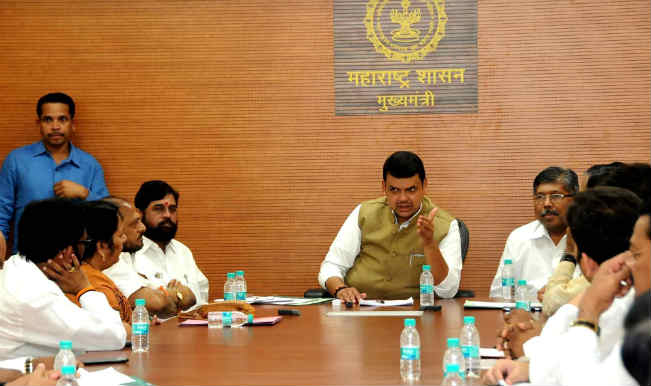 Mumbai, Feb 3: Maharashtra Chief Minister Devendra Fadnavis today said his government would act against organisers of the controversial comedy show AIB Knockout if it had violated any law. “If the programme was vulgar and was in violation of law, then action will be taken against the organisers,” Fadnavis told reporters in Kolhapur. Also Read - Deepika Padukone’s Rs 12,500 Oversized Shirt Deserves a Place in Your Closet| See Viral Photos

The AIB Knockout was a comic `roast’, also called `insult comedy’, featuring actors Arjun Kapoor and Ranveer Singh, hosted by filmmaker Karan Johar and organised by AIB in December 2014 at Worli in south-central Mumbai. The show went viral on a social networking site with over four million views in less than four days. A first information report (FIR) was yesterday filed for the use of obscene and filthy language on the show. Also Read - Bhoot Police VS Liger Box Office Clash: Saif Ali Khan And Vijay Deverakonda Are Set To Rule Theatre This September