The actress came into the spotlight after actor Boman Irani, who spotted her driving an auto at night on the streets of Mumbai decided to speak with her.

Laxmi Pandhe, who is a Marathi actress as well as an auto-rickshaw driver, has revealed that she would never compromise her happiness for money and that she would not succumb to acting offers that put her self-respect at stake.Also Read - IPL 2022 Retention: Mumbai Indians Interested in Ex-Delhi Capitals Captain Shreyas Iyer, Could Attract Massive Bid at Mega Auction

The actress came into the spotlight after actor Boman Irani, who spotted her driving an auto at night on the streets of Mumbai decided to speak with her and then post the clip of the encounter on his social media page. Also Read - Maharashtra Issues Fresh Restrictions, Permissions For All Travellers. Read Detailed Guidelines Here

On his Instagram page, Boman shared the clip with a caption that read, “Met this amazing Super Lady Laxmi, acts in Marathi serials and is also a rickshaw driver. Such an inspiration. A real-life hero. Hope you also get a chance to ride in her rickshaw. She is a really bundle of energy. So very proud of you Laxmi and wish you the very best always.” Also Read - Maharashtra: Central Railway Announces To Revert Platform Ticket Price to Rs 10 At These Stations

It made her famous. A lot of people talk to her now and also ask for a selfie, she says.

“I do text him (Boman) once in a while with a ‘Good Morning’ message. I have never asked him for work and I know I can get work if I talk to him or ask for it. But I haven’t. In fact, I have never ever asked anyone to give me work. I rather follow a proper professional way to get work. I am happy and proud that I am a self-made person. I am content with my life and career,” Laxmi told PTI in an interview.

She studied in a local municipal school up to class eight in suburban Mulund. As her parents were finding it difficult to make the ends meet, she dropped out of school. She was always passionate about acting but couldn’t muster the courage of sharing it with her family until one of her family members saw her in a TV serial. 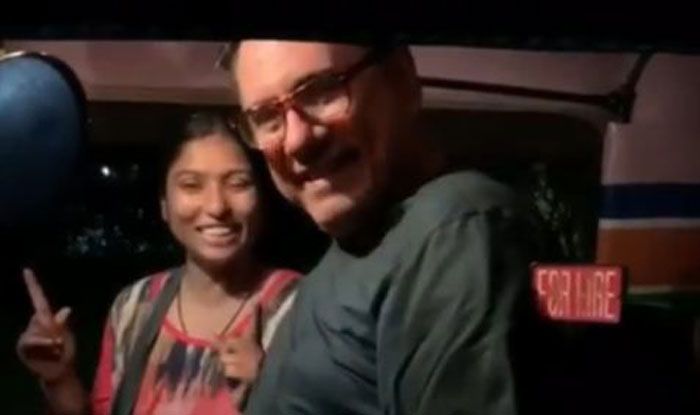 Laxmi shares, “I was interested in acting but my family did not like it. I was crazy about every aspect of cinema, I love dancing as well. I used to dance in our chawl functions, during Ganesh Chaturthi procession, etc.”

Recalling her entry into TV and films Laxmi says, “I had a passing shot in Jai Maharashtra Dhaba Bhatinda, which I had got through a coordinator. My first ever salary was Rs 250 and I was over the moon. Later, I saw that film in the theatre and I was very happy. Sadly, I couldn’t share this happiness with my family.”

She continued doing few more passing shots without the knowledge of her family until her outing in the hit crime show Lakshya was accidentally noticed by one of her brothers-in-law.

“I was there for two-three different episodes in the show from a receptionist to a bar girl. When my brother-in-law informed my mother and three elder sisters about this I was very scared that they would yell at me. To my surprise they were all happy and proud,” she adds.

Though she got a go-ahead from her family to follow her dreams the journey wasn’t easy for Laxmi in the industry infamous for nepotism.

“I did some small roles here and there in some lesser known TV serials and films, till I got the role of a maid in this popular Marathi film Mumbai Pune Mumbai 3 and Project Marathwada, in which I played a farmer’s wife. This film had Om Puri and Seema Biswas in the lead. I felt I would get more work in good films and will get prominent roles as well but that didn’t happen.”

Unable to bear the expenses of her family, Laxmi decided to take up other odd jobs like working with a beauty parlour and doing nursing job.

“I have always got roles through coordinators and I had to give them 50 per cent of what I earn from my acting assignments. We were not a financially stable family as my elder sister was diagnosed with cancer and my mother got retired from her government job, I had to contribute more money. I would take up acting work in between whenever something interesting came,” says an emotional Laxmi.

As she wasn’t happy with the odd jobs that she was doing, Laxmi decided to drive cab but due to financial reasons, she settled down to driving a three-wheeler (auto-rickshaw) instead.

She has been driving auto for a year and will continue to do so whenever she has no acting offers.

“I do not consider any job as big or small. I have done everything on my own be it acting or any other job. I am also happy that I did not succumb to some exciting offers in acting, where I was paid a lot of money but I had to compromise for it. For me, my self-respect is more important.”

“Hard work is all I know,” Laxmi signs off.