The finest of cast has been roped in to make the wait worth it for the new show Chandrakanta for Colors TV.

The telly mills are burning up to get the latest scoop from the upcoming Colors TV show “Chandrakanta”. The show has been creating a build up to enthral the audience. Since it’s from the creative house of Ekta Kapoor, finest of actors have been roped in. A few days ago we reported that Shilpa Agnihotri was to be a part of the show. She will be seen playing the mother of Chandrakanta, played by Madhurima Tuli.Also Read - Naagin 6: Mehekk Chahal To Spearhead Ekta Kapoor's Supernatural Show? Deets Inside

The very famous Komolika from Kasauti Zindagi Kii, Urvashi Dholakia was also speculated to be in the show. A leading entertainment portal reported that Ekta Kapoor is taking all of her time to make this show a very different one from the already on-air show Chandrakanta-Prem Ya Paheli on Life OK channel. Also Read - Padma Shri Award 2021: Kangana Ranaut, Karan Johar Among 119 Recipients This Year

If news are something to go by, a few new actors will be seen in this much-talked-about show. A good star cast can take the show to some great new heights and who knows this better than Ekta Kapoor. This time she has called Sandeep Rajora and  Prerna Wanvari to be the new additions to the already existing characters in Chandrakanta. Sandeep Rajora will be seen opposite Shilpa Agnihotri and they both will play parents to the lead. Prerna Wanvari will be the maasi or the aunt of Chandrakanta aka Madhurima Tuli. (Also Read: Is Shilpa Agnihotri making a comeback with Ekta Kapoor’s much awaited show Chandrakanta?) Also Read - Naagin 6 to Start From THIS Date, Ekta Kapoor Gives Hint of Lead Actor of The Show 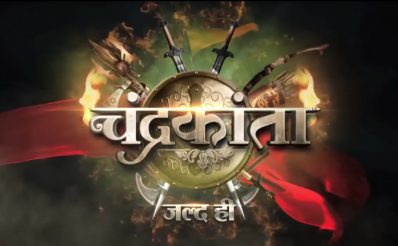 The show is supposed to replace Naagin 2 on Colors TV on the slot of 8 P.M. According to an entertainment portal, the story will commence after the mother of Chandrakanta (Shilpa Agnihotri) dies in the first episode. The series is not at all based on the novel penned down by Devki Nandan Khatri. The shooting for the promo will take place very soon and then the cast will apparently move to Karjat to shoot the episodes.  (Also Read: Yeh Rishta Kya Kehlata Hai actor Nidhi Uttam to enter Zee Tv’s Ek Tha Raja Ek Thi Rani!)