After Spooking Her Fans As A Witch In Pari, Anushka Sharma Leaves Them Stunned With Her Leaked Pictures From Sui Dhaaga – Made In India

After spooking her fans with Pari, Anushka Sharma has been spotted in a simpleton’s avatar shooting for her next film, Sui Dhaaga, that also features Varun Dhawan in the lead. While her horror drama is getting mixed to positive reviews from everyone who is watching the movie, her latest leaked pictures from her upcoming film, have left us intrigued for the upcoming movie. We have never seen Anushka in such an unglamorous avatar. This is definitely a massive physical transformation from her recent outing and to say that we’re impressed with the actress’ versatile choices as far as her projects are concerned, won’t be a lie. Also Read - Coronavirus: Anushka Sharma Shares Adorable Moment With Virat Kohli During COVID-19 Lockdown, Lists Positives During Self-Quarantine | SEE POST

The new bunch of pictures from the sets of her next film, Sui Dhaaga – Made in India, is going viral. In the film, Varun Dhawan and Anushka Sharma will be seen essaying characters from a small village. When the lead stars’ look were first revealed in pictures that went viral, everyone was quite stunned seeing their unglamorous transformation. The make up artists and stylists of the respective actors have truly done a commendable job, don’t you think? They indeed look like village simpletons. Take a look an Anushka’s leaked pictures from the film below. Also Read - Anushka Sharma Reflects on Her Realisations During COVID-19 Lockdown, Says ‘Our BASIC is Not Basic For Everyone’ 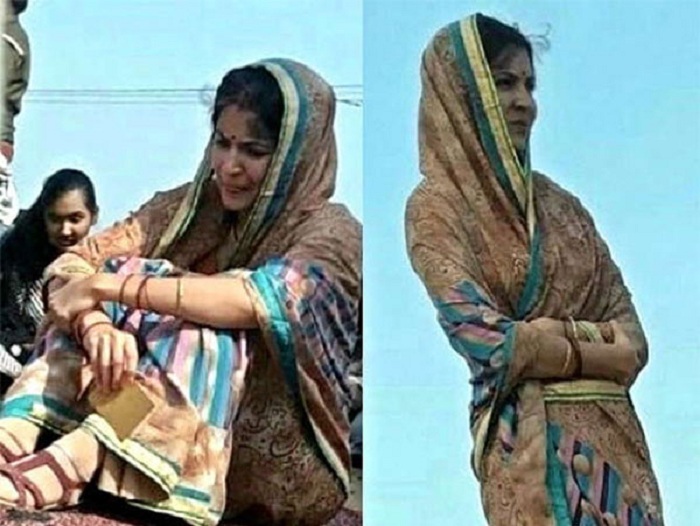 Helmed by Sharat Kataria, best known for his award winning film Dum Lahga Ke Haisha starring Ayushmann Khurrana and Bhumi Pednekar, Sui Dhaaga -Made in India is a heart rending narrative about finding love and respect through self-sufficiency. While Varun will be seen essaying the role of tailor, named Mauji, in the film, Anushka will be seen as an embroider named Mamta. Being set against the backdrop of India’s heartland, it is sure to resonate with the masses. The film is slated to release on September 28. Stay tuned for more updates.