While most B-town celebs stand in support of AIB Knockout Roast, Mr Perfectionist calls it a violent act. 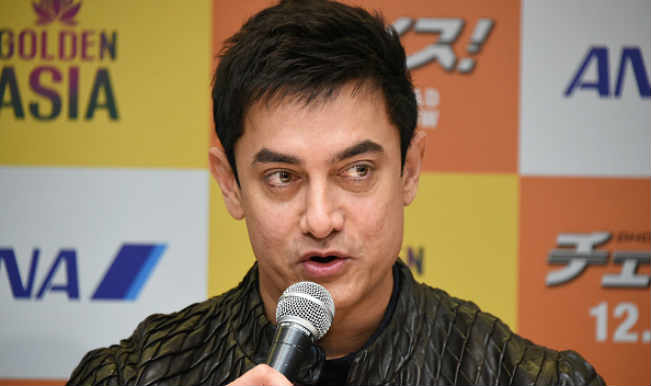 The much hyped AIB Knockout Roast was solely aimed at entertaining the audience with their pseudo-intelligent jokes. Though some viewers found the Roast to be a great act, others criticized it. The Roast mainly passed lewd comments on several actors by using swear words. It was surprising to see the actors go mad with laughter specially when they became the laughing stock at the event. Aamir Khan is basking in the glory of his recent film PK. The actor was recently spotted at an event sharing his views on corruption. When asked about the recent AIB Knockout Roast, the 3 Idiots star replied that he has not seen the roast videos but has definitely heard a lot about it. Also Read - Karan Johar Feels Responsible For Putting Ranveer Singh - Arjun Kapoor In Legal Trouble Over AIB Roast?

Aamir says he was deeply affected and disappointed by the statements made in the Roast. Though he believes in freedom of speech, Aamir felt the Roast to be a violent event. Aamir says, ‘ I completely believe in freedom of speech, no issues. But we have to understand that we all have a certain responsibility. When I heard what was being described to me I felt it was a violent event.’ (READ AIB Knockout Roast: Deepika Padukone, a controlling girlfriend for Ranveer Singh?) Also Read - Bombay HC Denies Interim Relief To Ranveer Singh And Arjun Kapoor In The AIB Roast Controversy

Aamir, who has hosted 3 seasons of Satyamev Jayate in the past has always condemned events that cause pain to anyone. In the finale episode of the third season, Aamir also highlighted the aspect of objectifying women in Indian Cinema, which has lead to the rise in social crimes against females.

Watch the video below to see what Aamir Khan feels about AIB Knockout Roast.