AIB Knockout: Why Karan Johar should say sorry to his fans before he moves on… 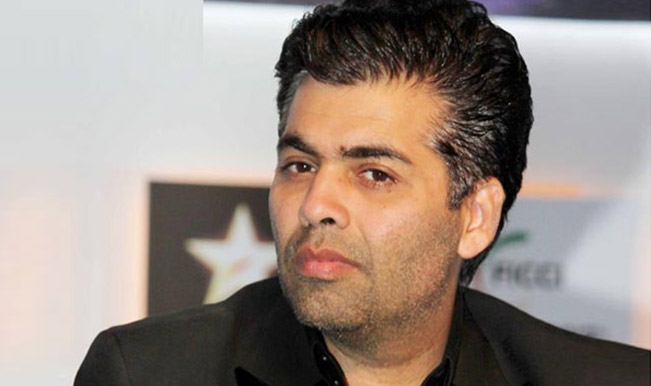 Also Read - Liger First Glimpse: From Chaiwala to Kickboxer, Vijay Deverakonda Shows The Punch We All Have Been Waiting For

Oh boy! You were cheap, vulgar and downright despicable at the much-talked about AIB Knockout Roast! But one found you unpardonably obnoxious, even more so, for being rather forced and miles away from your usual creative as well as socially responsible self. You may choose to neglect or snigger at this seemingly ‘just another opportunistic rant’ being vented here, if you get to lay your eyes on this open letter.

But the fact remains that you have betrayed your fans majorly for doing whatever you agreed to do at the AIB Roast—in the name of free speech, in the name of being humorous, being experimental or being your undiscovered-self.

Honestly, listening to the rhymes with which you concluded the AIB Knockout was repulsive. And puke we certainly did, not because of the vulgarity of the content, but the monotony and boredom you managed to set in from the barrage of gaalis (expletives) you spewed.

Recently, actor-filmmaker Aamir Khan nailed it on the head when he maintained that he did not appreciate your ‘showtime’ at AIB. He has gone past the stage where using gaalis was equivalent to being cool or humorous like a 14-year-old, he says. Seriously, was the show designed for teenage loony kids? Or for that matter, was it crafted for those wannabes who audition at a violent show like MTV Roadies, and get humiliated at the hands of a certain Raghu (Ram), whose only credential and claim to fame is the show itself? (That Alia Bhatt was laughing her lungs out at the AIB do is the matter of an entirely new discussion.)

But make no mistake. I am a huge Karan Johar fan. I have no qualms in admitting that I certainly am a big admirer of Brand KJo (the persona and the personality) that I thought I knew. I was wrong. And this admission was not strategically placed at the onset, just to launch a verbal attack on you later in order to feign a sense of balance and perhaps to keep the affair politically correct.

I admire you KJo for your exceptional verbal dexterity. Your spontaneity when it comes to discussion and debate on almost any social issue is unmatched. Your knowledge of aesthetics (yes, I thought twice before I could key in that adjective after your AIB antics) and your sartorial sense is admirable. The multiple hats you wear in various capacities—from being a filmmaker to a fashion enthusiast and from being a fine conversationalist to an engaging talk show host inspire many out there. Karan Johar rocks in various avatars!

But the facet that you portrayed at AIB roast—even if it was demanded to be taken in a lighter vein or with the proverbial pinch of salt—not just shocked me to the bits, but it made me feel disgusted to the core. Is this really the KJo I admired, if not exactly looked up to, in all these years? You cheated us and this ain’t a joke! And certainly not the one you could spin the next AIB gag around.

You just can’t walk away with a “If it is not your cup of tea…don’t drink it” tweet as your response to the backlash the AIB Knockout garnered. How could you and a host of other celebrities present have forgotten that such is the influence of a star or a celeb that fans almost always choose to drink tea, coffee or whatever it is that he or she endorses?

What made your stint at the AIB Knockout even worse was that you did not project yourself as a character on the platform. It was you, the real you, however confused, forced or ugly with words, setting a trend of an obnoxious kind—consciously or otherwise!

While sitting on the couch as the popular host of Koffee with Karan, we spotted you putting this question to your starry guest for being part of movies that did not do well at the box office. “So was that just a not-so-successful endeavour or was it all a learning curve?” We would like to put the same question to you, KJo. Was the AIB Knockout a grand mistake? Was it something that turned out to be completely different from what you expected it to be? Or are you just not bothered to answer that one, let alone issue an apology and move on? We are keen to hear from you on this.

Here’s a word of caution though. The lie-o-meter is not in your hand anymore! Did you hear it buzzing?