TOI has gone better in humiliating actresses like Angelina Jolie, Aishwarya Rai Bachchan by making comments about their physical attributes in one of their articles, titled – Hot Babes with Ugly Legs! 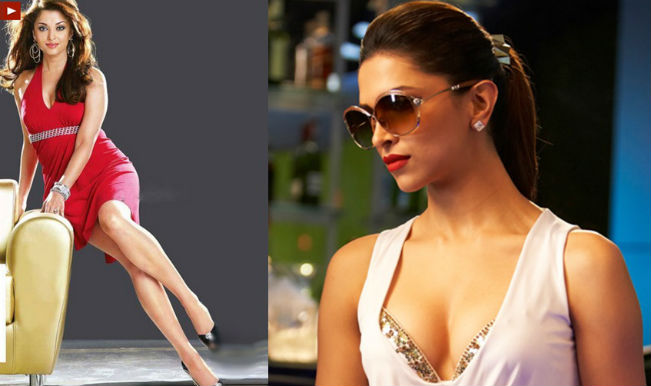 There is one thing that Deepika Padukone-TOI controversial ‘cleavage show’ episode has brought in notice, is the underlying notion about women by so-called educated class over the period of times. ‘Does size really matter?’ ‘Beauty or Brains’ ‘Dressing Appropriate’ – These are few terms that have been talked about and debated for a very long time. TOI Entertainment who has got embroiled in the infamous Deepika Padukone episode did go one better in humiliating actresses like Angelina Jolie, Aishwarya Rai Bachchan by making comments about their physical attributes in one of their articles, titled – Hot Babes with Ugly Legs, published recently. This shameful article was brought to attention by UK based, Independent. Also Read - NCB Did Not Give Clean Chit To Deepika Padukone, Shraddha Kapoor, Sara Ali Khan, Rakul Preet Singh, Actors To Be Summoned Again

Honestly, we live in a society where we see a new joke being made every second on the IQ of a ‘blonde’ girl or a ‘house’ wife or women in any profession, where do we draw the line? Women all over the world have been mostly sporting about these jokes; some even make their own versions. But has these jokes lost their humor or made us lose our humanity? Have we become mere judgers, judging people, especially women, by their clothes, weight, looks, dressing, make up, hair, skin colour, height, shoes and what not. Also Read: Deepika Padukone Controversy: The Times of Boobs hits out at journalists Also Read - We Don’t Even Smoke Cigarettes: NCB Shares Deepika Padukone, Sara Ali Khan, Shraddha Kapoor, Rakul Preet Singh’s Statement

We have been hearing about various incidents where women have been questioned and ridiculed on their dressing, take the recent Deepika Padukone case. The Happy New Year actress was subjected to all sorts of nonsense and was branded as a ‘hypocrite’ by TOI for expressing her views over the unethical way of portraying her wrong light! And now Times of India has turned itself into a physical-appearance police where they call Aishwarya Rai to cover her legs or that Aditi Rao Hydari, calling her a pretty actress with wobbly knees! Seriously?

We have people analyzing and scrutinizing a woman’s features, just because she happens to be an actress. Where are we heading with these judgments? Who made these social norms? Who said that an actress needs to have certain kind of legs, or she needs to dress in a certain way?

But we do not stop there, do we? We don’t just make judgments, we continue judging and we never open our eyes to the reality. The reality is that women, much like man, dress to please themselves. They wear what makes them comfortable and are happy that way. There is nothing wrong with being heavy and wearing short clothes, as long as you are comfortable.

Because women, much like men work very hard not to be called hot or sexy but just to enjoy the comforts of life. So for each and every person who asks what’s wrong with scrutinizing people on their looks and weight and clothing, I ask this question, if you work hard, day and night and earn millions of rupees and then one fine day you are questioned and ridiculed because ‘your thighs are fat’ how would you feel?

If you worked very hard every day on a deal and lost it because you ‘look ugly’ or have ‘wobbly knees’ how would you feel?

If you were out partying with your close friends and had a blast, but the next day your Facebook wall is full of comments on how the clothes you wore, you liked, made you ‘less’ Indian or honorable, how would you feel?

If reading this made you realize what is wrong with objectifying, then share this knowledge, if not, well judgers go judge.