Bachchan's are back from their family vacation.

Aishwarya Rai Bachchan, Abhishek Bachchan and daughter Aaradhya Bachchan had recently jetted out of the city to enjoy some quality family time and to ring in Abhishek’s 42nd birthday in Sydney, Australia. Today, the trio was snapped at the Mumbai airport as they returned to the Bay. Earlier today, we saw a picture doing the rounds on social media, where Aishwarya, Abhishek and Aaradhya were enjoying their pizza and coffee like normal people at an eatery in Australiaa fan, who recognised them, took a picture of the trio and shared it on social media, which instantly had gone viral. Also Read - Kangana Ranaut Hits Back at Jaya Bachchan: Would You Say This If Shweta Was Beaten, Drugged, Molested, Abhishek Was Bullied

Bachchans were snapped as they were returning to the city, making their way out of the airport. In the picture, Abhishek and Aishwarya were seen holding Aaradhya’s hand and it’s super adorable sight. While Aishwarya was seen donning a grey T layered with a black jacket and jeans, Abhishek sported a white T-shirt and over jacket with denim. Aaradhya looked pretty in a neon top layered with a denim jacket and skirt, as she strikes a pose with her mommy and daddy. Gone are the days when Aishwarya and Abhishek used to protect Aaradhya from shutterbugs as they made their way in public; she seems to have developed quite a bond with shutterbugs. ALSO READ: Aaradhya Twins With Mommy Aishwarya Rai Bachchan As They Return To The City – View Pics Also Read - Sara Ali Khan's Blue Lipstick Look Goes Viral: Here's When Bollywood Divas Surprised All With Their Unusual Lip Colours

Check out the pictures here: Also Read - VIDEO: Abhishek Bachchan Expresses Gratitude Towards Everyone Who Wished Him Speedy Recovery 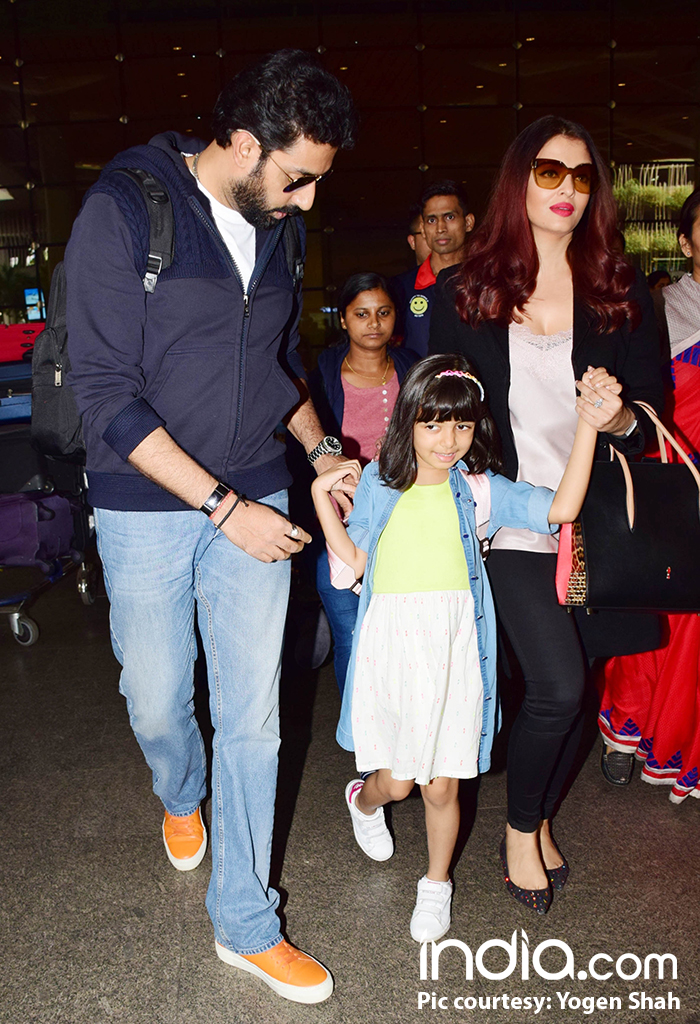 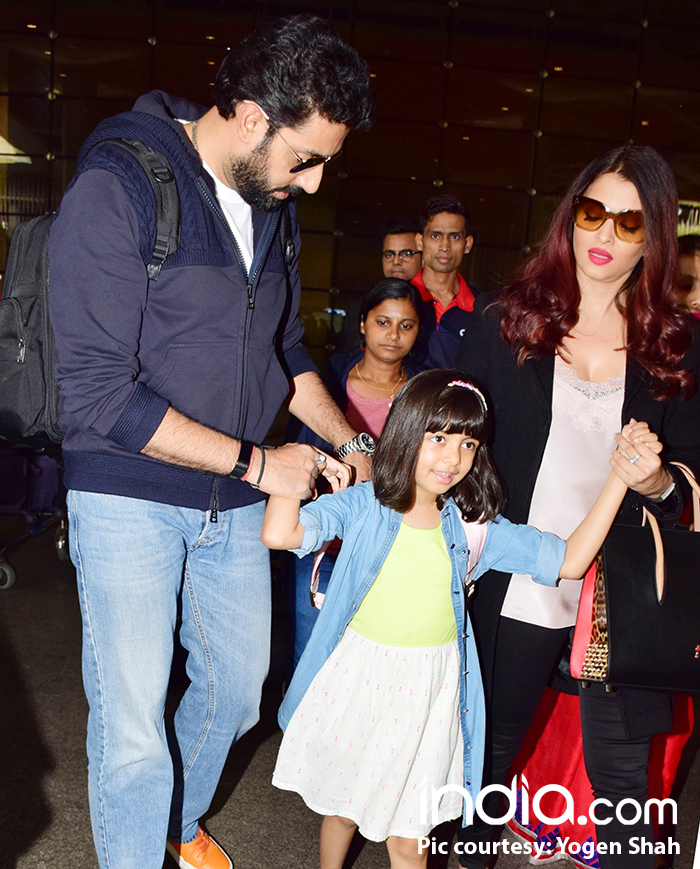 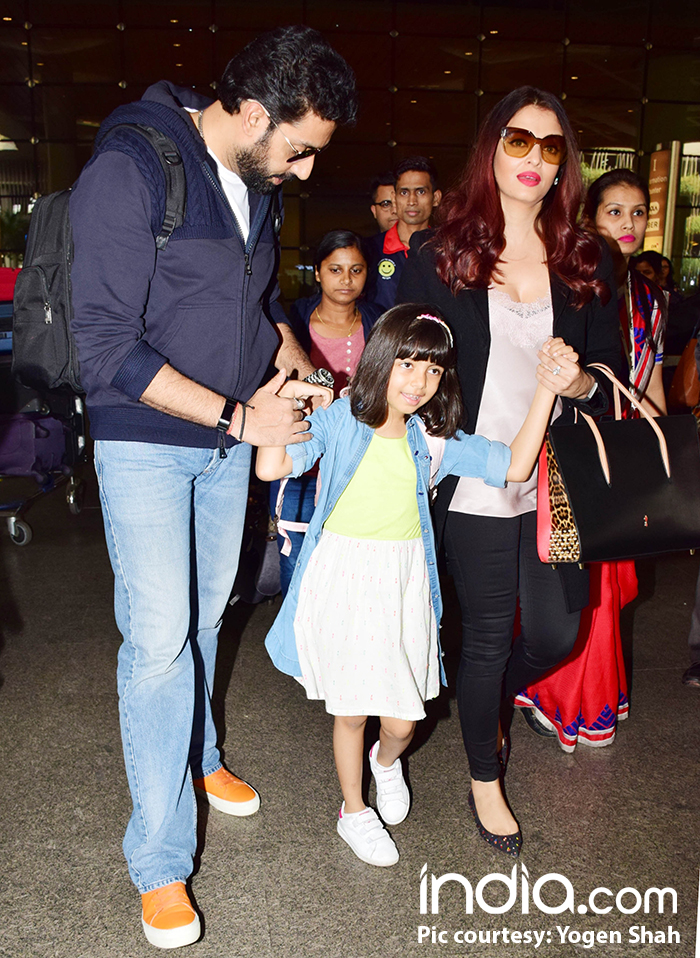 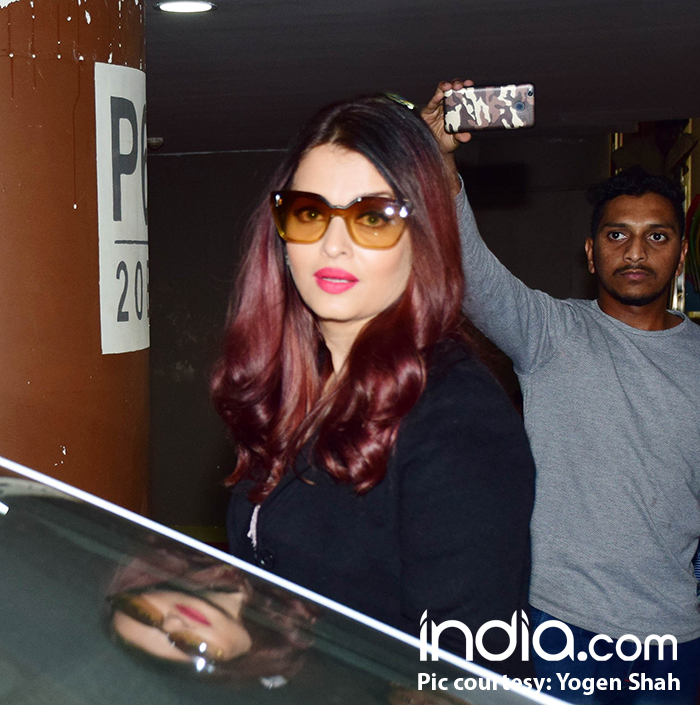 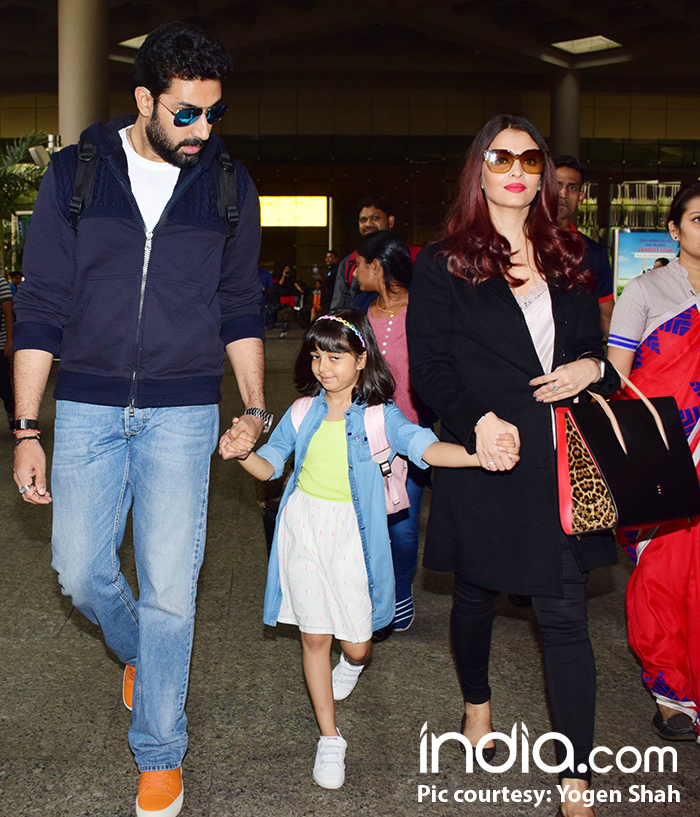 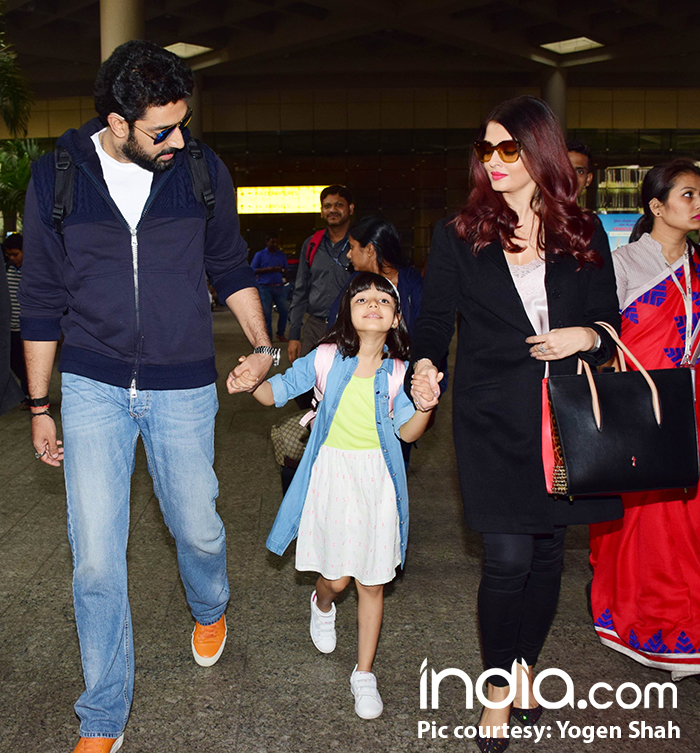 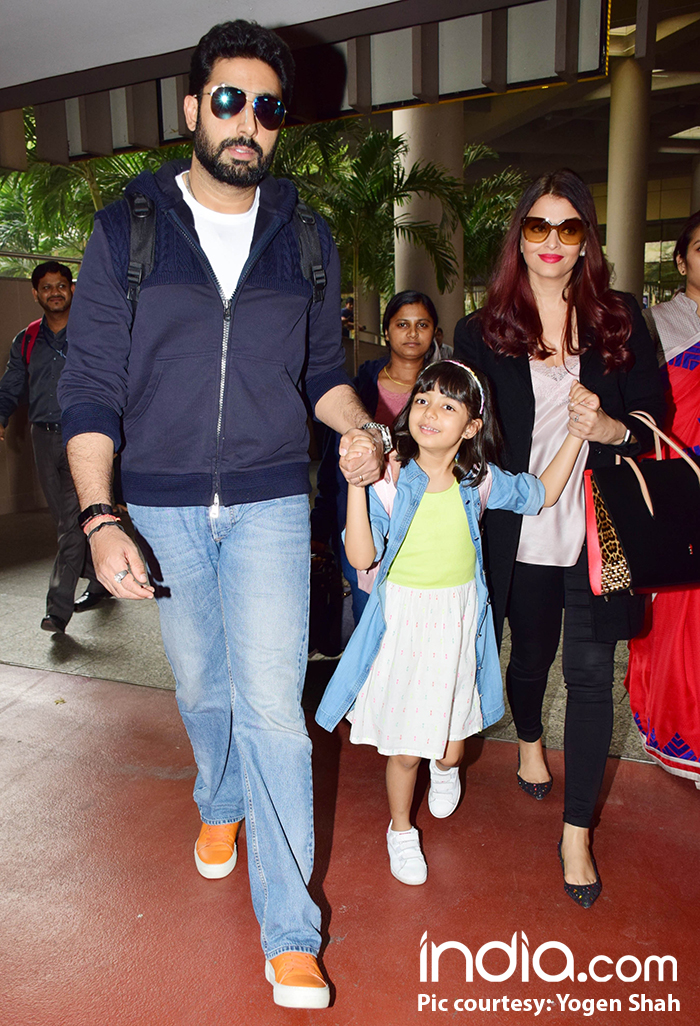 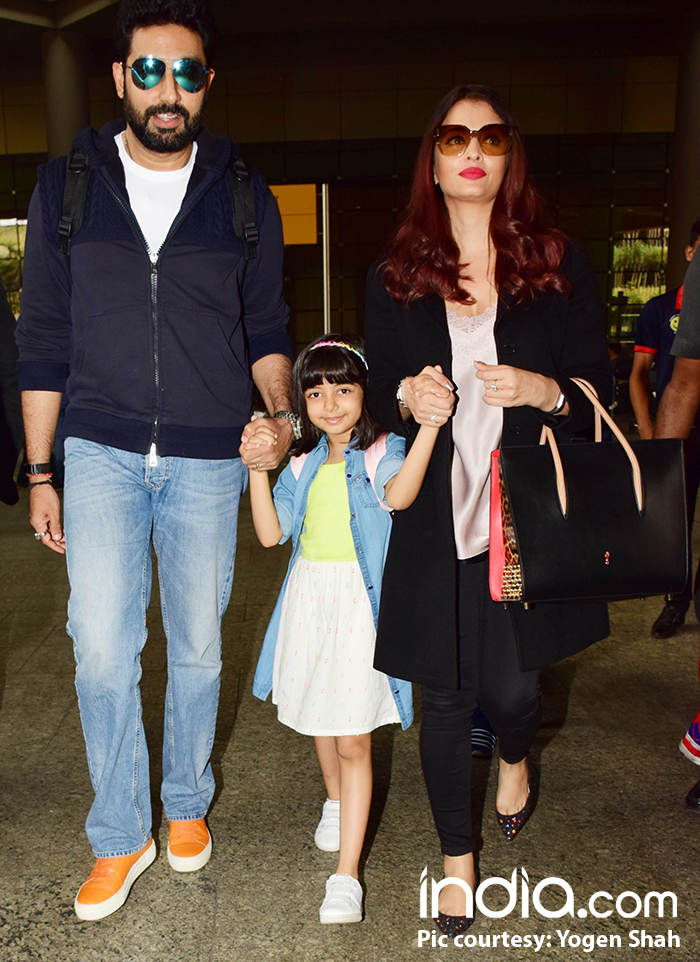 Speaking of their Sydney trip, in a statement to Pinkvilla, a source had revealed, “Aishwarya has a brand event in Sydney and Abhishek and Aaradhya decided to accompany her. They will be staying back to celebrate his birthday after the event and then return to Mumbai. They fly to Sydney on February 1, reach on 2nd and the event is on the 3rd. They will stay back a couple of days after that after bringing in Abhishek’s birthday on February 5th and return on the 7th. Ash had first visited Sydney last year solo, for a brand event and loved the city. She wants to show it around to Abhishek and Aaradhya.” ALSO READ: Aishwarya Rai Bachchan, Abhishek Bachchan And Aaradhya Enjoy A Pizza Date In Australia – See Pics

On the professional front, Aishwarya Rai Bachchan will next be seen in Fanne Khan opposite Rajkummar Rao and Anil Kapoor. The movie is slated to release in June this year. The actress will also be seen in Raat Aur Din remake; where she will be essaying a double role. Speaking of Fanne Khan, Aishwarya recently wrapped up shooting, while Abhishek will begin shooting for Aanand L Rai’s Manmarziyan. Watch this space for further updates.