The family was spotted as they were exiting the restaurant.

Aishwarya Rai Bachchan is one of India’s best known and best-loved actresses and has fans all over the world. It is impossible for the actress to enjoy quality time with her family at public places without being noticed or recognised by fans or media. On Tuesday, Aishwarya was out with her six-year-old munchkin, Aaradhya Bachchan and her mother Vrinda Rai for a quiet family dinner at upscale restaurant Yauatcha at the Bandra Kurla Complex, Mumbai. The family was spotted as they were exiting the restaurant. Also Read - Aishwarya Rai Bachchan Fans Are in Shock to See Sneha Ullal’s Latest Pics, Call Her ‘Aishwarya Ki Xerox’

While Ash looked elegant as she wore a long, close fitting calf length skirt and teamed it with a white shirt, Aaradhya looked nothing less than a doll, wearing a glittering peach-coloured flock with a matching hair band and shoes. Ash’s  mother, Vrinda had sported green salwar kameez. Going by the recent pictures, we can totally say that Aaradhya has stolen all the attention from her superstar mommy, when she happily posed for shutterbugs and waved at them. Well, you can’t help but find a streak of glamour running in the genes of this star kid, can you? Also Read - Pratik Gandhi: Bollywood Portrays Gujaratis in a Certain Way, They Make it More Caricaturish | Exclusive

Aishwarya and Abhishek Bachchan‘s little munchkin is no less than a celebrity. Gone are the days when Aishwarya and Abhishek used to protect Aaradhya from shutterbugs as they made their way in public. Now, the little star seems to have developed quite a bond with shutterbugs as she never shies away from striking a pose for them. ALSO READ: Aishwarya Rai Bachchan Just Posted An Adorable Picture With Aaradhya And It Is All About Love Also Read - Ranbir Kapoor’s Old Video With Aishwarya Rai Bachchan And Rishi Kapoor at Music Launch of Aa Ab Laut Chalen Goes Viral- Watch 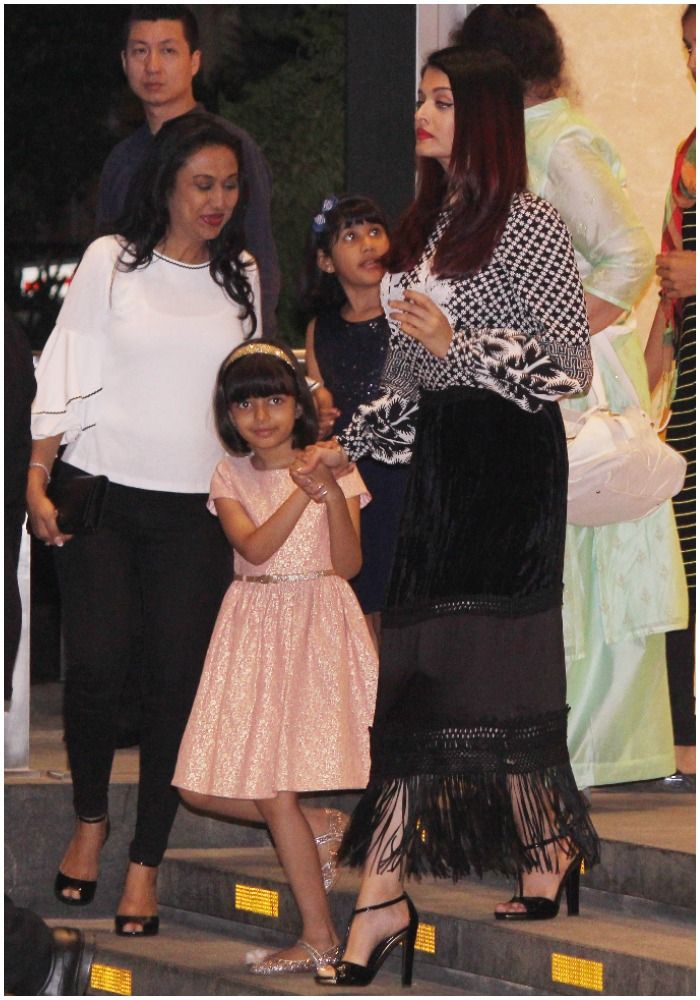 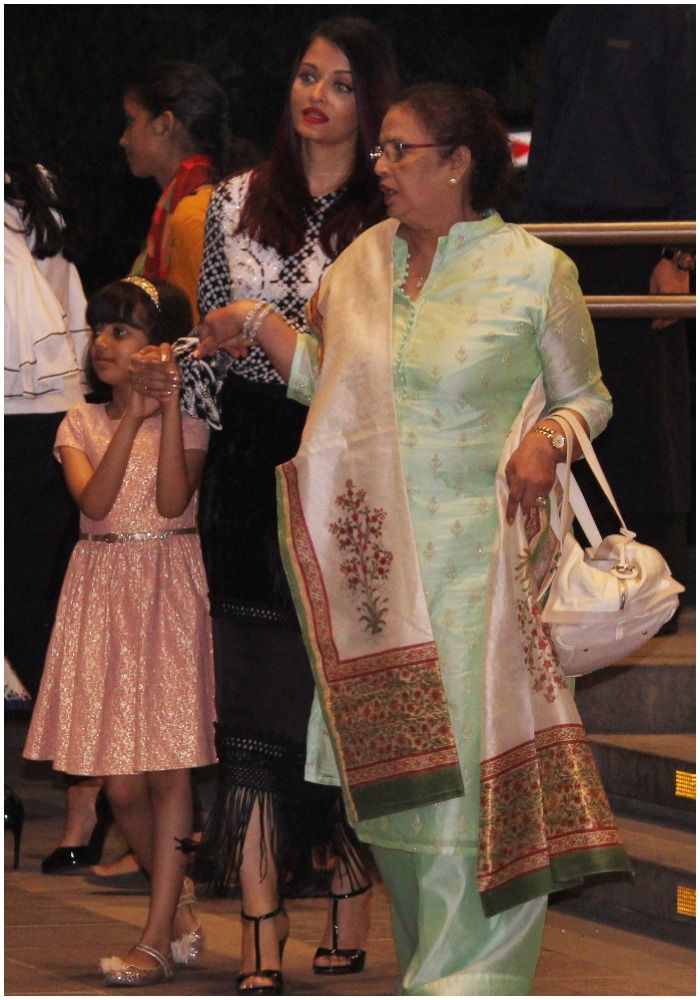 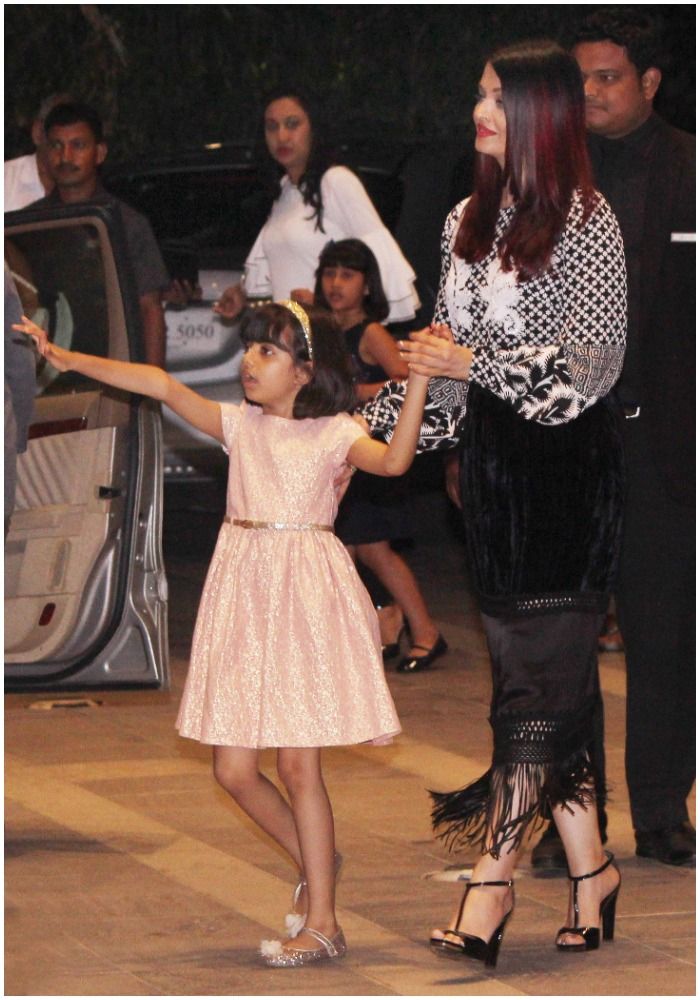 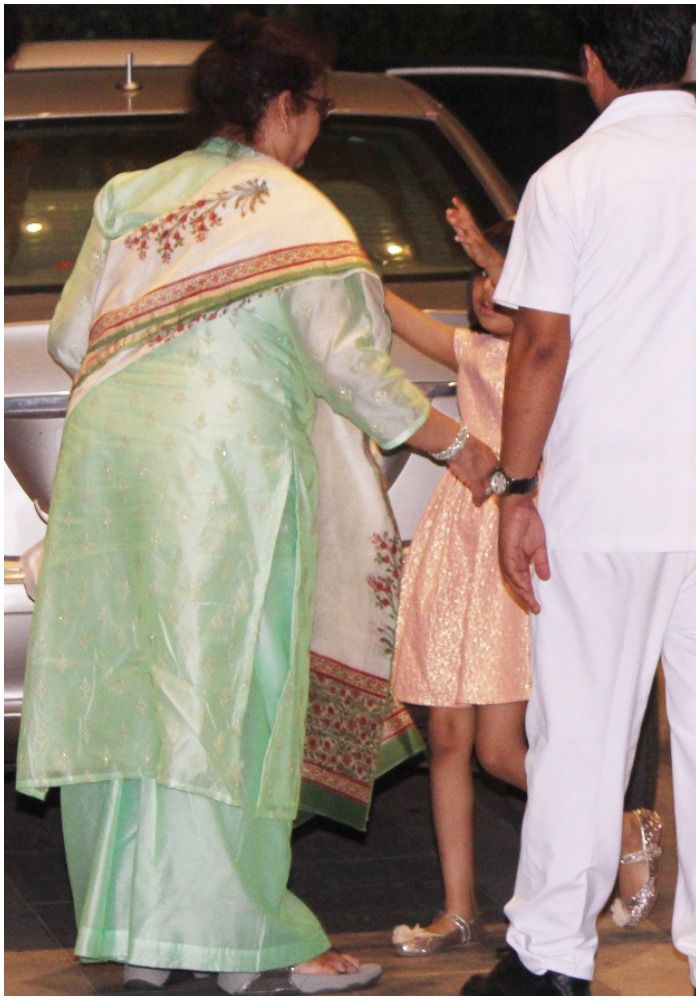 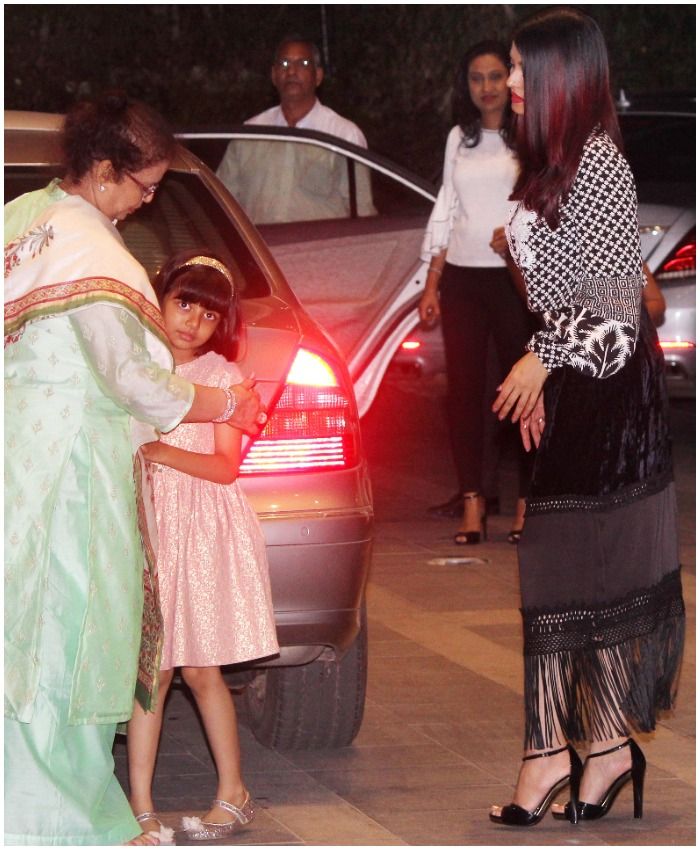 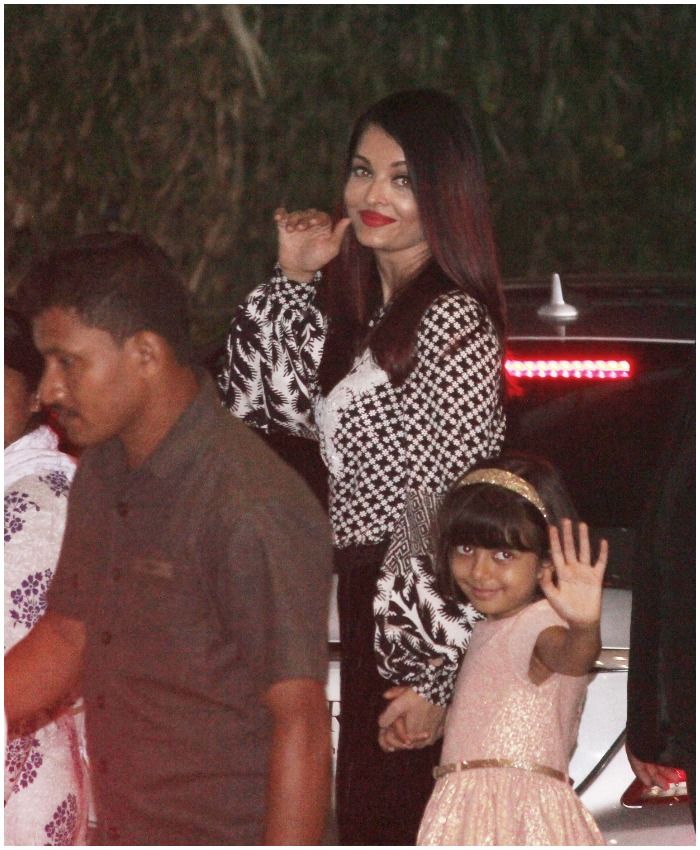 On the professional front, Aishwarya Rai Bachchan will next be seen in Fanne Khan opposite Rajkummar Rao and Anil Kapoor. The movie is slated to release in June this year. The actress will also be seen in Raat Aur Din remake; where she will be essaying a double role. Watch this space for further updates.