Wouldn’t it be a delight to watch two of the most talented actors and Bollywood’s best buddies Ajay Devgn and Sanjay Dutt on the screen together? Well, our wish might be a little far fetched for now, but we do know what happened when the two real Khatron Ke Khiladi came face to face on the sets of the action packed reality show. Also Read - The Big Bull Leaked Online, Full HD Available For Free Download Online on Tamilrockers and Other Torrent Sites

We hear that the two stars were on the sets to promote their respective films – Bhoomi and Golmaal Again. While Sanjay Dutt’s Bhoomi is releasing this week (September 22), Ajay Devgn’s Golmaal Again trailer is set for a release on the same day as well. Both the actors share a great bond with Rohit Shetty and therefore, it is no surprise that they headed to the popular reality show to promote their films. Also Read - Sanjay Dutt’s Sexist Rant on How to be a 'Real Mard' in This Old Ad Will Make Your Blood Boil | Watch

The two actors sent the media shutterbugs in frenzy as they posed together today evening at the studio in Madh Island, Mumbai just before shooting for Khatron Ke Khiladi 8. Watch the clip and pictures below to know what ensued when the two superstars came together in one single frame. Also Read - How Ajay Devgn-Kajol Helped Mahima Chaudhry After Her 'Career-Threatening Accident' 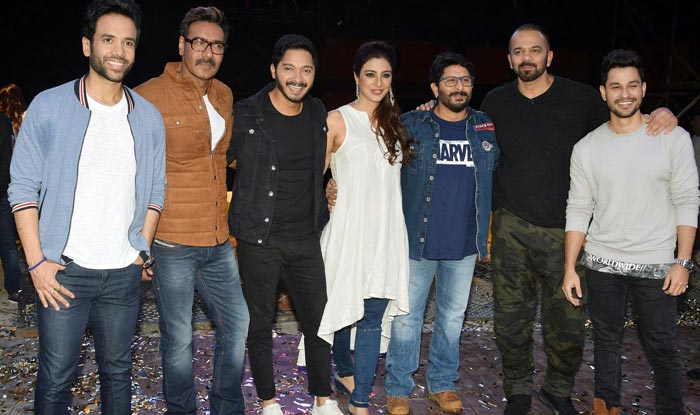 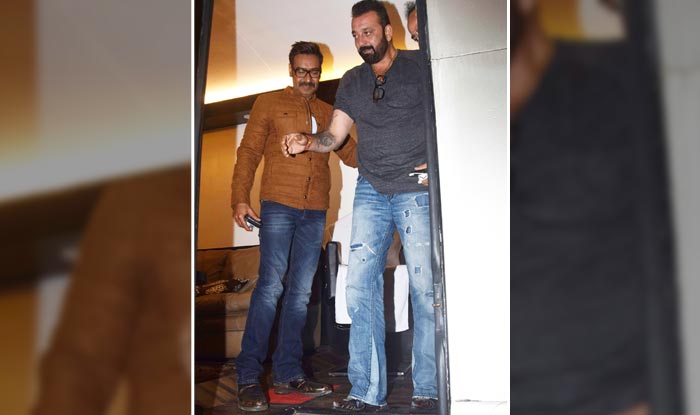 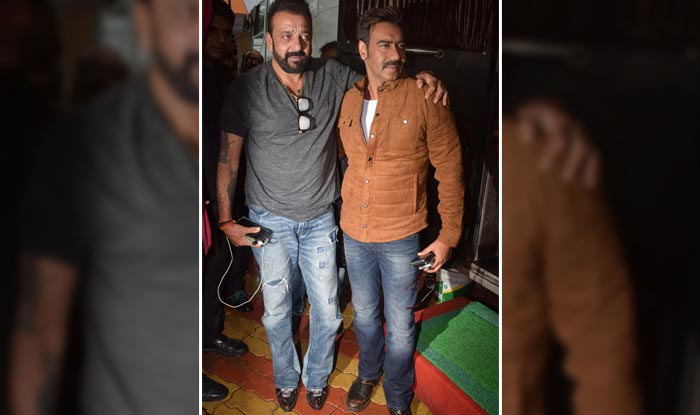 Ajay Devgn was accompanied by his Golmaal 4 gang comprising Tabu, Shreyas Talpade, Tusshar Kapoor, Kunal Kemmu and Arshad Warsi. A source present at the sets tells us, “Ajay and his Golmaal team were in the middle of the shoot when Sanjay Dutt arrived on the sets and joined them. The Golmaal gang took a break to meet Dutt and the lot indulged in some fun banter on the sets while talking about their upcoming films.”

The episodes are slotted to be aired on the upcoming Saturday and Sunday ensuing a double treat for all fans of Khatron Ke Khiladi 8, Ajay Devgn and Sanjay Dutt.