Ajay Devgn-Kajol Love Story: No Flowers, I Love Yous or Gifts, Just a Promise of Staying Together Forever

Ajay Devgn and Kajol love story: Kajol didn't like Ajay in their first meeting, The two were dating different people when they first did a film together. They never said 'I love you' to each other and just like that they built a family away from media glare or any Bollywood showsha.

It was not a love at first sight experience for Ajay Devgn and Kajol but once they decided to stay together they never looked back. Both Ajay and Kajol have grown up in film families. There was no way that the allure of the stardom or each other’s popularity among the audience mattered. What was important was that they clicked, found common ground in always media attention, and lived a life so private that had there been no release of their wedding photos, no one would have believed that they actually got married. Also Read - Ajay Devgn Birthday: 11 Famous Dialogues of Actor That Every Movie Buff Knows by Heart

The two actors first met on the sets of 1995 film Hulchul. Kajol was not the first choice for the film. Actor Divya Bharti’s sudden death got Kajol a last-minute entry on the sets and she met Ajay there. It was just sheer coincidence that she met Ajay while shooting for this film and made a bad impression of him. In her interview later, she had confessed that she never liked Ajay and how he was always found sitting in the corner smoking cigarettes. Being a jolly person, Kajol didn’t gel well with those introverts and Ajay was always on the top of his introvert personality. Also Read - Happy Birthday Ajay Devgn: 5 Movies of Tanhaji Star That Are Sure to Drive Away Your Quarantine Blues 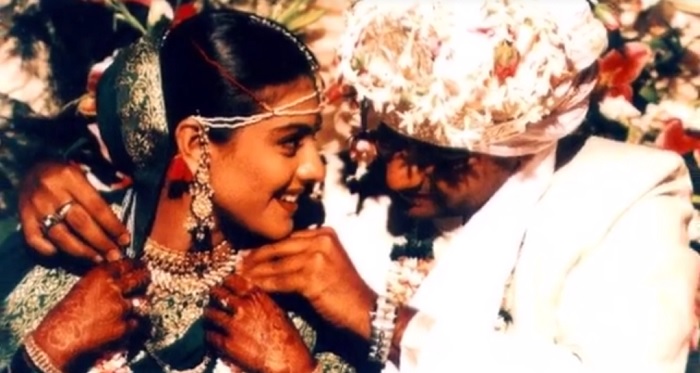 Neither Kajol nor Ajay realised but things started changing for them on the sets. As they shot for more scenes together, they became good friends. The bonding between the two grew stronger. So much so that Kajol started taking relationship advice from him. The two were dating other individuals in life while shooting for Hulchul.

Both these relationships couldn’t survive for long and when Ajay and Kajol met on the sets of their next film, something changed between the two. Their friendship turned into silent gazes and an exchange of shy smiles. Kajol and Ajay began dating each other and continued to hide their relationship with everyone for the next four years except their few friends and industry people who get to know when there’s a spark between the two actors on the sets of a film. 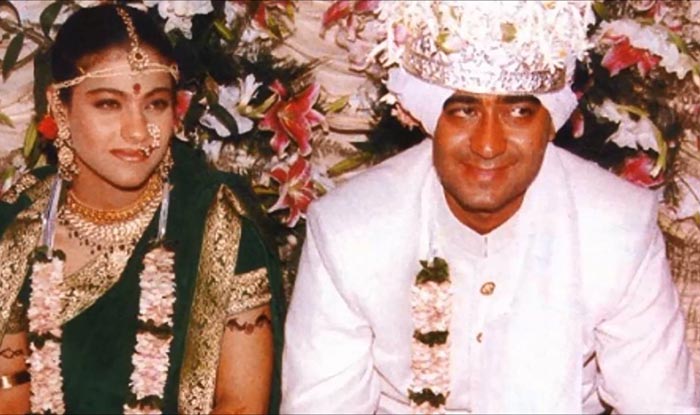 During the shooting of her film Kuch Kuch Hota Hai (1998), Kajol met with an accident after which she suffered short-time amnesia and couldn’t recall anything. It was then when the film’s director Karan Johar and co-star Shah Rukh Khan made a call to Ajay and had him to chat with Kajol. The moment she heard Ajay’s voice on the call, she started to feel better. Such was the magic of their chemistry.

It was next year in February, just three months after Kajol’s film became a super-hit that she and Ajay decided to get married without any showsha, in quite an unlikely Bollywood wedding. The duo tied the knot in a traditional Maharashtrian wedding ceremony. The private function was organised on the terrace of Ajay’s residence and was attended by only a few close friends and family members. Kajol got dressed in a simple green silk saree while Ajay wore a white sherwani. There was no extravaganza. It was a small wedding where rituals were performed and Kajol-Ajay vowed to be with each other forever in happiness and sorrow. 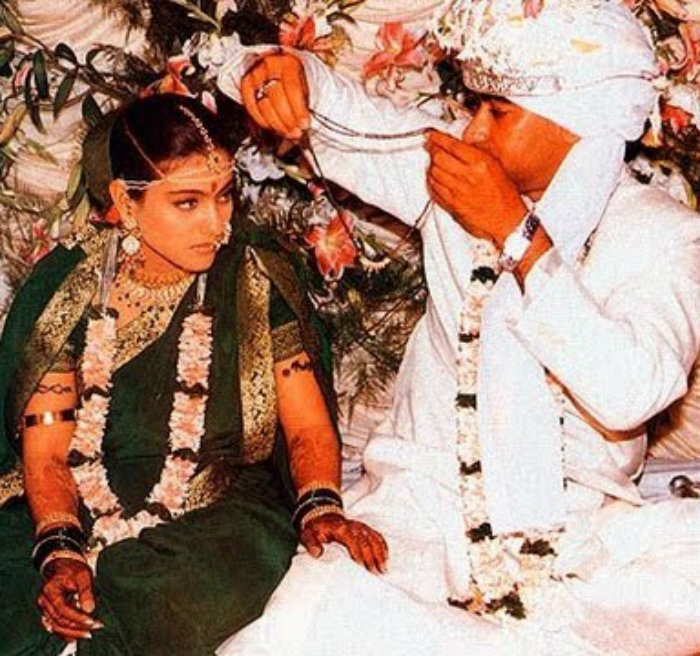 Later, when the pictures got leaked, the entire hell broke loose. No one could believe that two actors who were on the top of their careers, would decide to get married without any media glare. Later, in an interview, Ajay described the mood around their wedding in the best way. He said, “We became friends, and then realised we are seeing each other. One day, we decided to get married. I didn’t want to make a big issue out of my marriage. So, I came out of my bedroom, got married on my terrace, went back to my bedroom.”

Kajol stepped away from her regular film duties and dedicated herself to the family for a while. She kept appearing in a few films that interested her or challenged the actor in her. Ajay kept doing films and mastered his image of being an angry, introvert boy who could perform action like no other on-screen. 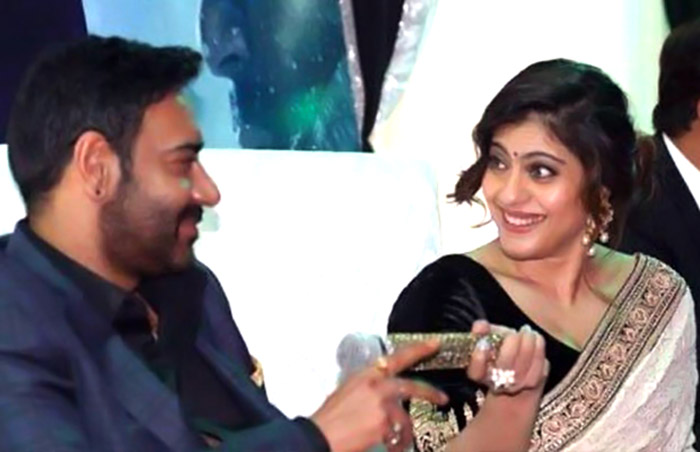 The couple got blessed with a daughter four years after their marriage. She was named Nysa Devgn. In 2010, seven years after Nya was born, Ajay and Kajol welcomed a baby boy and named him Yug Devgn. The two kept their kids away from the media and the usual attention that the star-kids get until Kajol joined the social media and started uploading many family pictures flaunting the beautiful bonding that they all share.

Neither Kajol nor Ajay ever said ‘I Love You’ to each other or made moves to make each other feel special. They both knew that it was love and they were going to get married. Not everything was said but everything was understood. This was the couple who never believed in sending flowers or gifts to each other, who never fell for the artificial things in a relationship but just worked on their feelings for each other. A rare and beautiful love story!