Akash Ambani and Shloka Mehta got engaged in Goa on Saturday

Mukesh Ambani and Nita Ambani’s elder son Akash Ambani and diamond magnate Russel Mehta’s daughter Shloka Mehta’s got engaged on Saturday in a hush-hush ceremony in Goa. The do was attended by close family and friends mostly and boasted of no Bollywood presence, quite surprisingly we know. However, the family threw a post engagement bash today in their Mumbai home for the who’s who from the world of cinema and business. The likes of Shah Rukh Khan, Katrina Kaif, and Karan Johar were amongst the first ones arriving at the Ambani house to wish the newly engaged couple a happy life ahead. Also Read - Deepika Padukone Reunites With Shah Rukh Khan For Pathan, To Start Shooting Today

Even though Aamir Khan is back in the city from the shoot of Thugs Of Hindostan in Jodhpur, we saw Kiran Rao making a solo entry. This comes as a surprise amid reports that Ambani will be bankrolling his mega budget period film on Mahabharata. Aishwarya Rai Bachchan and daughter Aaradhya looked like a Queen and a princess as they walked in. John Abraham, filmmaker Rajkumar Hirani and family, Zaheer Khan and Sagarika Ghatge amongst others were seen attending the do. Also Read - Siddhant Chaturvedi On Working With Deepika Padukone: I Am Living Out Of A Dream In Every Possible Way

Coming back to the couple, according to reports, the duo’s families have known each other for years, when Shloka was just four years old. The wedding is touted to happen in December this year in a true-blue big fat Indian wedding style. Earlier today, the family was seen seeking blessings at the Siddhivinayak Temple, Mumbai. The couple were beaming in all their pictures – be it from the Goa engagement, or from the temple or now, from the ongoing post engagement party. Check out the pictures below: Also Read - Twitter Engagement Rankings: Kunal Kamra, Tejashwi Yadav Score Big | Full List of Winners 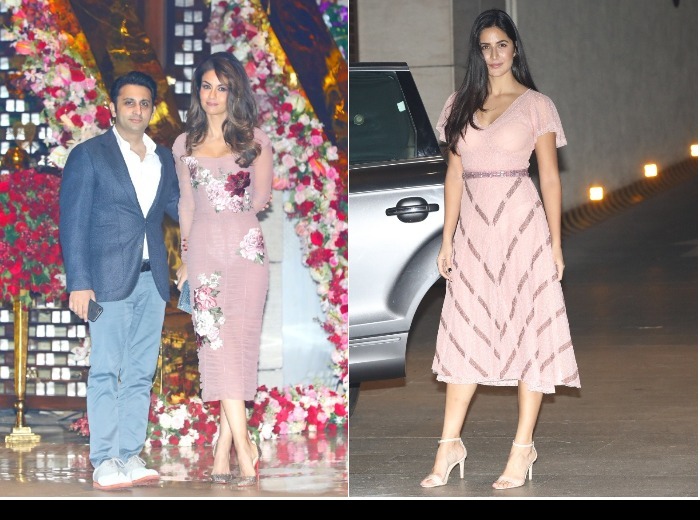 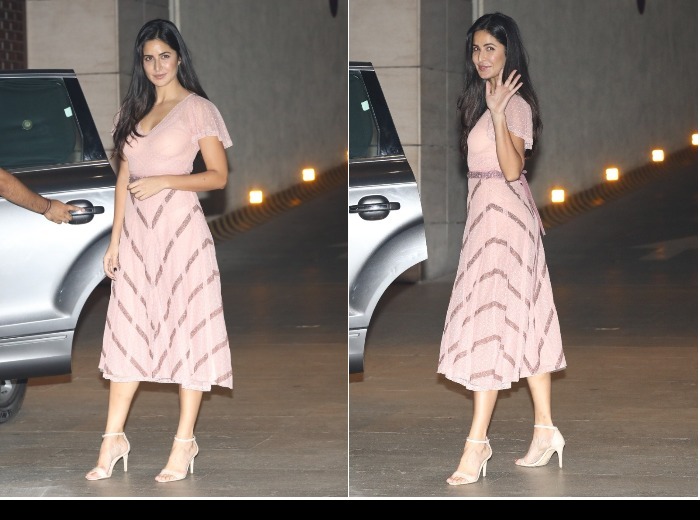 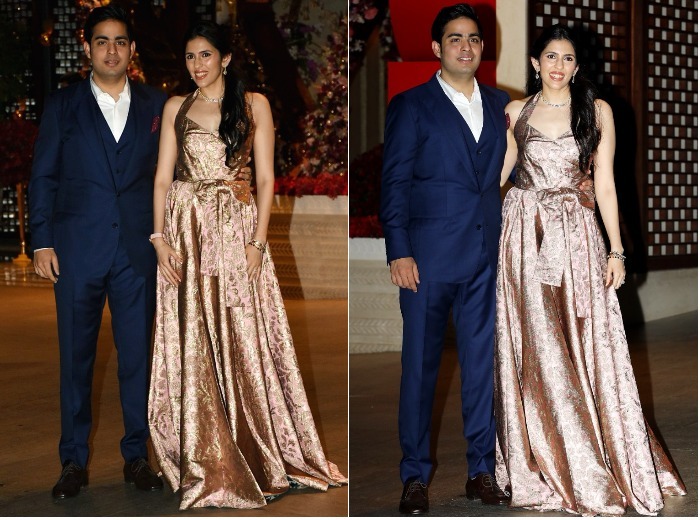 The couple of the moment – Akash Ambani and Shloka Mehta 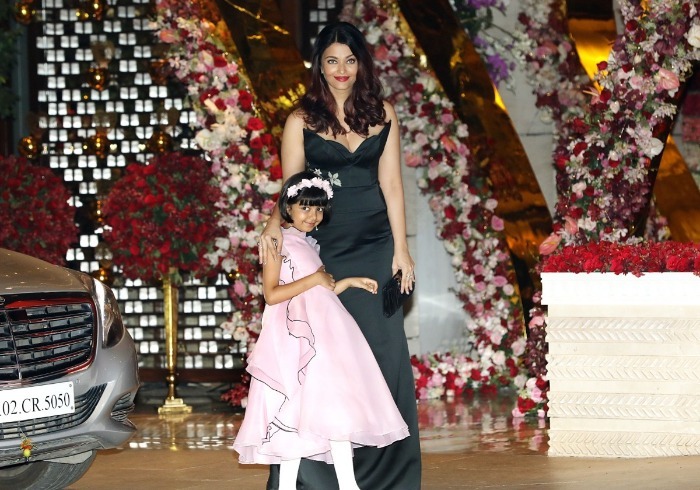 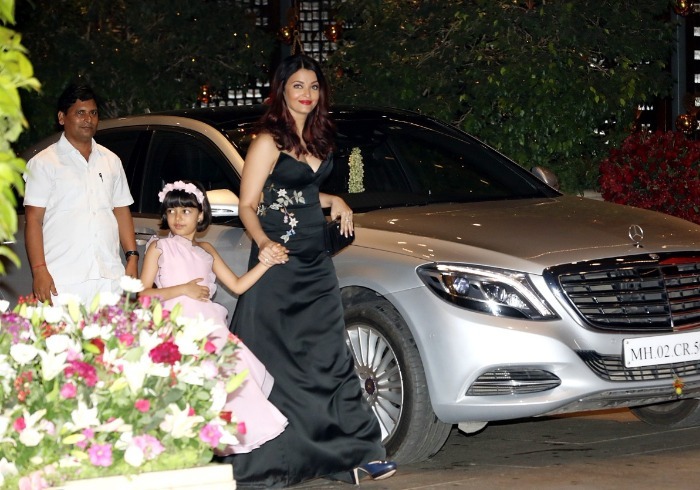 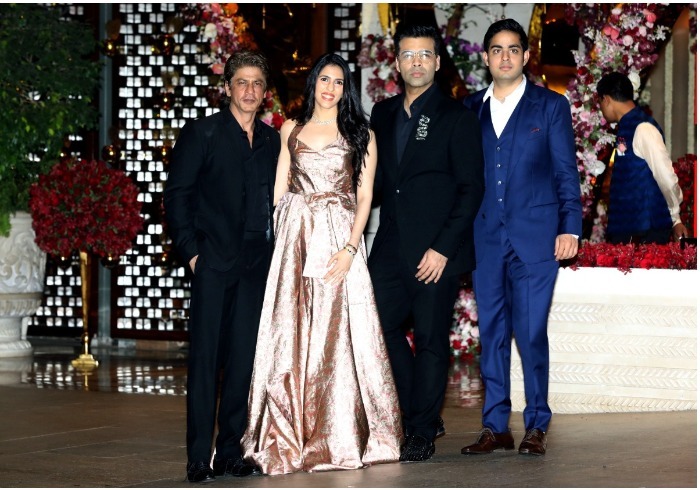 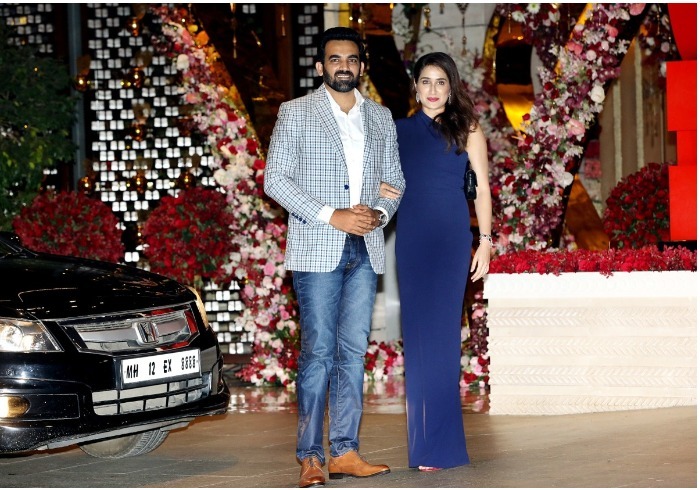 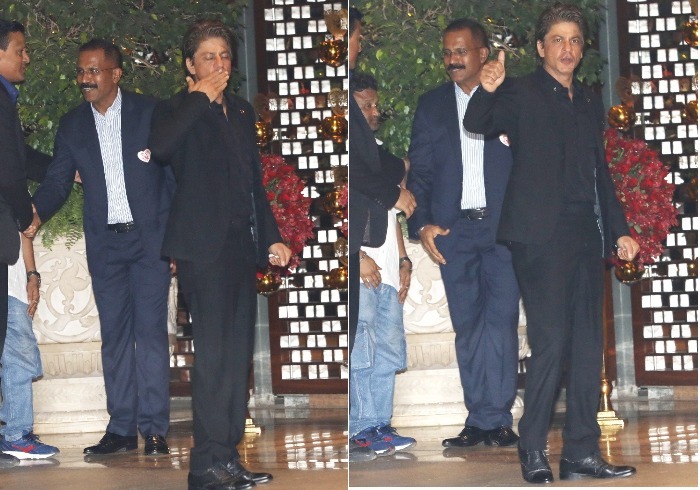 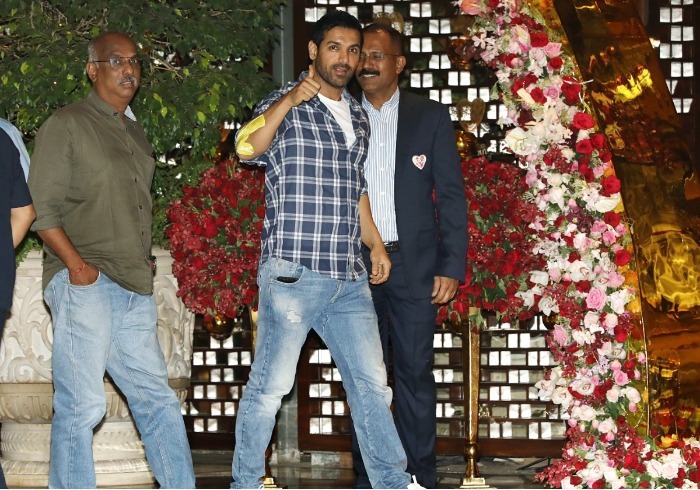 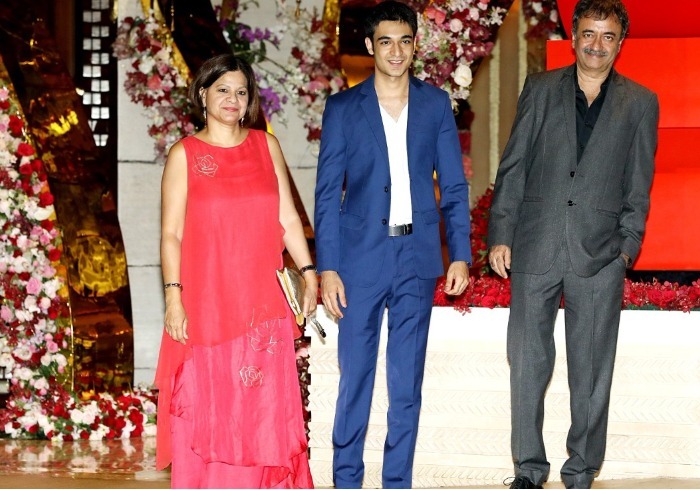 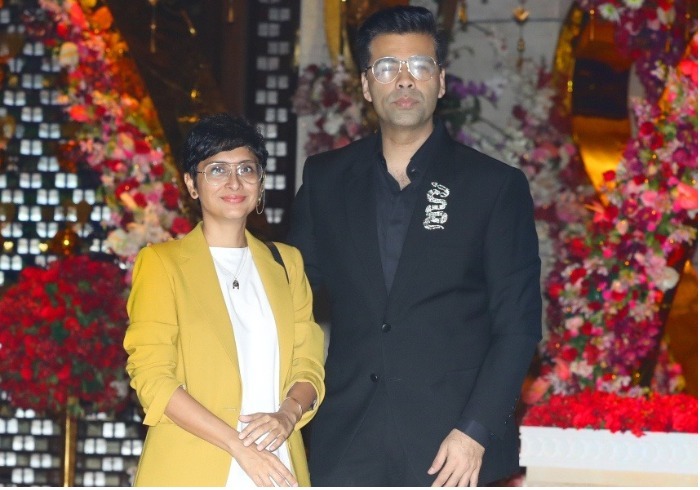 According to reports, Akash Ambani and Shloka Mehta are said to have studied together at the Dhirubhai Ambani International School (DAIS). Their families hail from Gujarat and have been friends since years. Shloka’s father owns and runs Rosy Blue Diamonds that is said to be one of the world’s largest diamond trading entities. Akash and Shloka are slated to get married later this year in a 5-day long wedding ceremony to be held at a five-star hotel in Mumbai.