Popular South actor Nagarjuna’s younger son Akhil Akkineni got engaged to his long time girlfriend Shriya Bhupal. The engagement ceremony was a family affair as not many guests were invited. Still it was a lavish affair. There was lot of gaana bajaana and fun activities which took place during the ceremony. The actor is head over heels in love with Shriya. Actor Akhil is in a long term relationship with fashion designer Shriya Bhupal. Akhil’s ladylove Shriya is the daughter of industrialist Shalini Bhupal and granddaughter of GVK Group’s head GVK Reddy. We heard that Shriya has designed outfits for Alia Bhatt, Rakul Preet and Shraddha Kapoor. Also Read - Akhil Akkineni Gets Injured on Sets of Most Eligible Bachelor, Shoot Haults For a Week

“Akhil and Shriya have been a dating for a long time now and have informed their families about their romance. The talk about engagement is too premature,” says a source close to the Akkineni’s. Akhil and Shriya would get hitched next year. The couple have a destination wedding in Italy. According to sources, the marriage will be taking place sometime in February 2017 and it will be a destination wedding. There is no official announcement by respected families of the couple yet. The wedding will be held in the country’s capital Rome. Also Read - Akhil Akkineni's Former Fiancee Shriya Bhupal Ties The Knot With Anindith Reddy at Chateu De Chantilly in France - View Pics

The invitation card of their engagement ceremony which hit the internet in the last week of November, put all the rumors to rest. “With the blessings of SMT Annapurna and Sri Akkineni Nageshwara Rao, we take immense pleasure in inviting you to the engagement ceremony of our son Akhil with Shriya, Daughter of Shalini and Somanadri Bhupal on Friday, 9th Demember, 7:00 PM at GVK House – Amala and Nagarjuna Akkineni,” the statement on the invitation read. Also Read - Ram Gopal Varma To Direct Nagarjuna's Son Akhil Akkineni In His Next?

We even heard that 600 guests from across the globe are expected to grace the event. Akhil and Shriya have been a dating for a long time now and have informed their families about their romance. The talk about engagement is too premature,” says a source close to the Akkineni’s. A source was quoted by Times of India saying: “Italy is one destination that’s on their minds as of now. A recce of sorts was done in Naples, but a fancy venue in Rome could also make the cut.” “The wedding will be a grand one. Around 600-odd guests will be flying in to Italy from all around the world,” the source also told Times of India.

As per reports, actor Lakshmi Manchu and few others performed in their engagement ceremony. Akhil’s engagement pictures are going viral on social media and internet is going crazy over it. Talking about the pictures, Akhil Akkineni and Shriya Bhopal were spotted with their parents.

“My genius director Vikram is coming up with some really new age stuff! Very exciting times and I’m so happy the wait has been worth it Pre production going on full swing, will update with all details very soon. Finally everything has surfaced and almost set to go. For the last one year patience has been my best friend. Time can move along very slowly but it picks up eventually and at the right time,” Akhil Akkineni tweeted on 7 December.

Have a look at their adorable pictures: 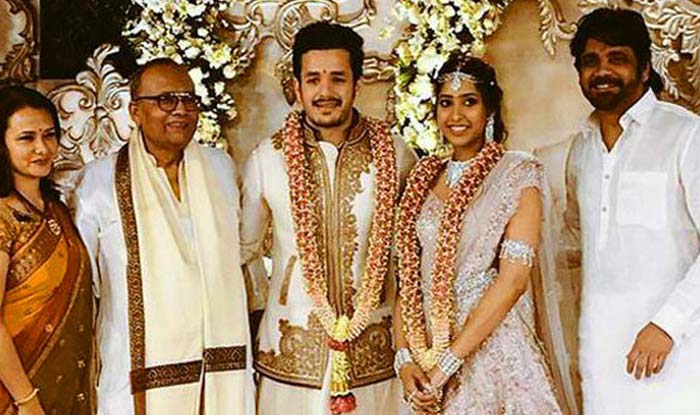 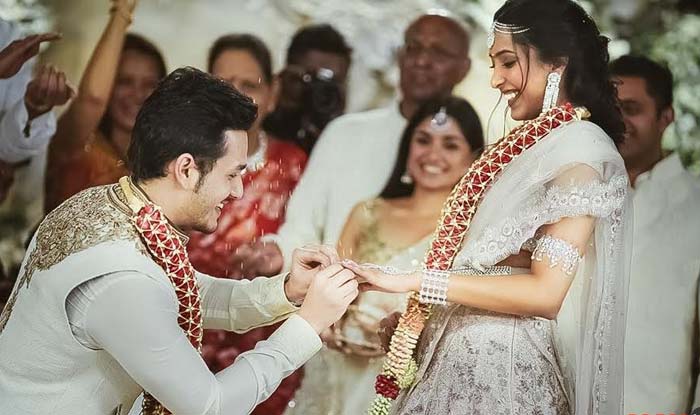 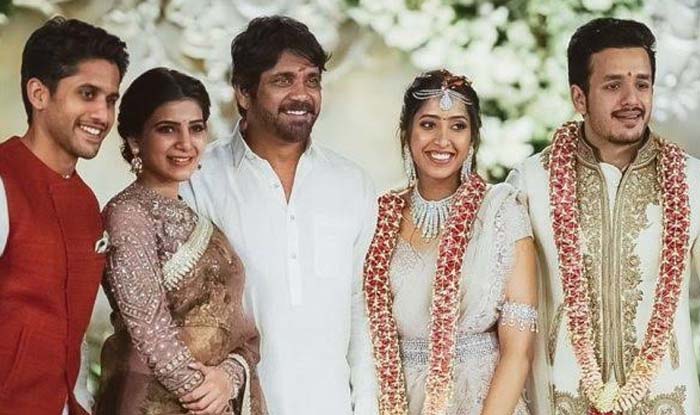 Few days back, Akhil was asked about his rumored engagement to his girlfriend he was quoted by IANS saying, “You have heard that I am engaged? No, that is untrue. I am not yet engaged. All I’ve done is, introduced the girl that I’m seeing to my parents. That’s all.” In the same interview, Akhil refused to name his girlfriend and said: “She is a family friend. I’ve known her for a long time. She is very far removed from the public glare. So, until there is some major development in our relationship, I’d like to keep her away from the media for as long as I can.”

Meanwhile, we heard that Akhil is a bit busy these days as he will be sharing screen space with Bollywood actor Arjun Kapoor. The both are being considered for Telugu and Hindi remake of Dulquer Salmaan-starrer Kammati Paadam. Congratulations to the couple!