Aki Narula: I like donning different hats of creativity

I am more behind the scene, but you will see me right up there very soon,” he said. 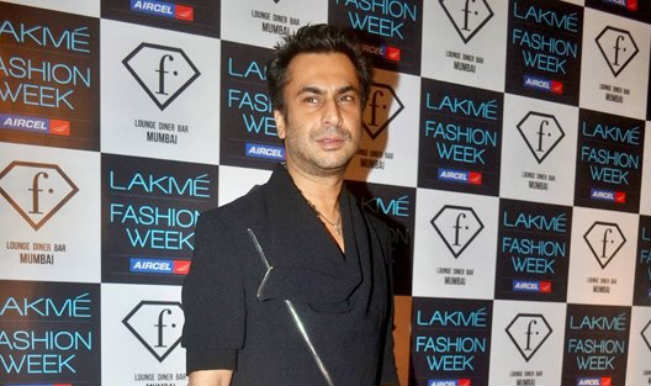 New Delhi, May 28: A fashion designer, a costume designer and a stylist to the cinestars, Aki Narula, known for promoting mostly street style, says he enjoys wearing all hats and likes to take challenges when it comes to creativity. (Read: Leaked video from Ranbir Kapoor, Deepika Padukone’s Tamasha!) Also Read - It Took 5 Whole Years For People to Appreciate Tamasha Starring Deepika Padukone And Ranbir Kapoor

“I’m one of those people who likes to do different things. I like being challenged creatively. I am doing a lot of films right now and styling. You will see something from my label by next year for sure. I like donning different hats of creativity and it’s fun,” Narula, who was in the capital for the launch of ‘Disney by Anouk’ collection, told IANS. Also Read - Singapore Fan Thanking For Removing Stigma Around Mental Health is Basically All Deepika Padukone Fans!

Having worked as a costume designer for films like “Bunty Aur Babli” and “Kill Dil”, he is now looking forward to the release of Imtiaz Ali’s next titled “Tamasha”.

“I’ve just completed ‘Tamasha’. All of last year went in ‘Tamasha’ and it is looking fantastic. I can talk about it from September onwards due to its November end release. You will see the mad Aki touch… You will see a lot of ‘tamasha’ from both (he and Ali) of us,” said Narula, who has worked with Ali in films like “Rockstar” and “Highway”.

That’s not all! He will be “announcing something by July” too. But before that, he is looking forward to a holiday and to do what he loves – travel. “I will take a month off. I haven’t taken a break since February last year… that includes Christmas and New Year. I am looking forward to a one-month summer vacation. I am just going to travel alone in Europe.

“I haven’t picked a destination. I will start from France and then let’s see where it takes me. There will be lot of travelling alone this time, a lot of thinking …giving time to myself and then I will come back fresh by end of June to start a new movie project in July,” he said. The designer, who often gets inspired by street fashion, says he likes how people of northeast India dress up.

“As far as India is concerned, for me it’s the northeast (most stylist)…very cool. I am very partial towards Shillong (Meghalaya). There is lot of fun and personality that comes out the way kids dress up and internationally. I was in Tokyo recently and there is nothing to beat Tokyo. “It’s absolutely insane. It’s quirky, very fresh and there is a bit of personality in whatever everyone wears. It’s not just about brands. It’s about how people style themselves,” he said.

After styling for stars like Ranbir Kapoor, Kareena Kapoor and Alia Bhatt, Narula wants to design for children. “I would love to do a full-on kids films because the way children react to colour, nobody does. It’s innocent, vulnerable and fresh,” he said. He also promises to be back on the ramp as a designer. “Fashion weeks excite me. I started my career with fashion and 2000 was my first time in a fashion week. I’ve taken a break from that because movies consume a lot of time and also travelling.

“I don’t think I quit fashion or the industry, I still style for Lakme India Fashion Week. I am more behind the scene, but you will see me right up there very soon,” he said. Image credit: Pinterest