You don't see Akshay Kumar turning up on many reality shows-especially chat shows. But given Karan Johar's 'friendly' persona, the Khiladi Kumar jumped at the opportunity of making his starry pres 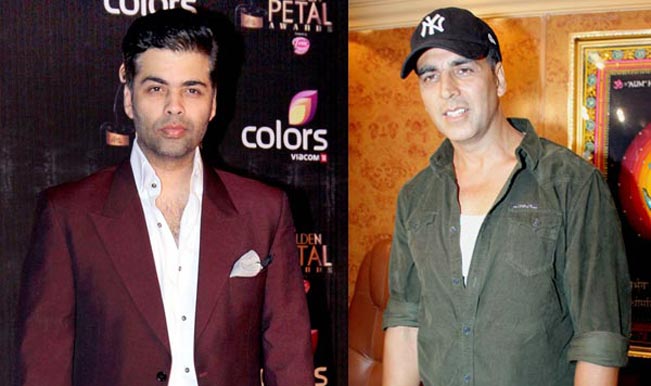 You don’t see Akshay Kumar turning up on many reality shows-especially chat shows. But given Karan Johar’s ‘friendly’ persona, the Khiladi Kumar jumped at the opportunity of making his starry presence felt on KJO’s popular chat show Koffee With Karan. Since then the two have been bonding with each other big time even though Akki was seen counter question Karan with his stern words while sitting on that notorious red couch. And now our secret birdie has chirped this juicy bit of info. Also Read - FAU-G: Akshay Kumar Launches Teaser of Multiplayer Game i.e. Indian Alternative to PUBG

That’s when he decided to have a word with Akshay (who also stars in the Warrior remake), to move his film to the October 2 weekend. Karan Johar confirms the news that : The team BROTHERS is truly forging ahead….the pace and energy of the shoot has been incredible…we have actually decided to prep one our release to July 31st…ashvini and Akshay have graciously given us that date and we have given them our previous date of October 2nd…in days of delays and strictly professional dealings this situation is truly a fraternity feature and validates the fact that strong relationships can exist even today