The actor said at the promotional event held today.

We are quite aware of the situation that the much-talked about film Toilet: Ek Prem Katha has been leaked, way before its release. The cast of the movie is on a promotional spree; they are travelling to various cities to promote their film on various platforms. Reportedly, the movie was being circulated through pendrives, and it landed in director and choreographer Remo D’Souza‘s hands, who then brought it to the filmmaker Shree Narayan Singh’s notice. Also Read - Durgamati Trailer Twitter Reactions: Netizens Compare Bhumi Pednekar's Performance With Anushka Shetty And They Are Not Impressed!

Speaking of the leak of Akshay Kumar starrer (upcoming) movie Toilet: Ek Prem Katha, the actor (Akshay) during the press conference cleared it to his fans that the movie has not been leaked. At the promotional event, that took place in PVR Juhu, said, “The movie hasn’t been leaked. Crime branch ne kuch hone se pehle hi rok lia (the crime branch has controlled the situation before it could have gotten worse).” Akshay was present along with Bhumi Pednekar, Anupam Kher and Divyendu Sharma at the event today. Also Read - Durgamati Trailer: Bhumi Pednekar Impresses in This Not-so-Scary Drama With a Haunted Haveli, Wandering Soul And Political Conspiracy

This is really saddening that there is no way that we could stop piracy. In a statement to a leading online portal, Remo said, “I met someone who told me that he already has the movie (Toilet Ek Prem Katha) on his pen drive. Initially, I didn’t believe him, but he seemed serious, and told me to check that for myself. When I checked the pen drive, it contained Toilet Ek Prem Katha, and I was shocked.” Also Read - Durgamati Motion Poster Out: Bhumi Pednekar is Ready For 'Payback Time', Trailer To Release Tomorrow

He further added, “I first called Akshay sir, but since he was in London, he was unavailable. Then I called up Prerna Arora, the producer, told her about the situation, Director Shree Narayan Singh came and collected the pen drive from me. They will be taking legal action against piracy, and I will talk to Akshay sir once he is back.” 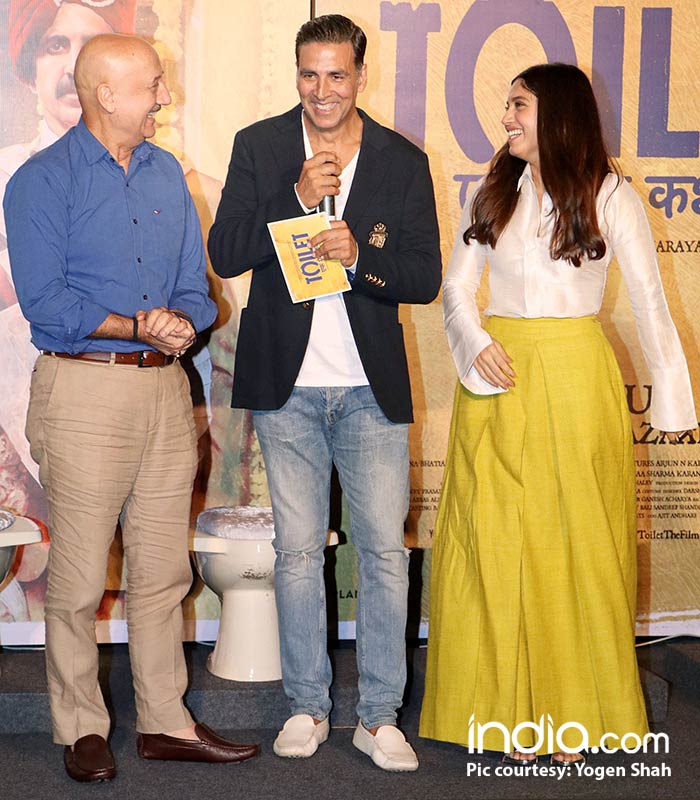 Remo went on to say, “This implied that if this pen drive had started doing the rounds, it would have created havoc. I am a filmmaker and I know how the world comes crashing down if anybody’s film from my fraternity is exposed before it hits theatres.”

The movie is slated to release on August 11. Well, this is not the first time that a movie has been leaked before its official release. Such ugly attempts of pirates have been encountered in the past too. Movies like Udta Punjab, Great Grand Masti, to name a few, were also leaked a day prior to its release. It’s high time that we watch real entertainment on-screen.