The actress equates promotions to a "polite way of begging". 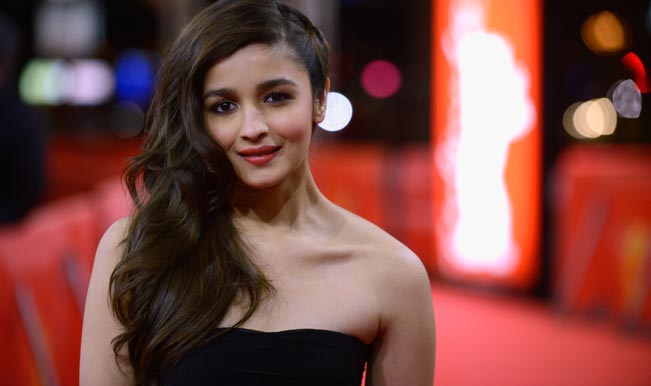 Mumbai, July 10: Alia Bhatt has been going all out with her co-star Varun Dhawan to spread the right buzz for their forthcoming movie “Humpty Sharma Ki Dulhania”. The actress equates promotions to a “polite way of begging”. Also Read - Kangana Ranaut Says Akshay Kumar Called Her Secretly to Praise Thalaivi, Fans Are Rolling Their Eyes!

In an interview, the actress, who has featured in “Student Of The Year”, “Highway” and “2 States”, has spoken about her hopes from “Humpty…”, the team’s promotional spree for the movie, and her camaraderie with Varun. Also Read - From Alia Bhatt to Priyanka Chopra Jonas, 5 Haircare Routine Bollywood Celebs Follow For Smooth And Shiny Hair

Excerpts from the interview:

Q. Are you looking forward to a fourth hit with “Humpty…”?

A. Of course I want a fourth hit! It would be amazing to have three hits in one year. It has the scope to reach out to the widest spectrum of the audience because it is a family entertainer. It’s been a while since we had a pure romantic film.

Q. Your co-star Varun Dhawan tells me that you two have been singing at all the events and publicity for “Humpty…”?

A. Yes, and that’s taking a toll on me. It’s not easy to go on stage and sing in front of large crowds. But I guess it’s important to have fun while promoting a film. But by the end of the day, your mind starts playing tricks on you as you are tired going from one event to another. During ‘2 States’ the pace and the method of promotion were far less exhausting.

A. It wasn’t a subject that needed to be be promoted in malls and pubs. In fact, I had to keep reminding them to make me do more. “Humpty…” is relatable to the young. So, Varun and I have to go all-out to reach out. Promoting a film should be a time to go all-out. Even those who don’t have an interest in the film should want to see the film by the time we are done. Promotions are a very polite way of begging.

Q. You play a Kareena Kapoor fan in “Humpty…”?

A. I don’t exactly play her fan in the film. I play a fan of her lehenga. Let me explain. She wants to get the kind of lehenga that Manish Malhotra made for Kareena. Of course, Kavya, my character likes Kareena. But it’s the lehenga she really wants for her own wedding.

Q. So is Manish making an appearance in the film?

Q. How different did you find Varun in “Humpty…” as compared with what he used to be during “Student Of The Year”?

A. I’d have been better able to answer that question if I had met him after a break. But we were constantly meeting, so I have no way of seeing any change in him. Varun has not changed for me at all. He remains as quirky and goofy and as caring as ever. I hope he never changes. I’ll slap him if he does. We discovered a mutual fondness before we became actors.

“So it’s not as if we became friends because we worked together. As an actor, he has genuinely grown a lot. During “Student Of The Year”, he was constantly charged up and eager to give a good shot. Now he thinks like the character. In “Humpty…”, he was thinking like Humpty.