Alia Bhatt: You need to draw a line between your life and the virtual world 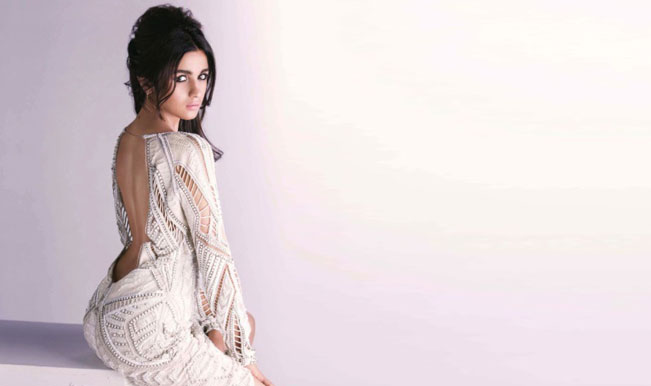 Also Read - Alia Bhatt Tests Negative For COVID-19: ‘The Only Time Being Negative Is A Good Thing’

All of 21, she’s young and versatile unlike others of her generation, and even in terms of dealing with criticism, Highway star Alia Bhatt has a mature approach. She says being “thick-skinned” comes in handy. “Criticism and appreciation should be welcome at all times. But it helps to be thick-skinned in the industry,” Alia said over the phone from Mumbai when asked how she reacts and handles situations when the audience gives extreme reactions to her work. Also Read - RRR Movie New Poster Out: Ram Charan And Jr NTR Make The Celebrations Grander Than Ever!

Nonchalant about the feedback she receives, Alia took to online instant messaging and video chat platform Google Hangout Friday evening for a multi-city integrated session in Delhi and Mumbai to interact with her fans on beauty trends for the season as part of her association with make-up brand Maybelline New York. Also Read - Kangana Ranaut Says Akshay Kumar Called Her Secretly to Praise Thalaivi, Fans Are Rolling Their Eyes!

She found the idea to be “fun”. “We go to different cities all the time to promote our films, but having a virtual interaction via Hangout is different. Technology has made it fun and easy to interact with the audience for feedback on any product – whether it’s a film or a product – as they’re the ones we work for,” Alia said.

The actress, who can sing as well as she can dance is currently active on social networking platform Twitter, where she often tweets to her over 1.8 million Twitterati. She is not on Facebook, but when asked if she has a team to manage her Twitter account, which is functional under the handle ‘aliaa08’, she was quick to clarify: “I don’t have a team. I manage the account on my own.”

Alia admits “digital is a massive space” to explore, but she says “it’s important to not get lost in it”. “I feel there has to be a line that you draw between your life and the virtual world,” said the actress, who is the youngest daughter of acclaimed filmmaker Mahesh Bhatt.

After making an impressive debut with Karan Johar‘s directorial Student Of The Year, Alia has been surprising viewers and critics alike movie after movie.

If she played a brand-conscious, make-up laden and arrogant girl in her launchpad project, Alia left a lasting impression with her powerful act in “Highway” as a city-slick girl who experiences a sense of freedom and gets a taste of reality only after being abducted.

This was followed by her easy portrayal of the fun-loving, carefree and Tamilian girl-in-love with a Punjabi boy in 2 States. Alia has recently also amassed appreciation for Humpty Sharma Ki Dulhania in which she has essayed the role of a fearless girl, who fights to live life her way.

From ultra-glamorous to deglam and desi – Alia has sported different looks in each of her films, but she says “it’s too soon” for her to set “fashion trends”. Her association with showbiz notwithstanding, she says “girls have a right on make-up”, but she personally does not like to preach any style or fashion mantra.