Actor Anil Kapoor revealed it was Amitabh Bachchan who suggested him of not taking a break from acting as the Bollywood megastar made a mistake by doing so. 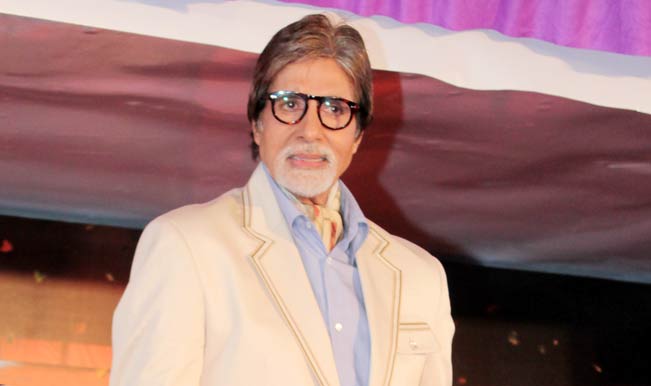 Mumbai, May 28 : Actor Anil Kapoor revealed it was Amitabh Bachchan who suggested him of not taking a break from acting as the Bollywood megastar made a mistake by doing so.  Kapoor, who has been in the industry for almost 38 years now, said there was a time when he was pondering to take sabbatical but spoke to Bachchan who advised him not to go for it. Also Read - Did Anil Kapoor Confirm Disha Patani, Tiger Shroff Relationship on The Kapil Sharma Show?

“I can’t remember any best or worst phase of my career. For me it is always about reinvention and experimenting. I am consistent, steady and feel fortunate to be a part of good films. I remember we were shooting for “Armaan”… There was a time when I wanted to take sabbatical and I did speak to Amitabh ji about it,” Kapoor told PTI. Also Read - Animal Update: Tripti Dimri To Romance Ranbir Kapoor in Sandeep Reddy Vanga Directorial

“He (Bachchan) said he made the mistake of not working for some years and told me not to take a break. I have not taken ever. I respect him, I look upto him,” he said. In 1984, Bachchan took a break from acting and briefly entered politics and resigned after three years. In 1988, he returned to films, achieved success for a while but later saw a dull phase till popular game show “Kaun Banega Crorepati” happened in 2000. (ALSO READ : Amitabh Bachchan shares throwback father-son moment)

Talking about the kind of risks that Kapoor took in his long career, he said, “I love experimenting, reinventing right from the beginning of my career. I have taken too many risks.. Dangerous risks. People expect me to do tapori roles and I do ‘Ishwar’, ‘Lamhe’, ‘Biwi No 1’, ‘Taal’, ‘Welcome’ or do small cameos. I kept doing out of the box things.” The “Mr India” actor said he feels fortunate to have different roles offered to him from the starting of his career and most of the time things have worked in his favour.

Beside playing lead roles, Kapoor has also essayed character roles and has been appreciated both by critics and audience. “I do strong characters like in ‘Taal’, ‘Biwi No 1’, ‘Slumdog Millionaire’, ‘No Entry’. I feel after a certain time, for longevity it is important to play strong roles,” the 58-year-old actor said.