A photograph on Sami’s profile also featured a flag each of Turkey and Pakistan. It was captioned, “We would be happy to visit our brother country Pakistan and have a cup of tea with your esteemed Prime Minister. This will be a great opportunity to visit your country and meet our brothers. Imran Khan”. Also Read - Indian Idol 12: Sawai Bhatt's Elimination Leaves Amitabh Bachchan's Granddaughter Navya Naveli Nanda Heartbroken 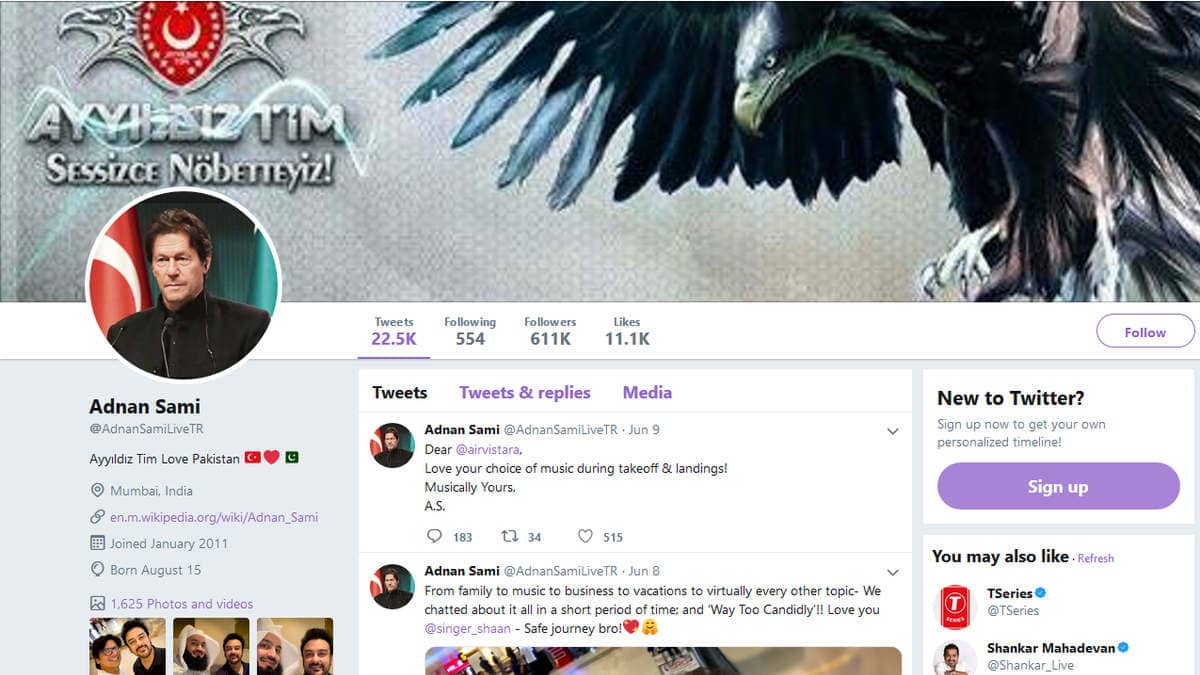 Sami’s profile was deactivated within minutes of the hacking. His profile was restored with the blue tick intact, but his past tweets were missing, and a post read, “My account has been hacked. Support me on this account. Retweet please”. Also Read - Amitabh Bachchan Remembers Milkha Singh, Shares Photo of Last Page From The Legend's Autobiography

Amitabh Bachchan’s account was restored within half-an-hour after Mumbai Police alerted the cyber unit. The group had earlier hacked accounts of Shahid Kapoor, Anupam Kher among other celebs.

A spokesperson for Mumbai Police told PTI that they have informed the cyber unit and the matter is being investigated.

The cover photo of Bachchan’s account, which was subsequently deleted, showed the promo picture of the group with an eagle in flight.

“This is an important call to the whole world! We do condemn the irrespective behaviors of Iceland republic towards Turkish footballers. We speak softly but carry a big stick and inform you about the big Cyber attack here. As Ayyildiz Tim Turkish Cyber Army,” read the first tweet after the cyber attack, which occurred around 11.40 pm on Monday.