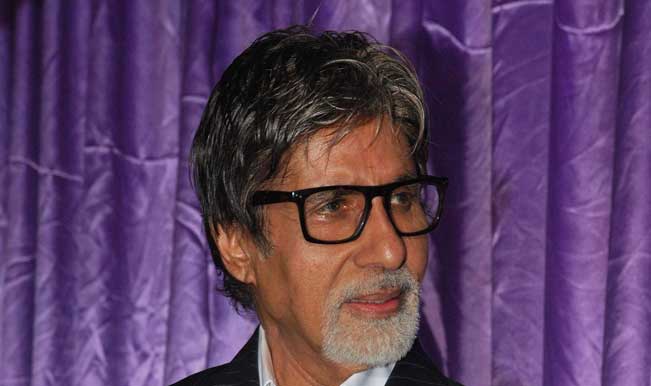 Kolkata, Nov 4: Megastar Amitabh Bachchan has denied reports that he is shooting his upcoming film ‘Piku’ here despite being ill. There were reports that the 72-year-old actor was not well in between the shoot of the film here, where he was spotted riding a bicycle past the iconic Writers’ Building. Also Read - Thappad Actor Pavail Gulati To Feature As Amitabh Bachchan's Son in Goodbye

The ‘Bhootnath Returns’ star took to Twitter to set the record straight. “So.. Media conjectures that I am ill is incorrect! That neck brace that they see me wearing is part of my costume in ‘PIKU’!,” Bachchan posted on Twitter. The actor was getting messages from his fans on the social-networking sites about his well being.  Read-Piku first look: Amitabh Bachchan rides bicycle, reminiscing old days in Kolkata Also Read - Deepika Padukone Resigns as MAMI Chairperson - What Does it Mean And Why is it Important?