Tweet and send your birthday wishes with the hashtag #AB72Wishes starting Wednesday on @SrBachchan. 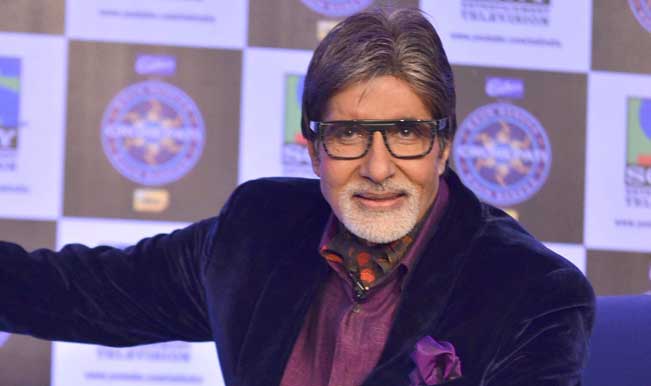 Also Read - Check Your Privilege! Pooja Bedi Faces Flak From Netizens Over Her 'Don't Let The Virus Cage You' Tweet

Celebrities can have their own ways to flatter their fans! And Big B did just that when he tweeted his first video response to one of the fans who sent out birthday wishes to the megastar on the social networking platform. “Congratulations,” tweeted Big B along with a video link to the winner, whose Twitter handle is rishi_nm. Also Read - Fans Compare Kartik Aaryan With Sushant Singh Rajput After Being Ousted From Dostana 2, Slam Karan Johar

In the personalised video message, the 71-year-old says: “Rishi, as you know you came on Twitter and wished me for my birthday on Oct 11, I am keeping up my promise of sending a video to you. You’ve been randomly picked from the computer and I want to thank you for giving me your warm wishes and your love and affection. Also Read - Serving The Nation Since 1853: Twitter Pours Love As Indian Railways Marks Its 168th Birthday | See Pics

“We hope that we can live up to your expectations in the work that we do. And we hope you keep coming to this platform and being a part of my extended family.” This is a unique way that the celebrity is connecting with his fans using video on Twitter ahead of his 72nd birthday. It is his way of “reciprocating the love” of his audience.

The idea is that Big B, in association with micro-blogging platform Twitter and celebrity digital media network Fluence, will respond to all his fans that follow him on Twitter handle @SrBachchan, and tweet and send him birthday wishes with the hashtag #AB72Wishes starting Wednesday. These lucky fans will receive a digitally signed, specially autographed poster by Amitabh, and one of the fans will also receive a specially recorded personal video message by the Big B.