Is this Amitabh Bachchan's look from Thugs Of Hindostan?

Amitabh Bachchan fans have all their attention about updates coming in from Jodhpur, where the megastar has been shooting for Thugs Of Hindostan the past few days. But while we wait for health updates about Big B, we have here a look from the film. Bachchan looks unrecognisable in this look, which is making the rounds of social media right now and is touted to be the actor’s look from the action thriller directed by Vijay Krishna Acharya. Also Read - Amitabh Bachchan And Shilpa Shetty Mourn Jagdeep’s Death, Pen Emotional Notes For Noted Comedian

Since there is no confirmation from the production house Yash Raj or from the official Twitter and Instagram pages of TOH, we wonder if the look got leaked unintentionally. Whatever be the case, Big B’s look will definitely have fans impressed and leave them intrigued to watch more of him. Check out the picture below: ALSO READ: When A Rajinikanth Fan Asked Him For An Autograph But Didn’t Have A Paper (Video) Also Read - India-China Standoff: Aamir Khan Cancels Ladakh Shooting of Laal Singh Chaddha Due to Galwan Clash 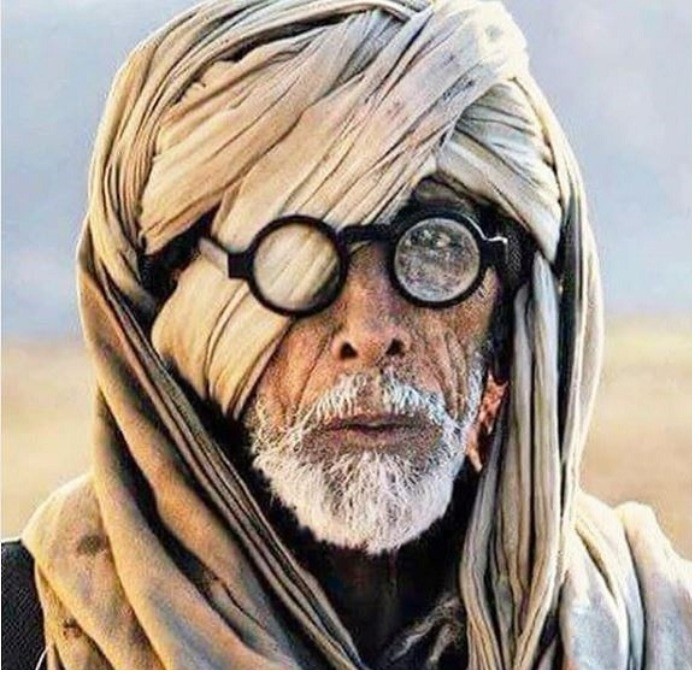 Stumped, aren’t you? And what makes this better is that this is just one of the avatars the superstar will pose in the film. Big B, along with the others in the film, will be donning various looks for this much awaited film. Earlier today, we saw a team of doctors reach Jodhpur by a chartered flight to attend to Bachchan who fell ill while shooting for the film. The doctors put him on rest and were to take a decision on his return to the sets or to Mumbai for further tests and rest this evening.

Latest reports coming in suggest that the actor is stable and fit to get back on the sets of the film, which is at the last leg of its shoot. We are sure fans will be happy with the news, complemented by Big B’s look from Thugs Of Hindostan. The film is all set to hit screens during Diwali 2018. It also stars Aamir Khan, Katrina Kaif and Fatima Sana Shaikh in pivotal roles.