Amy Jackson in Singh Is Bling or Alia Bhatt in Shaandaar: Who looks hotter in Bikini?

Temperature soaring already with the trailer!

The month of August has been quite sizzling with the gorgeous actors flaunting their smoking hot-body in a bikini. First with the release of Vikas Bahl’s Shaandaar trailer on August 11, we saw vivacious actress Alia Bhatt walk on the beach in her tiny-winy two-piece pink bikini and now we have the lovely firangi actress Amy Jackson doing the same. The viewers got to see Amy do a Baywatch as the trailer of her upcoming action flick Singh Is Bling also starring Akshay Kumar released. Also Read: Singh Is Bliing trailer: A typical Akshay Kumar movie – high on action, drama & romance! Also Read - Alia Bhatt Tests Negative For COVID-19: ‘The Only Time Being Negative Is A Good Thing’

Amy Jackson, the 23-year-old British actress who replaced Katrina Kaif in Singh Is Bling, the sequel of 2008 blockbuster Singh Is King has definitely impressed in the trailers. From her ass-kicking action scenes to looking absolutely delight on screen Amy has hit a jackpot in audiences mind. But the one thing the viewers cannot stop gushing over is her appealing bikini avatar. Also Read: Alia Bhatt or Sonam Kapoor: Who looks sexier in the pink bikini? Also Read - RRR Movie New Poster Out: Ram Charan And Jr NTR Make The Celebrations Grander Than Ever!

Introducing Amy’s character could not have been a better one than the coming out of blue oceans in a drool worthy red bikini. She plays Raftaar Ka Pyar (love of Akshay Kumar’s character). We are not blaming him for Amy looks absolutely stunner as she donned the sexy red one-piece bikini looking ultra glam. Also Read - Kangana Ranaut Says Akshay Kumar Called Her Secretly to Praise Thalaivi, Fans Are Rolling Their Eyes! 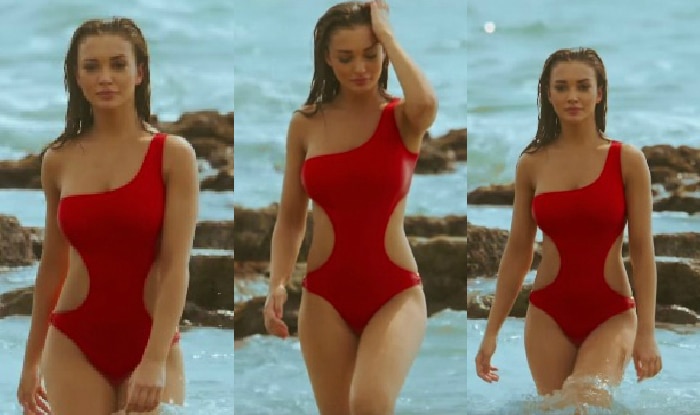 The other girl who has started the lovely bikini avatar war currently is bubbly actress Alia Bhatt. Shaandaar was always going to be a lovey-dovey romantic movie but what none expected was the dazzling bikini appearance by Alia. It’s not that she is wearing a bikini for the first time on-screen (she first wore in her debut Student of the Year), but it was the confidence that made everyone fall for her. Also Read: Shaandaar Trailer: Alia Bhatt’s sexy bikini metamorphosis since cute Student of the Year days! 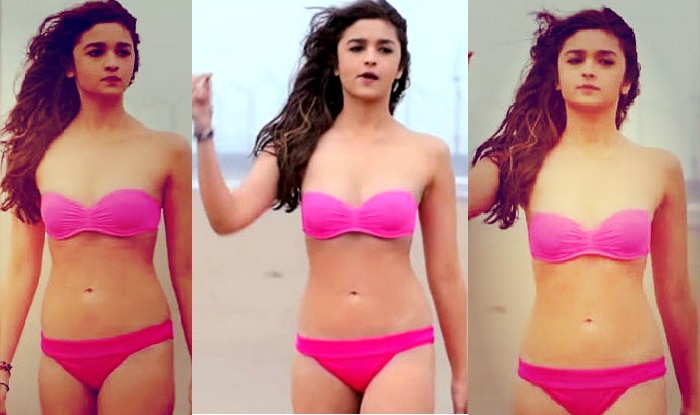 In Shaandaar trailer, the audiences saw few seconds of pure delight watching Alia walking the beach wearing a fuchsia two-piece bikini, hair left open with the breeze sweeping her hair as her co-star and leading actor Shahid Kapoor was left in awe. She walked like a fresh of breath air herself, with no use of ultra make-up. She just kept it simple and natural and that has been the best part. Also Watch:Shaandaar Trailer: Shahid Kapoor and Alia Bhatt’s blingy wedding affair is a visual treat.

So after taking a look at the captivating avatars of both the ladies – Amy and Alia, who do you think has rocked the bikini look with their extremely hot bodies? Was it sexy Amy Jackson wearing red bikini in Singh Is Bling or mind-blowing Alia Bhatt wearing pink bikini in Shaandaar?