Anant Ambani goes from fat to fit: 7 Bollywood celebrities who astonished us with their body transformation

Being a son of a famous personality, Anant's changed personality has become an inspiration for those who want to lose weight.

Business tycoon Mukesh Ambani’s son Anant Ambani has been in news lately for his amazing transformation. Anant, who weighed heavy once upon a time, lost 108 kgs which has surprised many people. Being a son of a famous personality, Anant’s changed personality has become an inspiration for those who want to lose weight.Also Read - Katrina Kaif-Vicky Kaushal To Sell Wedding Photos Rights To International Magazine For A Whopping Price?

Famous people are always looked upon by common people. Anything they do or say catches an immediate attention. In Bollywood, there were actors who were heavy in weight but with too much of efforts and physical workout, these celebrities successfully toned down their body weight. Also Read - Malaika Arora-Arjun Kapoor's Maldives Vacation Is All About Love, Sea And Romance | See Pics

Here’s a list of Bollywood clan who managed to stay in news for their awe-striking body transformation: Also Read - Tara Sutaria is Drop Dead Gorgeous in Thigh-High Slit Black Gown And Diamond Choker For Tadap Premiere 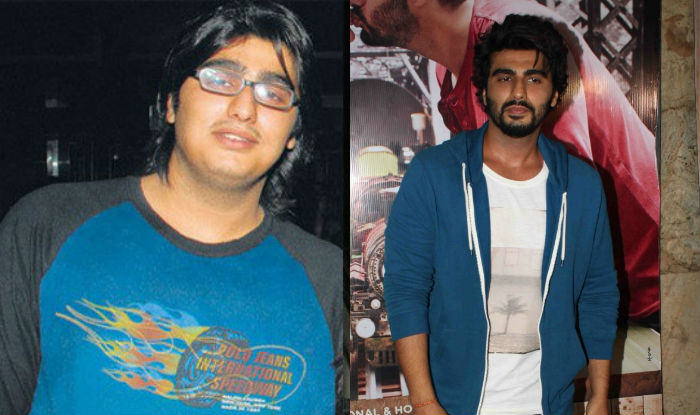 Arjun Kapoor: Arjun Kapoor today is one of the leading actors in the youngest clan. Even if he is the son of famous director Boney Kapoor, entering into Bollywood was not a cakewalk for Arjun. He almost weighed 140 kgs resulted him being under-confident about himself. But when he made his mind of coming out of the shelf, he worked out day and night with proper dietary plans. This not only helped him to shed carbs, also boosted his confidence level. 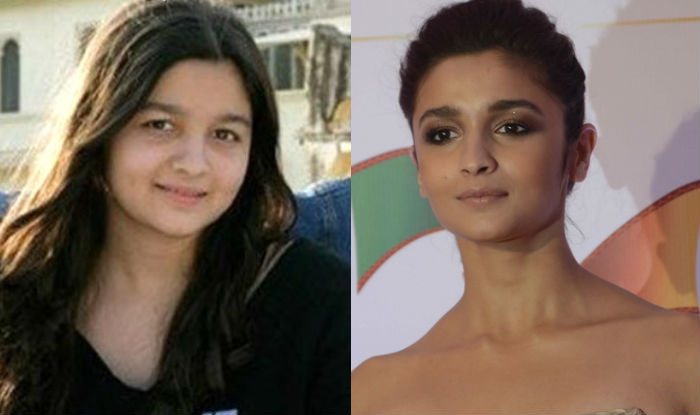 Alia Bhatt: She is considered one of the cutest and sexiest actresses in the industry. Today, Alia can essay any role given to her with much needed ease and credence. The chirpy actress was once upon a time chubbier and heavy weighing. Within few months, Alia toned herself for her debut Student of the Year to fit into the skin of the character. Even today, Alia never misses an opportunity on working out in a gym or a walk. 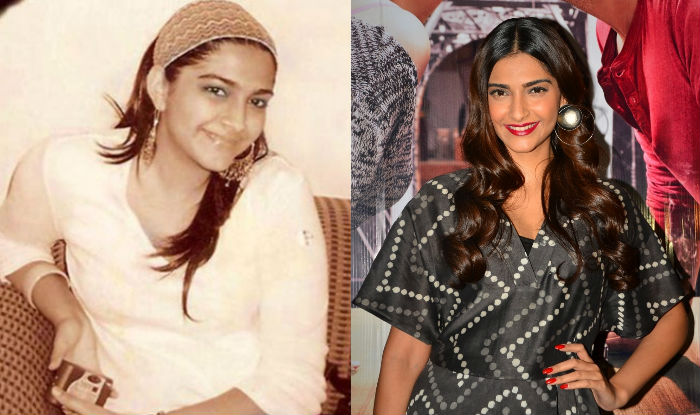 Sonam Kapoor: The Neerja actress is on cloud nine for the success of her film. Fashion diva Sonam Kapoor who won our hearts with her acting skills in the films like Aisha, Raanjhanaa, Khoobsurat and her recent flick Neerja, once weighed up to 90 kgs. The actress once stated that being overweight, she felt unhealthy and dealt with health and skin issues. (ALSO READ: Anant Ambani loses 108 kgs in 18 months! Here is how he overpowered obesity?) 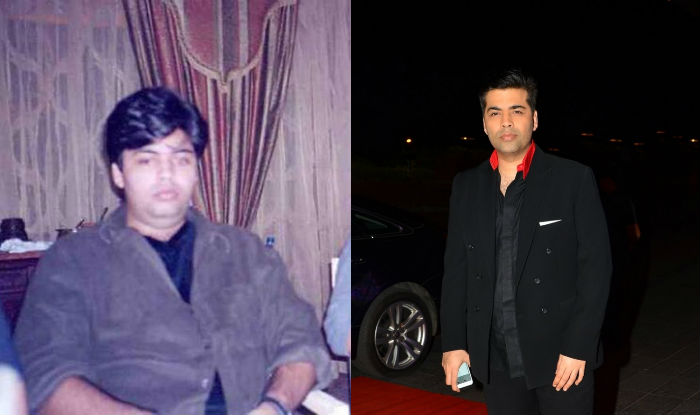 Karan Johar: Remember that friend of Shah Rukh Khan in DDLJ, sporting glasses and wearing loose t-shirts? Well, one of most successful and most loved director Karan Johar is also in the list. Karan Johar too was overweight but with time, he shed those extra kilos and today, he is termed as one of the stylish film directors in the industry. 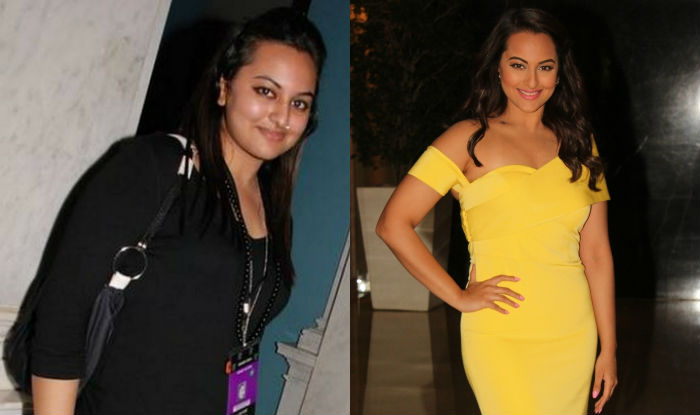 Sonakshi Sinha: If some who has enjoyed success in a short span of time, it’s Sonakshi Sinha. In a career span of 6 years, the beautiful actress has acted in more than 15 films, majority of them turned to be hit at the box office. The gorgeous actress once weighed almost 90 kgs and before entering Bollywood she supposedly lost 30 kgs. Who can believe that this stunning actress was once a plump lady? Kudos! 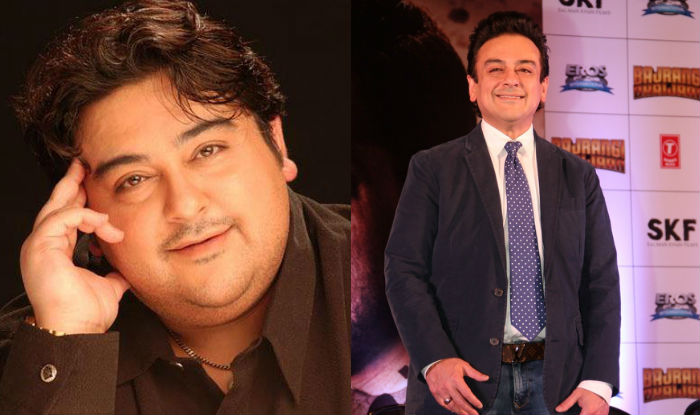 Adnan Sami: Emerged as one of the talented and tuneful singers of Bollywood, Adnan Sami’s sudden loss of weight left everyone spellbound. Even when he was heavy in weight, the singer gifted us some soulful melodies which we still love. But his body transformation is much appreciated and must say hard work payed off well to the singer. 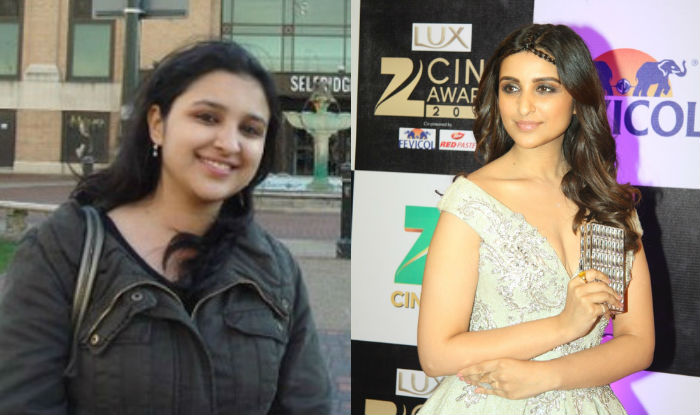 Parineeti Chopra: Well, our pretty lady Parineeti was not fat, but she shed few kgs to stay fit and for self-satisfaction. Reportedly, the actress once stated that though she was not fat, she still felt uncomfortable with few extra carbs she had in her body. The actress left people stunned when she posted pictures of her photoshoot after losing some weight. The actress received loads of appreciation for her efforts from her co-stars and her fans.

Staying slim or fat is every person’s personal choice. People, who face difficulties in health, appearance or confidence because of their heavyweight, choose to shed their fats. We all are different born with unique physical features, it’s upon us to stay natural or make certain changes in us that will help us to look different or better. There’s nothing wrong in being fat and chubby and one must not lose confidence because of their appearance as every human is a beautiful creature in its own way.

Tall, short, skinny or obese, these factors just helps one to look better outside, at the end what matters is inner beauty of a person.