Radhika Merchant, who's expected to be marrying Anant Ambani by the end of the year, dressed up in a gorgeous silver saree for Armaan Jain-Anissa Malhotra's wedding reception. Check out her photos with the Ambani family here.

Tuesday night was special for the Bollywood celebrities who dressed up in their best to attend the wedding reception of Armaan Jain and Anissa Malhotra. Apart from the big names from the film fraternity, the Ambanis also turned up to bless the newlyweds. While Akash Ambani and Shloka Mehta made a separate entry, Nita Ambani and Mukesh Ambani were accompanied by their younger son – Anant Ambani and his rumoured girlfriend Radhika Merchant.Also Read - Trending Bollywood News Today, February 5: Kareena Kapoor-Karisma-Karan Johar Give an Epic Performance on 'Bole Chudiyan' at Armaan Jain-Anissa Malhotra's Wedding Reception

Radhika, who was also present at the wedding of Armaan and Anissa on Monday evening, dressed up in a gorgeous silver saree for the night. She looked absolutely pretty in her sparkly saree that was styled with a diamond string necklace and tiny diamond drop earrings. Radhika further kept her hair middle-parted and went for subtle makeup. The photos of Radhika with Anant’s family are currently doing the rounds on social media. She is seen posing with her soon-to-be parents-in-law, Nita Ambani and Mukesh Ambani, in front of the cameras. Anant is seen posing behind in the frame. Check out these pictures: Also Read - Entertainment News Today: Ranbir Kapoor And Alia Bhatt Look Gorgeous Together at Armaan Jain-Anissa Malhotra's Wedding Reception 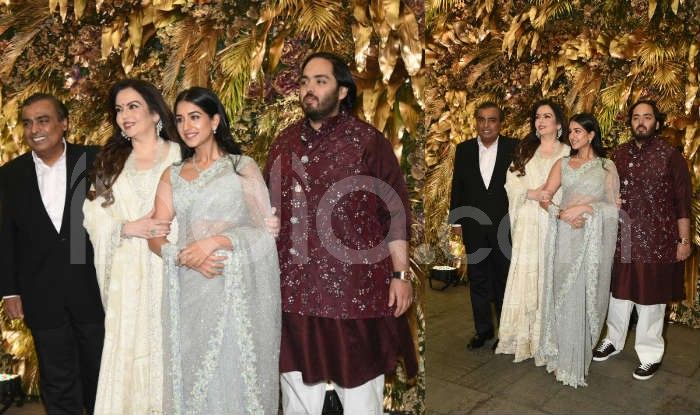 It’s beautiful to see Radhika accompanying the Ambanis at events like these. Even at the Diwali bash organised by the Ambanis, she posed with Nita and the other members of the family, looking as pretty as ever in her red lehenga. Radhika’s closeness with the Ambani family is evident and the speculations are rife that the families have planned Anant-Radhika’s wedding by the end of the year itself. Also Read - Entertainment New Today, February 5: Arjun Kapoor And Malaika Arora Pose Together at Armaan Jain-Anissa Malhotra's Wedding Reception 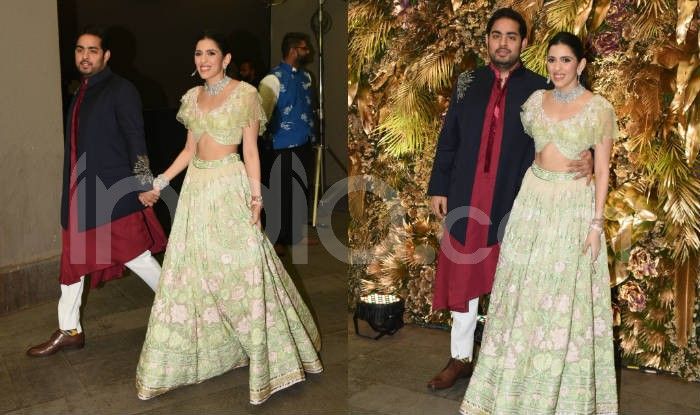 Meanwhile, Shloka Ambani, who got married to Akash last year, too, made a graceful appearance at the wedding reception. She wore a mint embroidered lehenga with diamond jewellery at the party and cut a striking picture in front of the paps. What do you think of the Ambanis’ style-file?