Meanwhile, Lara, who won the Miss Universe title in the same year, has starred in films like "Masti", "No Entry" and "Housefull". She will next be seen in "Singh Is Bling". 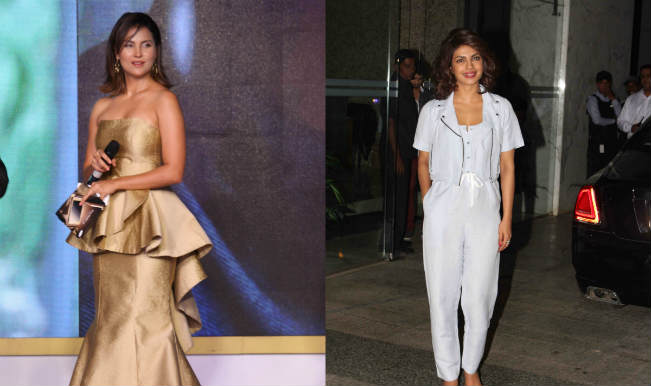 Mumbai, May 24 :  “Andaaz” has completed 12 years of its release and the movie’s actresses Priyanka Chopra and Lara Dutta are nostalgic. The Raj Kanwar directorial hit the screens on May 23, 2003. “Raj, Jia and Kajal!! 12 years in a blink of an eye! I miss Raj ji! Will always be proud of ‘Andaaz’,” Lara posted on Twitter on Saturday. (Read: Dil Dhadakne Do team to promote film at IPL final) Also Read - It's a Girl For Anushka Sharma, Virat Kohli! From Alia Bhatt To Sania Mirza, Celebs Pour In Their Congratulations!

Priyanka, who played a supporting role in “The Hero: Love Story of a Spy” before making her full-fetched appearance on the silver screen with “Andaaz”, also took to Twitter to express her gratitude towards the film.  “Driving to set n an auto playing the title song of #Andaaz haven’t heard it in yrs #12yearsOfAndaaz @LaraDutta can u imagine how time flies,” the 32-year-old tweeted. Also Read - Priyanka Chopra's Note For US Vice President-Elect Kamala Harris is The Best Thing on Women Empowerment Today

Both Priyanka and Lara were awarded the Filmfare Award for Best Debut Female for “Andaaz”.  The duo also won their international beauty pageants in 2000. Priyanka, who was crowned Miss World in 2000, went on to star in films like “Aitraaz”, “Fashion”, “Kaminey”, “7 Khoon Maaf” and “Mary Kom”. She will next be seen in Zoya Akhtar’s “Dil Dhadakne Do” and will play the lead role in American thriller TV series “Quantico”.

Meanwhile, Lara, who won the Miss Universe title in the same year, has starred in films like “Masti”, “No Entry” and “Housefull”. She will next be seen in “Singh Is Bling”. Image Credit: IANS