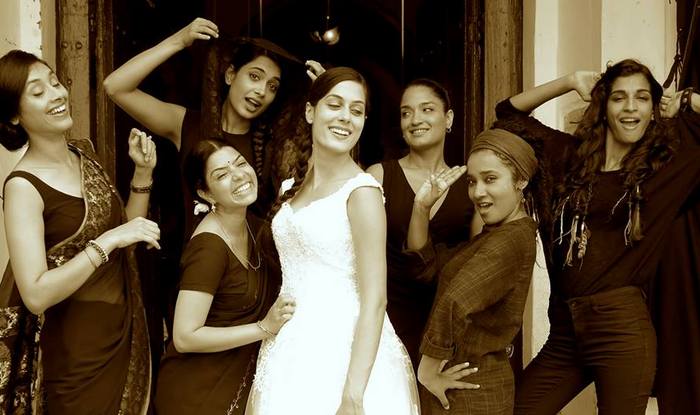 Who says chick flicks are not fun? Why should we go in only for bromances in the movies? Going by that sentiment, director Pan Nalin has made a mainstream ‘buddy flick’ with seven Indian women! Titled Angry Indian Goddesses, the unique film is all set to premiere at the Toronto International Film Festival (TIFF) 2015 and the trailer is out now for Indian audiences to see. Also Read - Priyanka Chopra's Bachelorette Party With Her Gang of Girls Continues Ahead of Her Wedding to Nick Jonas

The movie  Angry Indian Goddesses stars some of the most acclaimed names among Indian actresses, including Sandhya Mridul, Tannishtha Chatterjee, Sarah Jane Dias, Anushka Manchanda, Rajshri Deshpande, Amrit Maghera and Pavleen Gujral. And being helmed by Samsara famed Pan Nalin, we are sure it’s going to be a treat of a film. Also Read - Bride-to-be has steamy sex with stripper at her bachelorette party, gets dumped by fiancé after raunchy video goes viral!

Angry Indian Goddesses is about a fashion photographer who invites her besties to Goa for a bachelorette party. They have fun, in fact, so much fun that the emotions later explode into something more serious.

What we loved about the film from the trailer is that it gives a very international yet very real feel (read: Meryl Streep’s Mamma Mia). Especially as a woman viewer, I sure want to explore the lives of these seven women! Watch the trailer of Angry Indian Goddesses and tell us if you feel the same!