Anil Kapoor gets felicitated by Council of European Chambers of Commerce in India and a European Union delegation in Mumbai.

For his continuous support in promoting the cause of children’s rights, Anil Kapoor was felicitated by Council of European Chambers of Commerce in India and a European Union delegation in Mumbai.Also Read - Rhea Kapoor Shares Pic of Stunning Diamond Engagement Ring in Latest Wedding Photo

The event also marked the celebration of EU Day 2019 on Friday. Anil Kapoor, who has been working in collaboration with Plan India, a child rights organisation, was the guest of honour at the event. Also Read - Rhea Kapoor-Karan Boolani's First Pics After Wedding: Bride And Groom Stun in Red, Don't Miss Sindoor! 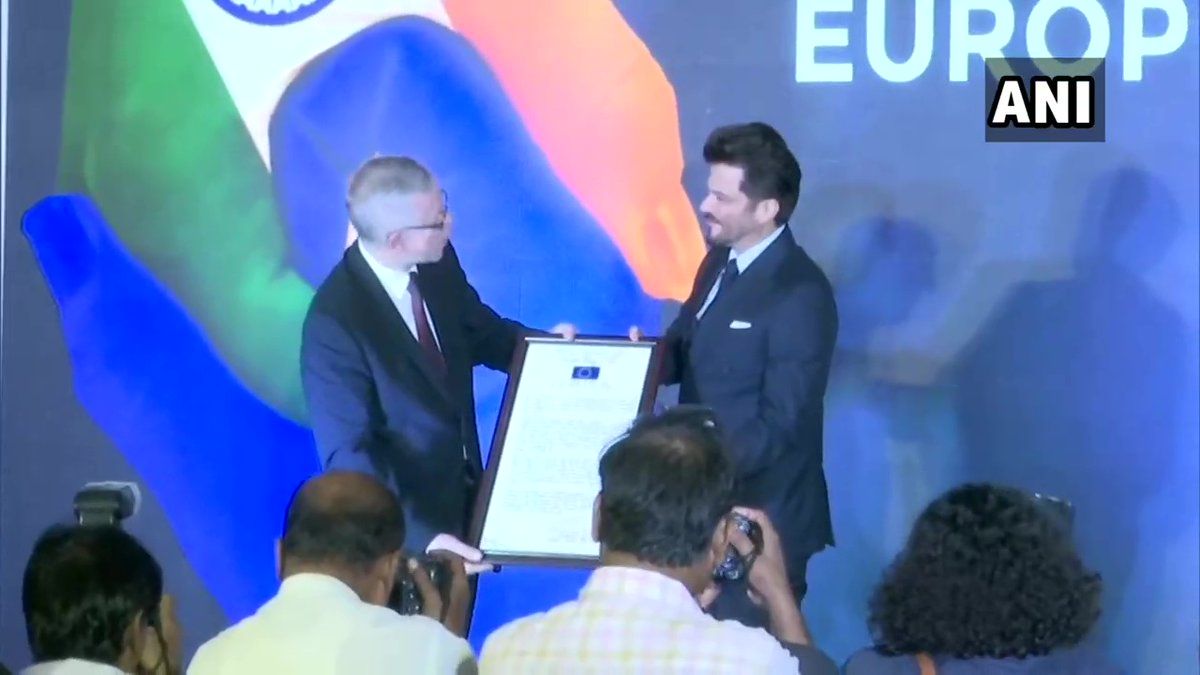 Tomasz Kozlowski, EU Ambassador to India said, “Council of European Chambers of Commerce in India traditionally organises EU based celebrations. I am so happy that Anil Kapoor is with us today because he is so famous in promoting cultural ties between India and European countries.” Also Read - Rhea Kapoor's Wedding: Sonam Kapoor Mesmerises in Mint-Green Anarkali, Poses With Anand Ahuja

Praising Anil Kapoor, the ambassador added, “Mr. Kapoor is also known as a very devoted promoter of social values, women rights. We spent some time together in October last year, promoting girls’ rights in an event organised by Plan India.” 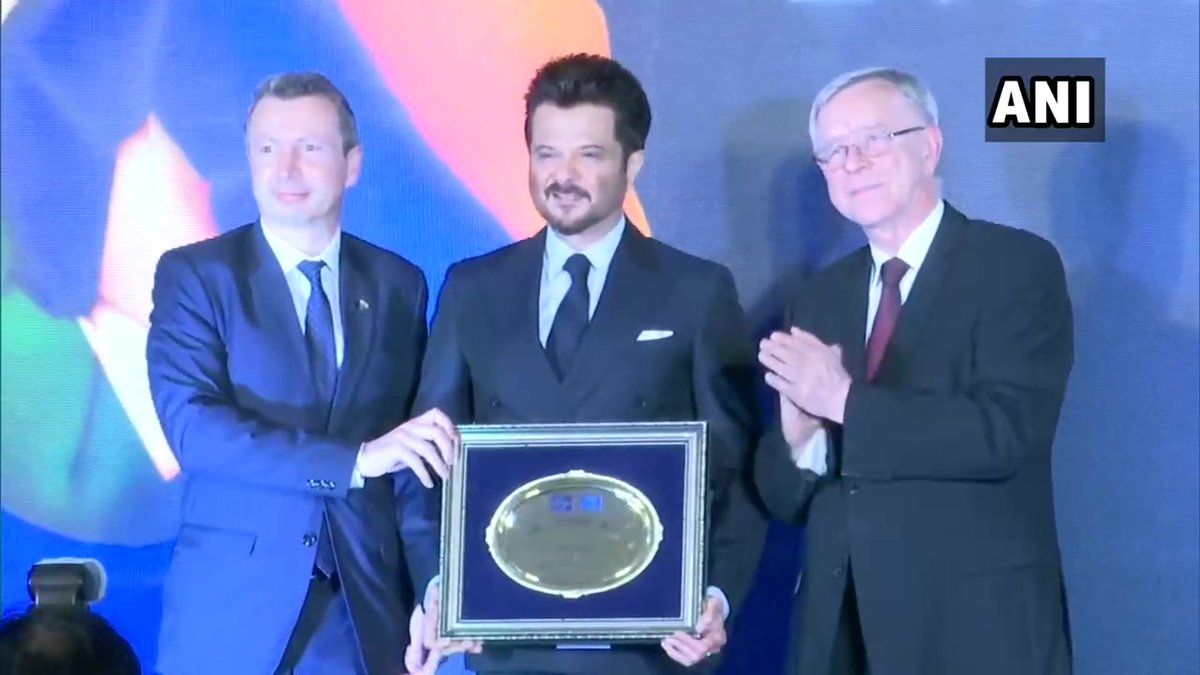 The ‘Slumdog Millionaire’ actor has been supporting girls’ and children’s rights for which the actor got recognition from the EU delegation.

Presenting the citation to Kapoor, Tomasz said, “On the occasion of Europe Day 2019, Mr. Anil Kapoor is a distinguished exponent in the art of acting and master of his craft.”

“He has contributed immensely to the Indian and International film industry and through it connected and inspired many people of the world,” he added.

Calling cinema a bridge connecting people, he said, “Cinema transcending across the borders is a strong bridge builder between the people of Europe and India. Numerous Indian films have been shot in Europe.” 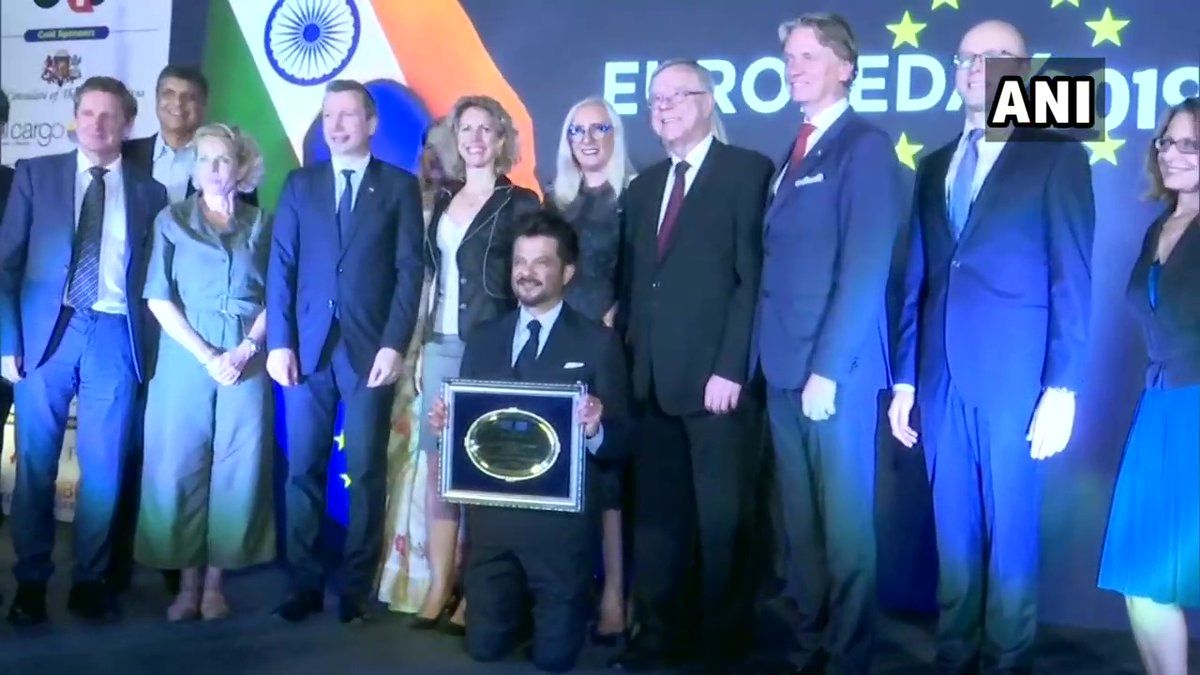 “Mr. Kapoor has lent his support to various important social causes including girl child campaign by Plan India which was supported by EU,” said Kozlowski.

“As an organisation, which has always been a strong advocate for the advancement of women empowerment, girl child rights, and equality, the EU would like to felicitate Mr. Kapoor for his principled stand and relentless efforts in these areas,” he added.

After receiving the citation, an overwhelmed Anil Kapoor expressed his gratitude and said, “It’s been very educative, very emotional and one of the best evening of my career. I don’t know if I deserve this honour but I want to thank you (Tomasz) for giving me this honour.”

Emphasizing on the need to strengthen Europe-India ties, Anil added, “Europe and India have a lot of things in common, we should encourage that our ties become better and better.”

Kapoor congratulated the performers for their spectacular performances towards the end of his short address.