Anil Kapoor Shares an Old ‘Too Much Hair’ Pic, Arjun Kapoor, Rajkummar Rao And Other Celebs Shower Him With Love

Anil Kapoor's picture from his young days goes viral as fans say he looks the same at the age of 62.

Bollywood’s veteran actor Anil Kapoor will always be one of the biggest superstars in the Hindi film industry. The performer, whose career spans over 40 long years, keeps sharing throwback black and white pictures from the film sets. Today, the 62-year-old actor took a trip down the memory lane to cherish young days. While sharing a stylish picture with a picture-perfect pose on social media, he writes, “Small eyes, skinny arms, too much hair…Don’t care! Hard work, confidence & taqdeer will get you where conventional attitudes can’t“. Also Read - Real Life 'Judaai'? MP Woman Lets Cheating Husband Marry Girlfriend in Exchange of Rs 1.5 Crore

Anil Kapoor looks young and unrecognizable in the picture dressed in a shirt that’s topped with a sleeveless jacket. He can be seen flaunting his chest hair. Soon after Anil posted the photograph, Arjun Kapoor, Rahul dev, Rajkummar Rao and fans couldn’t help but praise the veteran actor. “There is no one like you sir. The one and only @AnilKapoor,” said Rajkummar Rao. Also Read - Did Anil Kapoor Confirm Disha Patani, Tiger Shroff Relationship on The Kapil Sharma Show?

Take a look at the picture shared by Anil Kapoor:

Small eyes, skinny arms, too much hair…Don’t care!
Hard work, confidence & taqdeer will get you where conventional attitudes can’t 😉 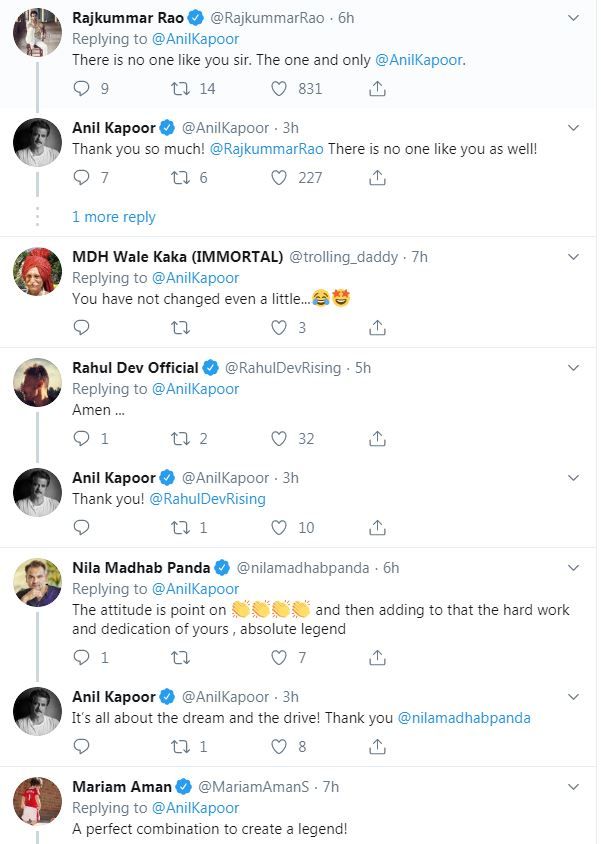 A few days ago, Anil revealed how he struggled while waiting for a golden chance to kick-start his career. A Twitter user shared a monochrome picture of the actor from his first film ‘Woh 7 Din’ along with a young Raju Shrestha and wrote, “The film that kickstarted Anil Kapoor’s stellar career…. with master Raju in Woh Saat Din (1983).”

From 1977 to 1983 I had been working …struggling to get that one defining chance that would change everything and #Woh7Din was that chance! A life changing moment & role! And since then it’s all been a dream come true! Till date I feel so blessed to be doing what I do! https://t.co/XEBwYOP8t7