Anish Shah: From Business to Comedy, it all Comes Down to Making People Laugh

With a transition from business to comedy, Anish Shah, 36, is a New York-based comedian, who frequently tours the world to spread humor, and many times, he does it for a good cause. His unique career path proves that it is possible to transition between opposite-end industries. 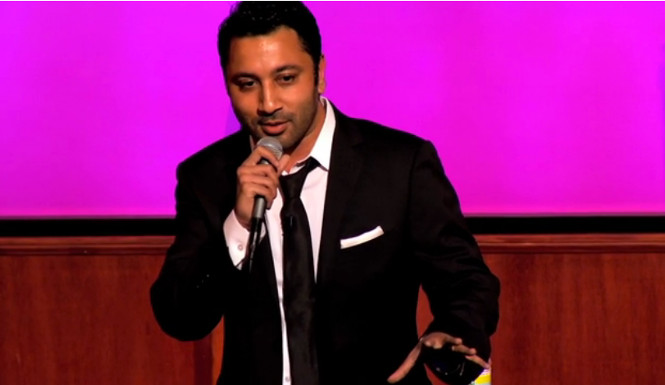 With a transition from business to comedy, Anish Shah, 36, is a New York-based comedian, who frequently tours the world to spread humor, and many times, he does it for a good cause. His unique career path proves that it is possible to transition between opposite-end industries. Also Read - Stock Market Investment Tips: Planning to Invest? Follow These Tips For Best Returns | Watch Video

After earning his MBA at Yale University, Shah worked at the management consultant firm, McKinsey & Company, for five years before switching gears into comedy. His career in comedy began when he took the stage at a comedy club proving his talent to humor people. Also Read - Indian-Origin Businessman Shot Dead In US Store

Named one of the “50 Coolest South Asians” by DesiClub in 2012, Shah said he has always been fascinated by the entertainment industry and the idea of storytelling.

Although Shah is no longer at McKinsey & Company, he hasn’t left his former life behind completely. He mentioned his performances are usually for corporate companies, charity galas and conferences.

“Companies often hire me to perform at their sales retreats, conferences, holiday parties, etc.,” Shah said. “It’s a real blessing to be able to blend my passion for business and comedy.”

“Plus I think I had some unique perspectives, given my background, that I thought would be fun to share with the world. That’s part of what has made me a successful comedian. My success in those areas is directly related to my ability to blend my comedic sensibilities with my prior professional background,” he added.

Since trading in his corporate career title to be a comedian, Shah said he draws inspiration from everyday life.

“I love studying people that just have no inclination or desire to learn social norms. And I love looking at how uncomfortably everyone else reacts to them,” Shah said.

Shah even mentioned how much he loves awkward interactions.

“The more awkward the better,” he added.

His inspiration also leads to great performances that include a bit of singing and crying, because who doesn’t want to see animated comedians on stage?

“For example, I have one bit where I sing an updated version of ‘Jumma Chumma’ that imagines what Amitabh [Bachchan] might be singing to ‘Jumma’ about today if they had stayed together all these years,” Shah said.

“Similarly, I do a Bollywood version of Katy Perry’s, ‘I Kissed a Girl,'” he said. “It’s ridiculous, but people love it. As far as the crying, I do a bit, where I make fun of the way I respond to break-ups, which is mostly just me spending a month crying while listening to a combination of ghazals and Michael Buble. It’s hilariously sad.”

While his skits are humorous, Shah said the touring life isn’t as easy as it looks. He recalled one of his recent tours, “B-School Made Me Funny,” where he traveled to 50 cities, visiting America’s top MBA programs, including Harvard, Yale and Duke.

“It also gets kind of lonely touring without your friends or family for 5 months,” he said. “Oh and you should probably break up with your girlfriend, because otherwise she’ll get bored without you, dump you in the middle of the tour, and then you’ll have to explain to your tour manager why you are spending all your free time listening to ghazals and Michael Buble.”

When it comes to preparing for a tour, Shah said, “it’s important to get in good shape before you leave, figure out how you will get healthy food and exercise while on tour. And figure out what parts of the tour are good for friends to meet up with you.”

Aside from being a comedian, Shah wrote a children’s business book, “Joey’s Lemonade Stand.” The book has yet to be published, but Shah said he wrote it to teach children about the ins-and-outs of business in a fun way.

He is also starred in a short film and commercials for the NFL, Lufthansa and the Marriott.

While reminiscing about his younger days in school plays, Shah said “I was a drama geek well before being a comedian.”

Shah said he did not act for more than a decade, but comedy has given him the avenue to get back into it.

In 2013, Shah starred in “Maharajas of Comedy,” a comedy special, with “Big Bang Theory” actor Kunal Nayaar.  He has nothing but the utmost respect for Nayaar, and said he amazed by Nayaar’s kindness, considering his level of success.

In addition to humoring people, Shah raised money from his 2012 tour “No Laughing Matter” to donate to “Save A Mother,” an organization dedicated to reducing the mortality rate during childhood.

“Save A Mother really meant a lot to me because mothers, especially Indian mothers, are so hugely influential in our lives,” he said. “Any success I have had in my life is because I had an Indian mom who was loving, nurturing and terrifying. If you’re wondering why I used ‘terrifying,’ then you have never had an Indian mom find you at the mall, hanging out with a girlfriend she didn’t know you had, while you are supposed to be in school.”

To date, Shah has performed in more than 20 countries, but he won’t consider himself a global comedian until he performs in Paraguay.

“Why Paraguay? Because if you are an Indian-American comedian, you hope you can sell out venues in America, India, and other developed, English-speaking countries. But if you can sell out a venue in Paraguay, you know you’ve truly gone global. I measure all of my achievements by how close I am to performing in Paraguay,” Shah said.