Prime Minister Narendra Modi's development mantra would work for Kashmir as it did in Gujarat, actor Anupam Kher said. 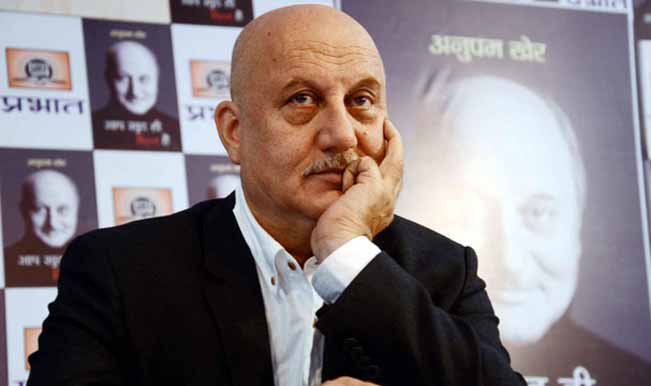 Srinagar, Nov 24: Prime Minister Narendra Modi’s development mantra would work for Kashmir as it did in Gujarat, actor Anupam Kher said on Monday. Kher – who is of Kashmiri ethnicity – addressed an election campaign rally of the newly-formed Jammu Kashmir Peoples Republican Party (JKPRP) here. He said Modi has visited Kashmir thrice after becoming prime minister which shows the keen interest he was taking in issues affecting the people. Also Read - US Election 2020: 'PM Modi, Trump Get 'Along So Well', Says Former US Envoy; Claims Relationship With India Has Never Been This Stronger

“This is the only state which he (Modi) visited thrice since he took office six months ago. I think he has great interest in Kashmir. His development mantra has worked in Gujarat and he is doing well as prime minister. Isn’t our Kashmir part of the country? Why shouldn’t it witness change as well. Modi wants to do a lot of things for Kashmir,” Kher said. Also Read - PM Modi Inaugurates 3 Major Projects in Gujarat | All You Need to Know

He, however, said he didn’t come here to rally for any political party. “I have come here because my soul is in Kashmir and I am seeing winds of change blowing here. Kashmir is destined to see the change for good,” he said. The actor said nothing has changed in Kashmir in the past 50 years.

“Wherever I go in India, I see growth and development. The entire country has progressed, but in Kashmir only politicians have progressed,” he said. Kher said people here have a chance in the assembly polls “to do away with traditional politics and Kashmiris should not let it go waste. Don’t get fooled by rhetoric of politicians who have done nothing for you in the past. Dynastic politics in Jammu and Kashmir should end. Vote for those who can bring change. Change is a must for the better future of Kashmir and for the youth here. The situation here should change. Quality of life, business, infrastructure, administration should improve. The youth should take destiny in their own hands. Promise me you will vote for change, for yourself, for your family, state and country,” the actor told the rally.

Kher hoped the JKPRP, which has fielded candidates in 15 constituencies, would do well in the polls. Kashmiri filmmaker and social activist Ashok Pandit also spoke on the occasion. “The day isn’t far when a smile will be back on the faces of Kashmiris. The ruling elite has looted Kashmir and left unemployed youth high and dry. Change is necessary in Kashmir,” Pandit said.