Anupam had replaced Gajendra Chauhan as head of the Pune-based institute in October last year.

Veteran actor Anupam Kher announced on Wednesday that he has quit as Chairman of the Film and Television Institute of India (FTII), saying in a letter to Minister of Information and Broadcasting Rajyavardhan Singh Rathore that his international commitments are keeping him for fulfilling his duty. Anupam had replaced Gajendra Chauhan as head of the Pune-based institute in October last year. Also Read - Twitter Pins Down Amitabh Bachchan-Akshay Kumar-Anupam Kher as Old Jibes on Fuel Price Hike Resurface

Anupam had sent the letter on Tuesday, and in it he had also requested the ministry to look for a suitable replacement for the post during his notice period. He had before his appointment revealed that he would not be available for a certain period of time due to his work commitment abroad. Also Read - Anupam Kher Wishes His 'Dearest Kirron' on Her 65th Birthday With a Lovely Note And Some Throwback Pictures

“Given this assignment, it would not be fair to me, the students and management team, for me to hold a position of such responsibility and accountability, without being actively involved in the operations,” he wrote in the letter. Also Read - Canadian YouTuber-Talk Show Host Lilly Singh Pays Perfect Dance Tribute to 'Queen' Madhuri Dixit Nene on Birthday

The actor had in a tweet written, “It has been an honour, a privilege and a great learning experience to be the Chairman of FTII.”

It has been an honour, a privilege & a great learning experience to be the Chairman of the prestigious @FTIIOfficial. But because of my international assignments I won’t have much time to devote at the institute. Hence decided to send my resignation. Thank you. ?? @Ra_THORe pic.twitter.com/lglcREeYM2

Thank you staff, teachers & students of @FTIIOfficial for your support & appreciation during my tenure as chairman. As an individual you can always reach out to me. We have constituted a very learned & capable governing body & academic society who will guide you at their best.?? 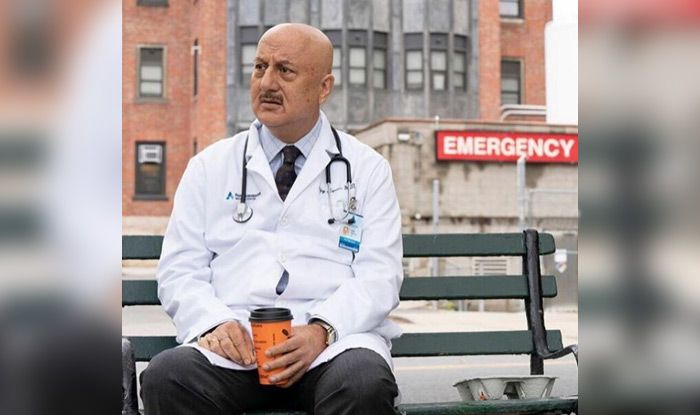 Anupam, who is currently starring in American medical drama television series, New Amsterdam, based on the book Twelve Patients: Life and Death at Bellevue Hospital by Eric Manheimer, had at the start informed then I&B Minister Smriti Irani that he was due to be stationed in the US for nearly six months. He revealed that since the show got a further extension of four months, he would be gone for a longer period of time.

In the show, which started in the fall of 2018 and airs on NBC, Anupam plays the role of Dr. Vijay Kapoor.