Anushka Sharma and Virat Kohli are seriously giving couple goals to all the fans out there. After their epic ad that showed them exchanging wedding vows in a modern way, everyone is just waiting for the happy news from their end. The couple never publicly announced their relationship but their outings with each other are enough for us to understand their equation. Now yet again, the much loved couple was clicked together at Indian Sports Honours organised by Virat Kohli Foundation. The event was held to honour the sport persons for their outstanding achievements in their respective games. Also Read - Bangladesh ODI Captain Tamim Iqbal Was 'Ashamed Of Himself' After Seeing Virat Kohli's Fitness Levels

Anushka Sharma was looking like a porcelain doll in red pant suit with a bold red lip colour on. The ‘Pari’actress was snapped giggling with her love Virat and he looked handsome as well! Check out the pictures of this much loved jodi here. Also Read - Fielding Coach R Sridhar Reveals Training Module For Virat Kohli-Led Team India, Says Sharpest Minds Will Take Six Weeks to Get Ready For Test Cricket 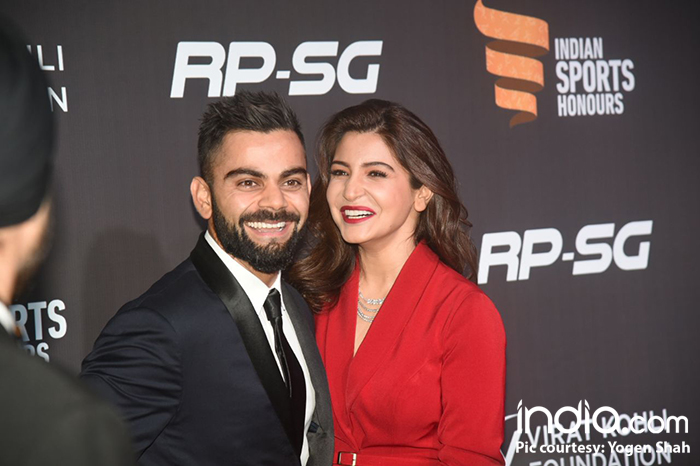 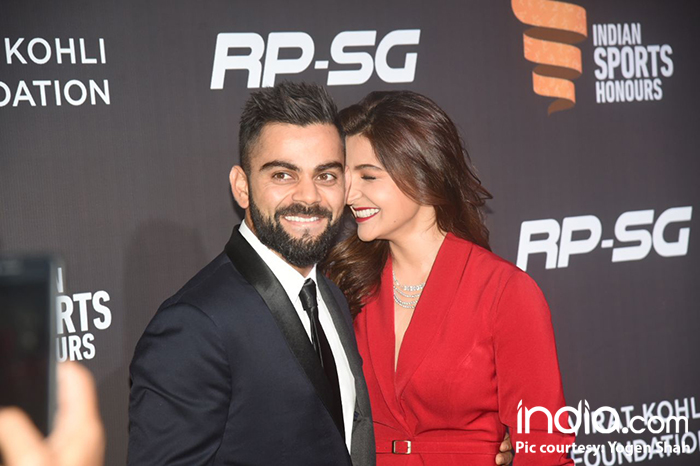 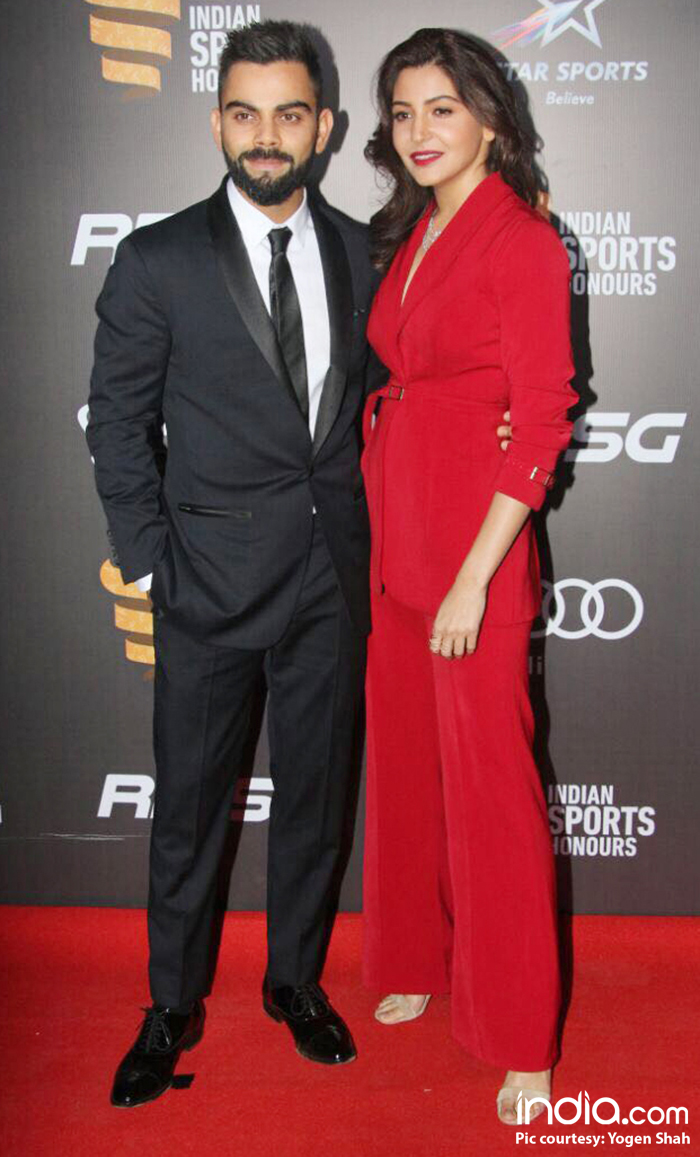 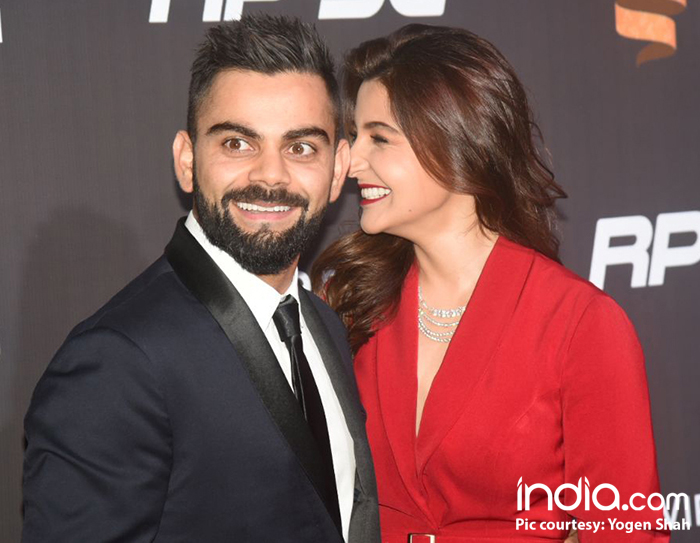 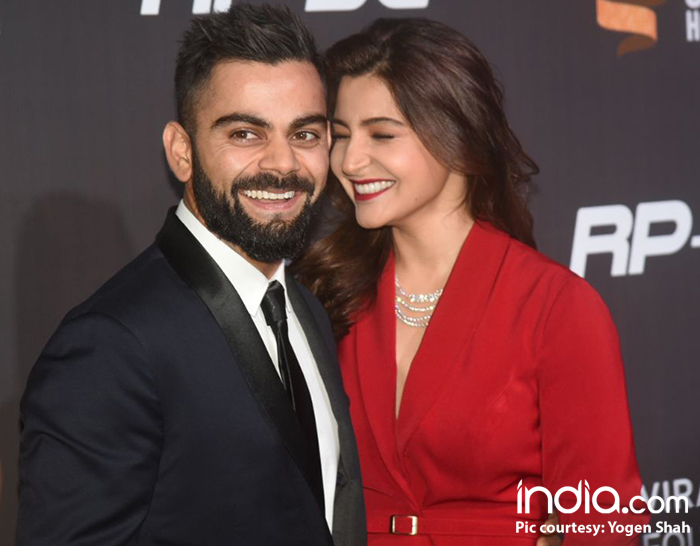 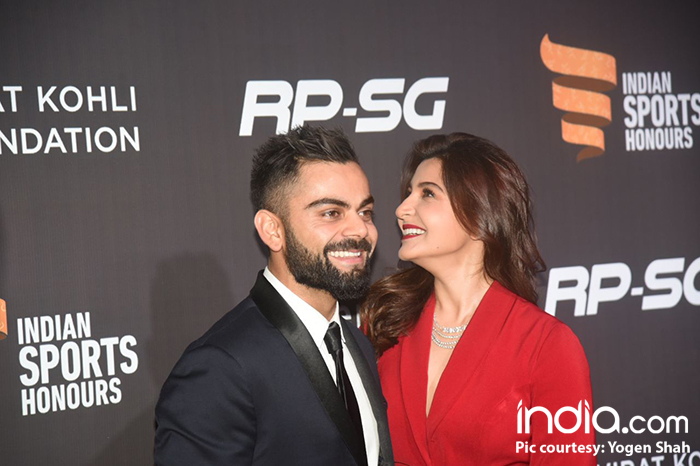 Recently, in an interview with Aamir Khan, Virat Kohli was quoted saying about Anushka, “I’ll talk about the one thing that I love the most about her is that she’s super honest, she speaks her mind. On which Aamir remarked, “Anushka has got a wonderful, warm personality. I’ve worked with a lot of actresses but she’s a very wonderful and honest person like you (Virat) said. She’s very straightforward and honest. She’s a pleasure to work with.” [ALSO READ: This New Ad With Virat Kohli – Anushka Sharma Reciting Wedding Vows Is The Cutest Thing You’ll See Today – Watch Video]

Well, looks like the couple is totally immersed in love and the fans can never get enough of their pictures at all! Post your thoughts on these pics below and stay tuned to India.com for more Bollywood updates.