The couple had a helluva time in South Africa.

Earlier today, Bollywood actress Anushka Sharma was spotted at the Mumbai airport while she returned from her holiday in South Africa. The beautiful actress looked stunning as she donned an all-black look. Naturally, her airport style would be no exception to her minimalist mantra, which surprisingly makes each of her outfits so much more covetable, as was the case today, where Anushka was seen sporting a black jumpsuit. Also Read - Virat Kohli, RCB Captain, Starts Working For Covid-19 Relief After BCCI Suspend IPL 2021 Indefinitely | PICS

Anushka Sharma, who tied the knot with her longtime beau Virat Kohli, was currently on a vacation with husband in South Africa. She had accompanied husband Virat Kohli to South Africa, where Indian cricket team is playing a series, and made the most of her holidays. From clicking pictures and dancing on the streets like no one’s watching to shopping to meeting Akshay Kumar and cheering for her husband from the stands during Day 1 of the ongoing test match, the couple was having a helluva time in the beautiful country. Virat and Anushka, who wrapped up their 2017 in South Africa, took to the respective social media handle to share an adorable picture of them together and captioned it, “Cape Town is such a beautiful place anyways, and even more beautiful with my one and only!” Awe! ALSO READ: Deepika Padukone And Ranveer Singh Return From Sri Lanka – View Pics Also Read - ICC World Test Championship Final: Indian Team May Leave Early Due to UK Travel Restrictions 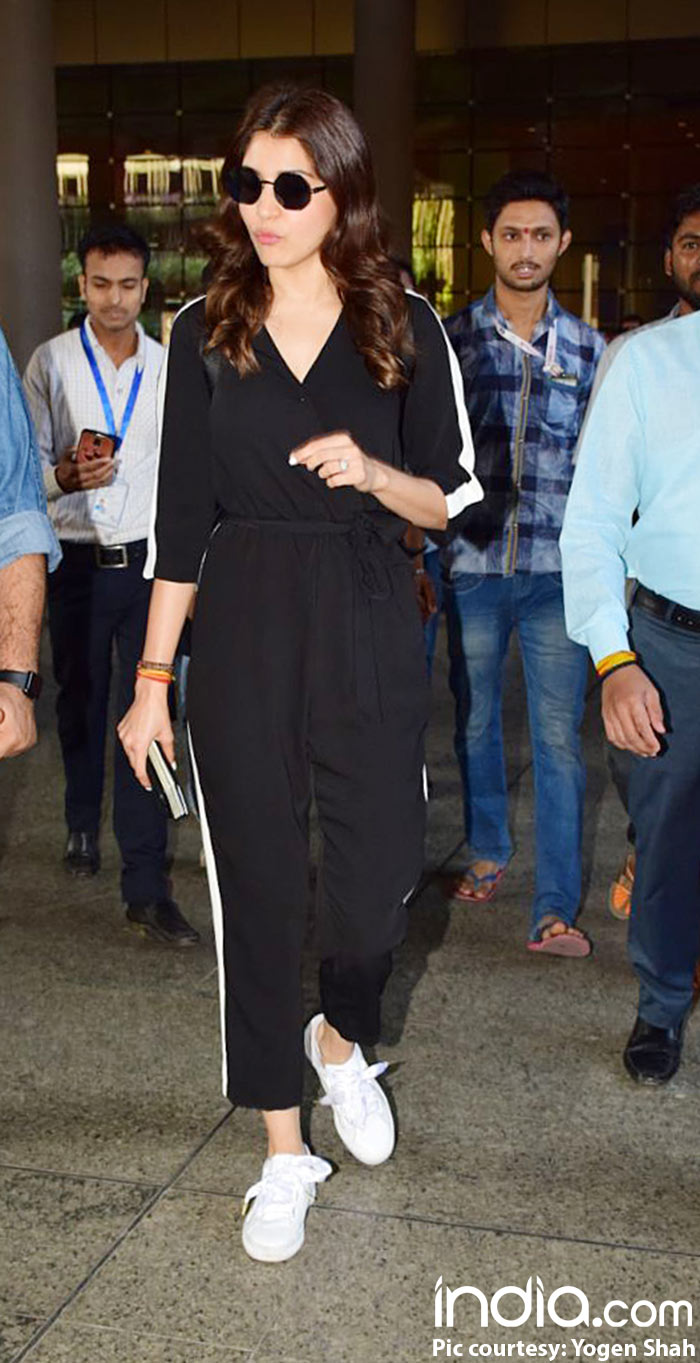 Well, if you’re wondering why is Anushka has been spotted alone at the airport, it’s because Virat with team India is busy with the match, while the actress had to return to the bay as she has to shoot for Anand L Rai’s Zero in which she stars along with Shah Rukh Khan and Katrina Kaif. The actress will also begin promoting her upcoming film Pari, which she has also co-produced. Share your thoughts on how did you find Anushka’s airport look in the comment section below. Watch this space for further updates.