And the Viral Pics of this week are...

Like every week, we are back with a set of viral pictures of the week. This week the most talked about pictures included Anushka Sharma and Virat Kohli‘s PDA at the airport, Kareena Kapoor Khan, Saif and Taimur holidaying in London with the entire Kapoor Khandan and Priyanka Chopra along with rumoured beau, Nick Jonas, in Mumbai . So without wasting any more time, let’s take a look at the most viral pictures of the week! Also Read - Devdutt Padikkal Wants to take Domestic Form into IPL 2021 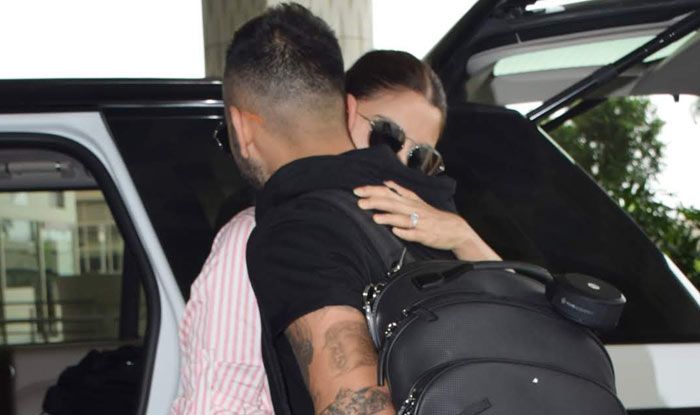 Anushka Sharma and Virat Kohli were spotted at the Mumbai airport on Friday morning, but this time they were not travelling together anywhere. Anushka had accompanied him to the airport to see him off. The 30-years-old actress made sure that she spent time with him until he went inside the airport. Anushka gave her husband Virat a tight hug before he bid goodbye to her.The power couple always takes out time for each other amidst their professional commitments. 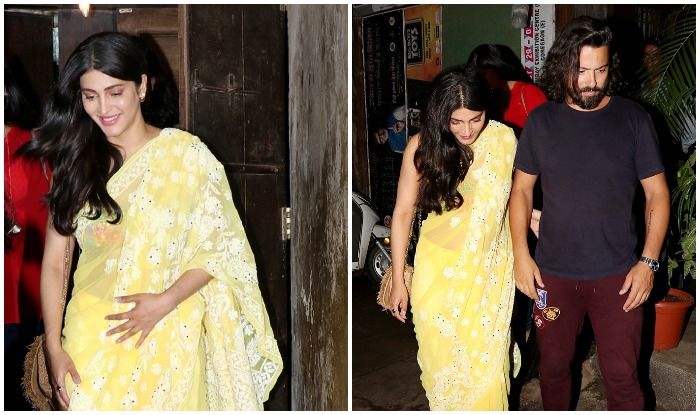 Shruti Haasan looked ethereal in a yellow saree yesterday as she walked hand in hand with beau Michael Corsale. The diva couldn’t stop blushing and from the pics we could tell how much they love each other. While Shruti looked gorgeous in a beautiful Indian ensemble, her beau was dressed in a simple, casual attire. To say that they looked good together, would be an understatement. We don’t know what the occasion was, but it sure seems special given Shruti decided to wear a sari. It’s a rare thing to see someone wear a sari to dinner. One usually opts for the Indian wear when he/she is out on a shoot or a red carpet event. 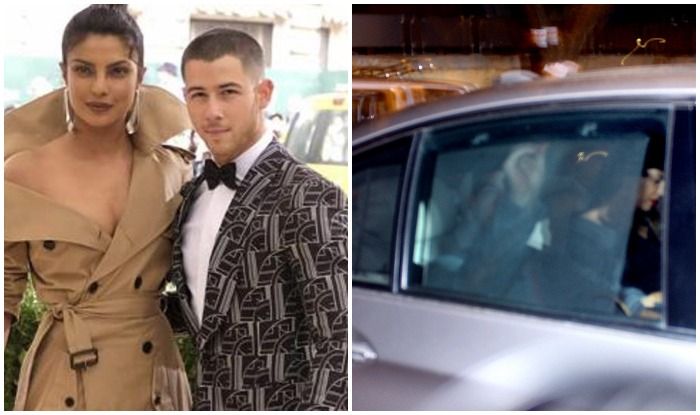 Rumoured couple Priyanka Chopra and Nick Jonas seem to be getting close to each other with every passing day and with the rumoured lovers spotted at the Mumbai airport lately, it seems like they are ready to take it to the next level. There were reports doing the rounds over the last few days, that the Quantico star would be visiting India with Nick. Anyway, according to the grapevine, PeeCee and Nick are in Mumbai to meet her mother, Madhu Chopra, for a housewarming party as the Indian beauty is all set to move into her new beachfront home in Versova. Priyanka usually poses for the photographers, however, this time round she didn’t step into the public gaze. With Nick by her side, Priyanka whisked away in a car with tinted glasses and the two were later spotted outside her home in Juhu. We wonder why Priyanka chooses to keep “their relationship” a secret as everything is already out. 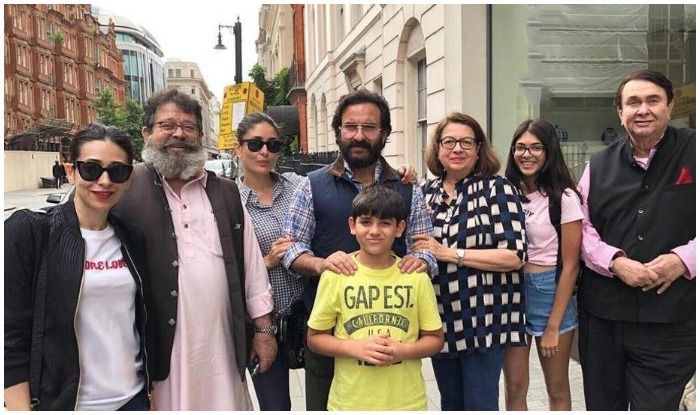 The actress, who was on a family vacay in London last week, had come back to Mumbai earlier this week to perform at the Femina Miss India beauty pageant (on Tuesday) while Saif Ali Khan and Taimur stayed back. Now, the actress is back in London to spend some quality time with the family.Yesterday, sister Karisma Kapoor took to social media to share the picture (from her London vacay) with her parents Randhir and Babita, sister Kareena, brother-in-law Saif Ali Khan and her two kids, Samiera and Kiaan. The actress captioned the post as, “#familylunch missing taimur #londondiaries.” A good family vacation is incomplete without a good family photo, isn’t it? Though the picture has the three generations of the Kapoor clan, yet, without the little munchkin Taimur, the family picture seems incomplete. In another picture, Karisma is seen posing with Kareena and the caption read, “#twinning in @balenciaga #sisterswag #onpoint #sistersquad #londondiaries.” 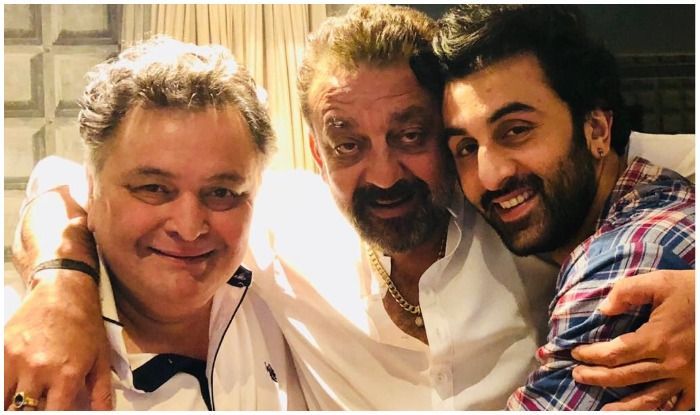 The most awaited film of the year Sanju, whose trailer and songs are already a huge hit among the audience, will be releasing on June 29. The film is based on the controversial life of Bollywood actor Sanjay Dutt who has been had a rough journey. Ranbir’s father Rishi Kapoor, who is often seen active on Twitter, took to his Twitter and shared a picture with both the real-life hero Sanjay Dutt and reel life star Ranbir Kapoor, earlier this week. In the picture, Sanjay was in the middle with his arms around the father and son. All three were wearing a smile and Ranbir could not help but give Sanjay a big ‘Jadoo Ki Jhappi.’