Arjun Kapoor And Malaika Arora Set to Tie The Knot Soon? Rumours Are They Bought a House Together

Arjun had on Koffee With Karan revealed he was not single.

Amidst the speculation that actors Arjun Kapoor and Malaika Arora are not only seeing one another but tying the knot soon, has risen a new rumour that the two have bought a house together. The two, who have remained mum about their relationship, were recently spotted having dinner with filmmaker Karan Johar, Arjun’s uncle Sanjay Kapoor and his wife, Maheep Kapoor and cousin Rhea Kapoor. Also Read - Sushant Day: Kangana Ranaut Launches Attack on Karan Johar, YRF, Mahesh Bhatt, Says 'I Regret Not Being There For You'

Arjun was earlier asked on the show Koffee With Karan if he was seeing anyone, and his reply had been that he is not single. His comment gave credence to the speculation that he is dating Malaika after he was spotted on numerous occasions with her. He also revealed in not so many words that she has been introduced to the family. Also Read - Varun Dhawan-Natasha Dalal Wedding Guest List: Shah Rukh Khan, Salman Khan, Karan Johar To Be in Attendance

Now it has emerged that the two have invested in a flat together. Pinkvilla quoted a source as telling them the two are looking into the details.

“Arjun and Malaika have together purchased a flat in a plush society near Lokhandwala Complex. It is their joint investment together. Whether they plan to live in or no is entirely up to them. But they are surely getting a space for themselves. Currently, the interiors of the house are being done and both Malaika and Arjun are looking into the details,” Pinkvilla quoted the source as saying.

In the recent outing in Mumbai, Arjun and Malaika were spotted coming out of Soho House, along with Karan, Sanjay, Maheep and Rhea. 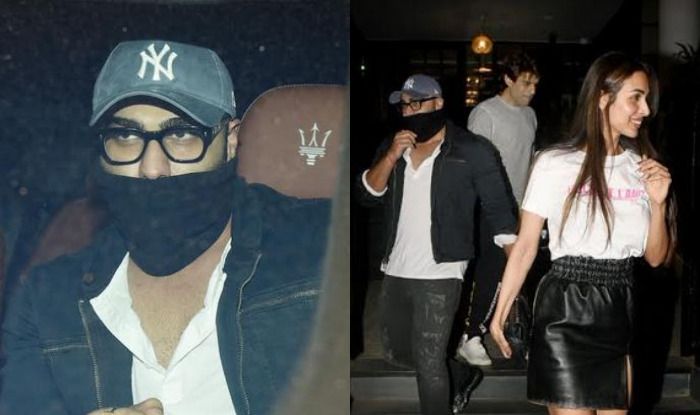 The two did not walk together, but Arjun did leave Karan and Maliaka amused after he rushed off with his face covered. Apparently he was hiding his new look for his next film, Ashutosh Gowariker’s Panipat: The Great Betrayal.