“1.1 Million on 1st May love the coincidence,” the 29-year-old tweeted on Friday. 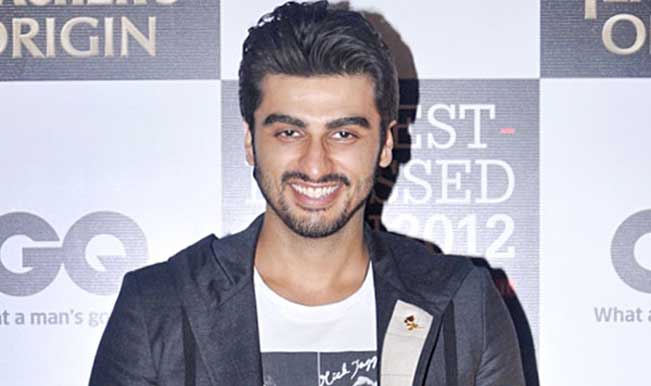 Mumbai, May 2 :  Bollywood actor Arjun Kapoor has managed to get a following of 1.1 million fans on Twitter. “1.1 Million on 1st May love the coincidence,” the 29-year-old tweeted on Friday. The “Ishaqzaade” actor keeps his fans entertained by frequently sharing tidbits about his professional and personal lives. The actor was last seen in movies “Finding Fanny” opposite actress Deepika Padukone and “Tevar” opposite actress Sonakshi Sinha. (Read: Arjun Kapoor sports a new hairdo for the summer: Hot or cool-you tell us!) Also Read - Malaika Arora-Arjun Kapoor's Maldives Vacation Is All About Love, Sea And Romance | See Pics

SRK was more handsome than AbRam, says sister Superstar Shah Rukh Khan drew a comparison between his childhood image and that of his youngest son AbRam. But according to his sister Shehnaz, SRK was “more handsome” as a baby. “Sisters r so sweet. I asked mine if she remembers if I looked like lil AbRam. She said “NOO!!U were very handsome” haha,” the 49-year-old tweeted on Friday. Also Read - Idhar Ki Baatein, Udhar Ki Baatein...Kisiko Kuch Nahi Bolte: Juhi Chawla Reveals How Shah Rukh Khan Backtracks On His Word In KKR Team Meetings | WATCH VIDEO

Shah Rukh introduced AbRam to Kolkata when the star father was in the city earlier this month to cheer for his cricket team, the Kolkata Knight Riders.  The “Rab Ne Bana Di Jodi” actor also has two more children – son Aryan and daughter Suhana – with wife Gauri.  On the big screen, SRK was last seen in Farah Khan’s “Happy New Year” and will be seen in Maneesh Sharma’s “Fan” and Rahul Dholakia’s “Raees”.

Lara Dutta looks forward to team up with Akshay Kumar Actress-producer Lara Dutta is excited to start working in “Singh Is Bliing” not only because of the script, but it’s lead actor Akshay Kumar.  “Super excited to start Singh is Bliing tomorrow with @akshaykumar! I’ve lost count of our movies together :). #friendphilosopherguide,” Lara tweeted on Friday.

Sharing screen space with Akshay holds a special place in Lara’s heart as she was paired with the “Khiladi” Kumar in her debut film “Andaaz” in 2003.  Since then, the former beauty queen has teamed up with the actor in films like “Aan: Men at Work”, “Insan”, “Dosti: Friends Forever”, “Bhagam Bhag”, “Blue” and “Housefull”.

The sequel of the 2008 blockbuster “Singh Is Kinng” will add to the long list.  In the past, the actress mentioned that her fans and followers should expect a surprise from her as she will don a new look for the film, which also stars Amy Jackson.