The grandson of late actor-filmmaker Raj Kapoor is set to make his acting debut with Arif Ali's "Lekar Hum Deewana Dil" and said that girls were probably not attracted to him as he was fat. 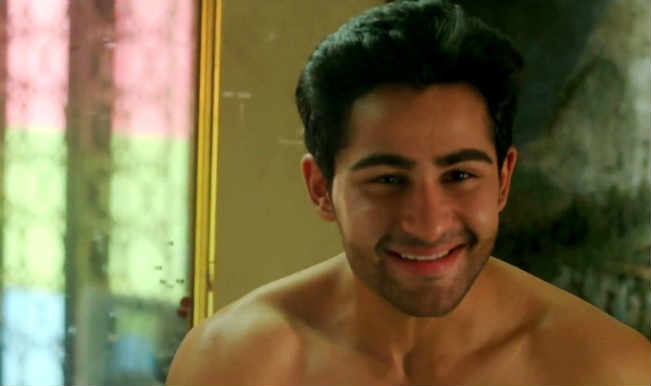 New Delhi, June 21: Newcomer Armaan Jain’s debut film is ready to take off but his love life is yet to begin. The 23-year-old confesses that he has never been in a relationship, probably due to his weight. Also Read - Rocky Aur Rani Ki Prem Kahani: Alia Bhatt-Ranveer Singh's Starrer Is All-In-All Karan Johar Film | Watch

The grandson of late actor-filmmaker Raj Kapoor is set to make his acting debut with Arif Ali’s “Lekar Hum Deewana Dil” and said that girls were probably not attracted to him as he was fat. Also Read - Virgil Abloh's Death: Priyanka Chopra, Karan Johar And Others Express Grief as Popular Designer Dies of Cancer

“I’ve never had a girlfriend. It sounds very funny but I haven’t. I don’t know why. It was probably because I was around 95 kilos, so no one probably looked at me. After that also, all the girls I knew made me their brother. They tied me rakhi.
“And I started working very young. I was focused. I didn’t have time to go out also,” Armaan, who assisted filmmaker Karan Johar when he was a teenager, told IANS in a telephonic interview from Mumbai.

If not for girlfriend’s sake, the son of investment banker Manoj Jain and Raj Kapoor’s daughter Rima, chose to cut down on fat to become an actor. “I was really fat. I wanted to pursue acting. I realised that I had to stop eating at some point and get serious with gymming and diet,” said the football lover.

Armaan, who left business management course midway to build a career in the film industry, says his weight fluctuates often. “Before going to college I had lost weight. I put on 12 kg again and then I lost again. It’s been going up and down. My lowest was 66 kg. I put on weight and then I lose.

“It’s like music. I have personal best after every two weeks. My favourite was ‘Khalifa’ and now it’s ‘Mawwali qawwali‘. My weight fluctuates every week,” said Armaan, who was the student of London’s Regents College. Being related to the Kapoor family of Bollywood might seem like a life full of movies and songs, but he says that it wasn’t so.

His decision to quit education and join the film industry came as a surprise to his parents but they were proud of him and supportive. “I was nervous before telling my parents. They never thought I would take this decision. They were anxious as in how will I learn the craft.

“But they have been very supportive. They told me to follow my passion and that they would back me up as long as I work hard,” he said. “Lekar Hum Deewana Dil“, also featuring Deeksha Seth, is set to release July 4.