Here is a sneak peek into the life of Arpita’s better half, Aayush Sharma. 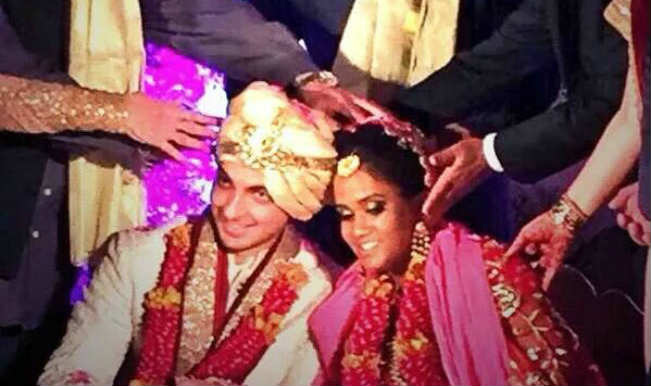 Salman Khan’s sister Arpita Khan got married to her beau Aayush Sharma in a grand ceremony on Tuesday. The nnewly-weds were blessed by the most prominent B-Town celebrities, who made their presence felt at the most happening event of the year. Aamir Khan with his wife was seen having a good time with the Khan family. However, Shah Rukh Khan’s absence was most felt at the wedding event, which took place at Falaknuma Palace in Hyderabad. (Read Arpita Khan Wedding Pictures: Salman Khan’s sister blessed by celebrities.) Also Read - Bigg Boss October 20 Episode Major Highlights: Hina, Gauahar Get Into Heated Argument With Sidharth, Rubina Wants To Quit

Priyanka Chopra, Katrina Kaif, Kabir Khan, Mini Mathur, Karan Johar, Ram Charan and his wife were some of the celebrities present at Arpita Khan’s big day. While we  know who made it to the wedding and who did not. Also Read - Bigg Boss 14 Somvaar Ka Vaar October 19 Major Highlights: Sidharth Shukla Gets Into Heated Argument With Hina Khan, Gauahar Khan

Lets have a sneak peek into the life of Arpita’s better half, Aayush Sharma.

The charming man who lured the Khan girl to his arms is born to a politician family. He is the son of Himachal Pradesh Congress minister Anil Sharma in , and grandson to Congress leader, Sukhram Sharma. Salman Khan’s brother-in-law has studied at Delhi Public School and is currently handling his family business based out in Delhi.

Arpita met Aayush through a common friend but soon parted ways. They got in touch last year and love struck between the two. That’s not all; we also hear that the young man who wooed Salman Khan’s sister aspires to become a Bollywood actor.

To pursue his dreams of acting in movies, the couple will settle in Mumbai after the wedding. Salman Khan is known for his generous approach in establishing careers of quite a few aspiring actors in Bollywood. Will Arpita’s dearest brother be as helpful to his new brother-in-law as well? Will, the Khan family launch Aayush Sharma’s Bollywood career with their home production. Well, only time will tell.