Shahid is my love, says Arshi 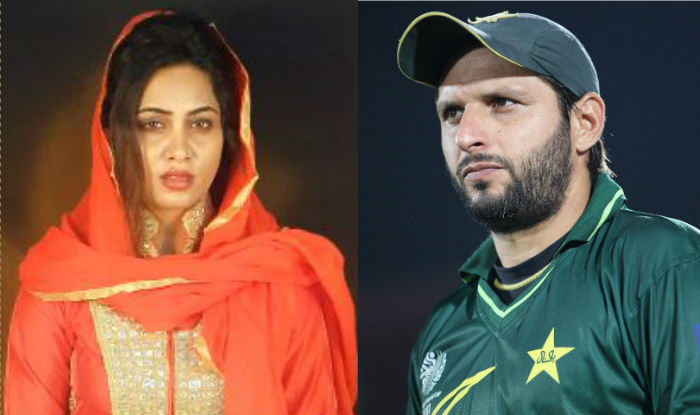 Arshi reacted to the news on social media site- Twitter and wrote, ”Very disappointed with Pakistan. Not a word of support for me from anyone against d fatwa. Wake up Pakistan @SAfridiOfficial.” Also Read - Munaf Patel, Chris Gayle, Shahid Afridi Among Overseas Players For Lanka Premier League 2020 Auction

Arshi also gave an interview to India News Network and once again spoke regarding her relation with Shahid Afridi. Reacting to Fatwa Arshi said, ”I just came to know that a Fatwa has been issued against me by a Maulana living in the area near Pakistan-Afghanistan border. The Fatwa has been issued for the Tweet that I had sex with Shahid Afridi and the nude photo-shoot I have done. This is my work and Shahid is my love. I have said it before and they (clergy) should not interfere in my personal life.” Also Read- Arshi Khan dares Shiv Sena to splash ink on her face; tweets she is pro-Pakistan!

Arshi also alleged that some Pakistani girls are being sent to Dubai under contracts. ”Girls are kept with Sheikhs under contract in Dubai for six months and then divorced. I think it will better if Fatwa is issued on these matters rather than interfering in my personal life,” said Arshi.

Arshi also said that she will keep supporting Pakistan and is not afraid of Shiv Sena. The model said, ”Why is Shiv Sena maintaining silence over issues like Radhe Maa, they only speak when it is against Muslims and Muslim countries. If they keep ranting against Muslims and Pakistan, I will speak up as I don’t fear anyone, neither Shiv Sena nor Uddhav Thackeray.

Check out the full video of Arshi Khan’s interview

In September, Arshi alleged that Afridi had sex with her and the two are good friends as well. In one of her tweets Arshi wrote,”Yes, I had sex with Afridi! Do I need the Indian media’s permission to sleep with someone? It’s my personal life. For me it was love.” The model even said that she is ready to marry Afridi, ”For those who keep asking.. yes I am ready to marry @SAfridiOfficial if he asks me to. So stop asking the same question again.”