In the finale episode of "Jhalak...", aired on Colors Saturday night, the actor was pitted against Mouni Roy, Shakti Mohan and Karan Tacker. He said: "Mouni and Karan were great. They were my strong competitors. Even Shakti was outstanding. I have not seen a dancer like her." 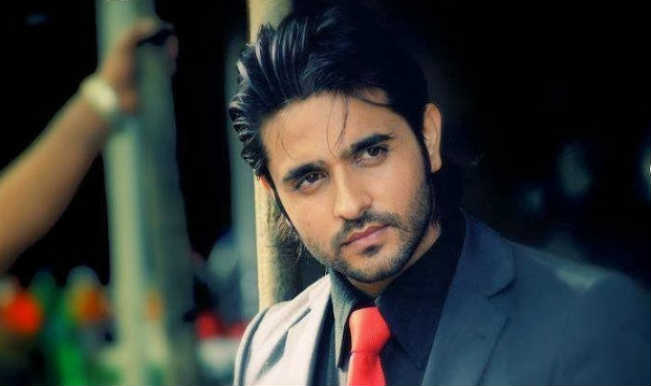 Mumbai, Sep 20: The feeling of victory is still sinking in for actor Ashish Sharma, who is ecstatic about winning the seventh season of celebrity dance reality show “Jhalak Dikhhla Jaa 7”. He says he had thought he’d last only for a few weeks. “I never thought I would win the show. I just thought I will be part of it for a couple of weeks and then I will not be able to handle it. But then week after week it kept happening…it’s a great feeling,” Ashish, known for his TV show “Rangrasiya”, gushed with excitement about his surprise victory. Also Read - Mouni Roy Flaunts An Hourglass Figure As She Reads A Book In Sizzling Black Bikini At Maldives

In the finale episode of “Jhalak…”, aired on Colors Saturday night, the actor was pitted against Mouni Roy, Shakti Mohan and Karan Tacker. He said: “Mouni and Karan were great. They were my strong competitors. Even Shakti was outstanding. I have not seen a dancer like her.” Ashish was initially seen as a hesitant dancer, but he gradually opened up as a person and performer, turning out to be a surprise package on the show. He impressed the judges — Madhuri Dixit, Karan Johar and Remo D’Souza — with his learning capacity and ability to face challenges. Also Read - Mouni Roy Looks Splendid in Hand-Painted Maroon Saree Worth Rs 35K - A Hit or a Miss?

The actor gives the entire credit of his win to his star choreographer Shampa Sonthalia, who had led even actor Gurmeet Choudhary to victory in the fifth season of the reality show.   “I attribute my success to my choreographer Shampa. Hats off to her for the kind of hard work she has put in for this show. She deserves to be the winner. She understood my body language and gave me the steps accordingly. I owe a big thank you to her,” he said.

He is especially appreciative of her for observing him well and bringing his strengths alive in their acts. Ashish, who has won Rs.30 lakh and a Mahindra XUV car, is also grateful to the show’s judges.

“Madhuri Dixit was very inspirational. She used to always encourage me and never bogged me down. She was like, ‘Go ahead and just do it’. Even Karan sir was very humble. He is a very warm person,” said Ashish, who’s not a trained dancer.

Overall, he views the journey as “extremely tiring and hectic”. “I was busy with my serial (‘Rangrasiya’, which has now come to an end), and post that, I used to get time for just three to four hours in the night to practice. So it was not an easy journey, but certainly a memorable one,” he said. Ashish has earlier been seen in Bollywood film “Love Sex aur Dhokha” and in TV shows “Gunahon Ka Devta” and “Chandragupta Maurya”.