Love knows no boundaries and these happily married couples will make you believe in it all the more. Two celebrity weddings – Asin Thottumkal and Rahul Sharma and Kabir Bedi and Parveen Dusanj confirm that huge age gap is not an issue for the individuals. On one hand evergreen actor Kabir Bedi married 28 years younger girlfriend Parveen on his 70th birthday, while actress Asin tied the nuptial knot to her fiancée and Micromax CEO, Rahul Sharma on January 19. These two gorgeous pairs enter the club of happily married couples who are going strong despite the huge age gap. Have a look. ALSO READ: 18 biggest celebrity weddings of 2015.Also Read - Anushka Ranjan, Natasha Dalal, Asin And Other Bollywood Brides Who Ditched Red on Their Wedding Day - See Pics 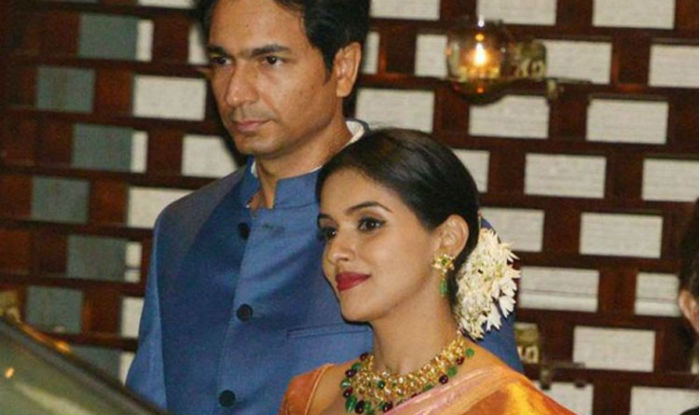 It came as a surprise to many when marriage news of South beauty Asin with leading businessman Rahul Sharma was out. The person who took up the role of match-making was none other than Bollywood superstar Akshay Kumar. Despite 30-year-old Asin (October 26, 1985) being 10 years younger than 1975 born Rahul, the two are already part of gorgeous looking couple category. ALSO SEE: 13 times Asin stole our hearts with on-screen bridal avatars! 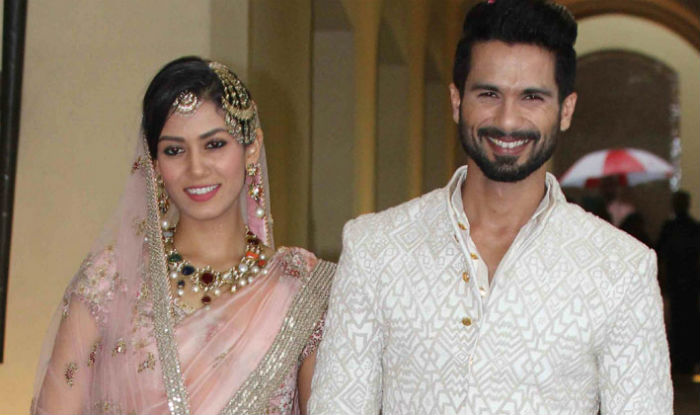 When 34-year-old Shahid married 13 years younger Delhi girl Mira Rajput, one could hear the sound of million broken hearts all around the country. There were many sceptical over the huge age gap between the couple, but Shahid quickly silenced them all with his cute birthday post for his wife addressing her as ‘baby wife’ and loving selfies, PDAs and more love. 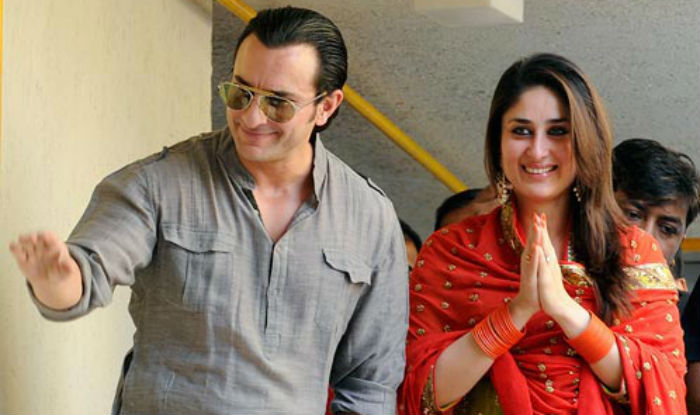 In his first marriage, Saif was 12 years younger to his ex-wife and actress Amrita Singh and in the second wedding, he tied knot to 10 years junior Kareena. Well, what can we say as the couple, famously known as Saifeena in media are going strong since their wedding in October 16, 2012. We totally love their real life chemistry.

Kabir Bedi broke several stereotypes concerned to age and marriage when he tied the nuptial knot with his 42-year-old girlfriend Praveen Dusanj on his 70th birthday. Parveen who is 28 years younger is Kabir Bedi’s fourth wife. Their wedding on January 16 was marred by a controversial tweet coming from Kabir’s actress daughter from first wife, Pooja Bedi who called her new stepmother ‘a witch’. Ouch! 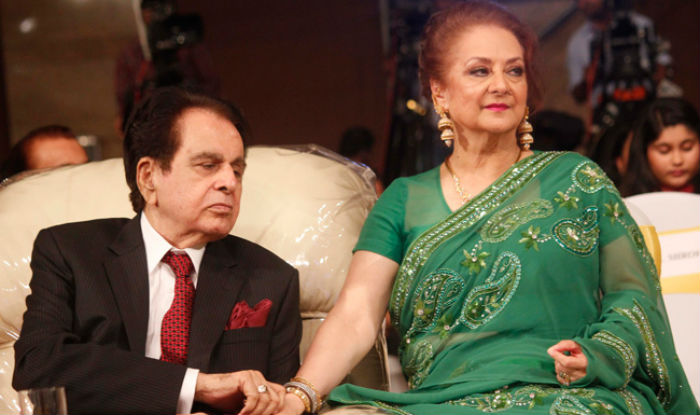 Their iconic love story makes everyone believe in the power of love and care. Acting legend Dilip Kumar and beautiful actress Saira Banu have been married for 50 years! Despite the two sharing a huge gap of 22 years, there is no lack of love and compassion. We hope 93-year-old Dilip Saab and 71-year-old Saira madam continues to share each other’s companionship for the years to come. 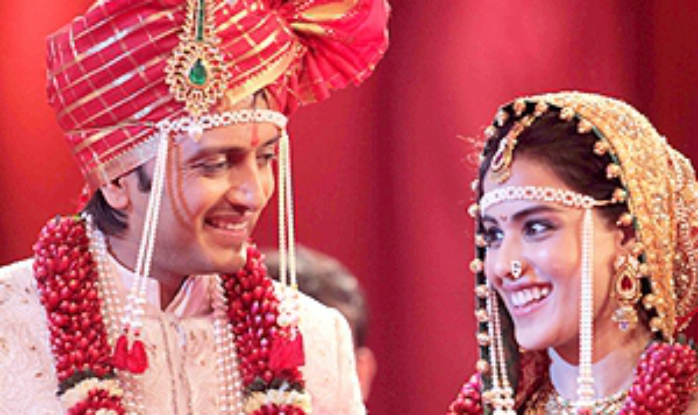 This love story took place between a 16-year-old girl and a 25-year-old boy. Yes, actors Riteish Deshmukh and Genelia D’Souza dated for a decade before getting hitched on February 3, 2012. The two will make you believe that love stories do take place in real lives. The lovely couple are proud parents of a son Riaan and Genelia is reportedly expecting again. 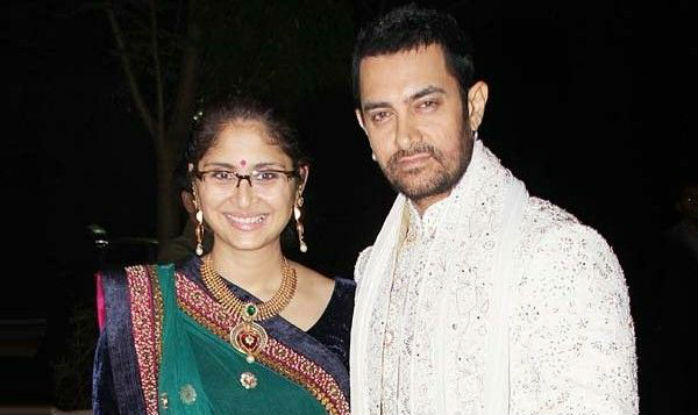 Mr. Perfectionist of Bollywood, Aamir Khan found his soulmate in Kiran Rao after split with his first wife. The two have an age gap of eight years, something that definitely does not bother this handsome couple. If you do not believe us, check out their outing on Koffee with Karan show that saw Aamir and Kiran reflect some amazing PDA and cute moments. 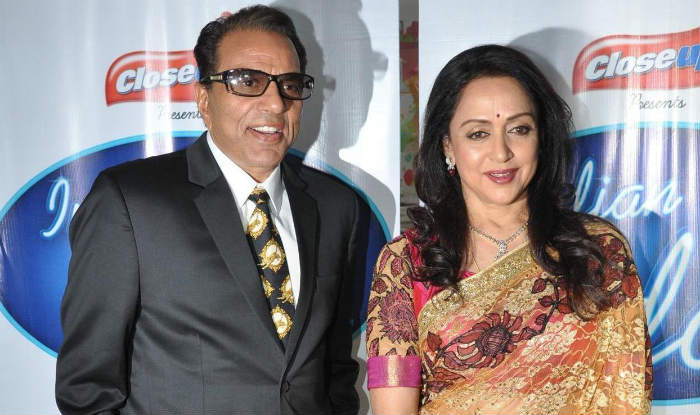 The love story between ‘He-Man’ Dharmendra and ‘Dream Girl’ Hema Malini is one of the most evergreen Bollywood tales. The much married Dharmendra fell madly in love with 13 years younger Hema and overcame all odds to tie knot with his lady love. The barriers included his first wife Prakash Kaur who refused to divorce the actor after which Dharmendra reportedly converted to Islam to pursue his dreams of marrying Hema. 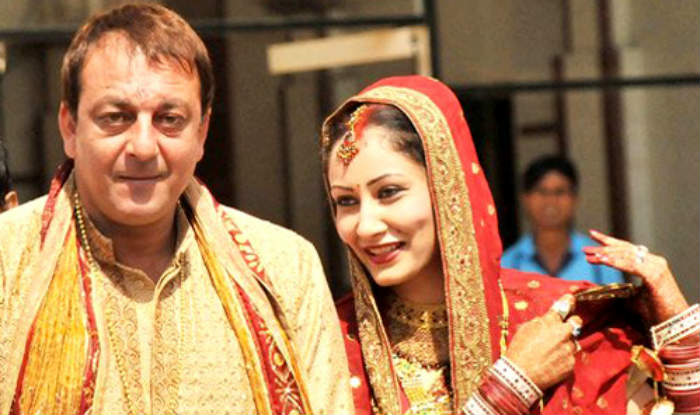 It was third marriage for both Sanjay and Manyata when they tied the knot in the year 2008. The two shared a big age difference of 20 years but it never reflected any repercussion. In fact, Manyata stood by her husband in difficult times especially during his present jail term. According to the sources, the 56-year-old actor could be soon released and he can get back to his wife, son Shahraan and daughter Iqra.