The film's trailer feels like it's a way for India's most successful cricket captain to get back at his detractors. 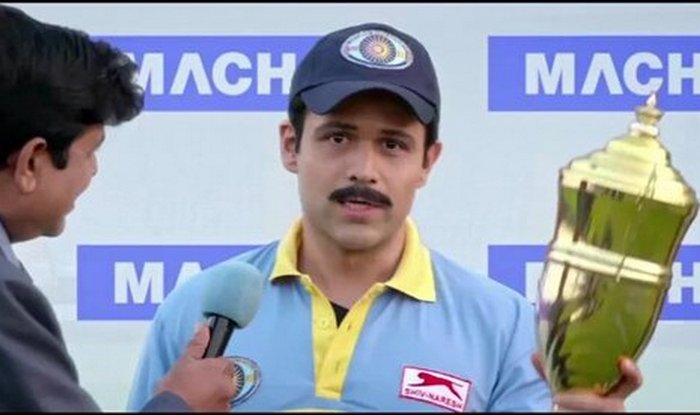 The much awaited trailer of Mohammad Azharuddin’s biopic Azhar was launched with much fanfare today in Mumbai. The cricketer, former India captain, was present at the Azhar trailer launch along with the film’s lead actor Emraan Hashmi, as well as actresses Prachi Desai and Lara Dutta. Ekta Kapoor, who has produced the film under her Balaji Motion Pictures banner, was also present.
Also Read - India vs Australia | Virat Kohli Has Been With us Despite Not Being Here: Ravi Shastri

The Azhar trailer is impressive but we don’t know what the film will turn out to be. Emraan Hashmi as Mohammad Azharuddin seems a bit of a misfit, as the cricketer is tall and had some really awesome wristy shots and presence on the field. While Emraan has done some net practice under the guidance of the man himself, he still does not seem so great in the role.

Men of the moment Mohammad Azharuddin and @emraanhashmi take the stage at the #Azhar trailer launch. pic.twitter.com/OvGQmcXNym

Azhar the film throws light on all aspects of the swashbucking Indian cricket captain’s life – whether it’s his expulsion after the match-fixing and betting scandal, or his affair with Bollywood actress Sangeeta Bijlani while still being married to his wife. Azhar stars Nargis Fakhri as Sangeeta Bijlani and Prachi Desai as the cricketer’s wife and mother to his sons. Lara Dutta plays a lawyer while Bigg Boss 8‘s Gautam Gulati plays a character inspired by another successful Indian cricketer, Ravi Shastri.

It seems like Mohammad Azharuddin has been a part of the making of this biopic in order to come clean on his scandals. The film’s trailer feels like it’s more of a revenge drama and a way for India’s most successful cricket captain to get back at his detractors. But that’s our opinion. Let us know what you think of the Azhar ttrailer!