The trailer of S.S. Rajamouli's "Baahubali" will be launched with cutting edge Dolby Atmos surround sound, by Bollywood filmmaker Karan Johar on June 1. 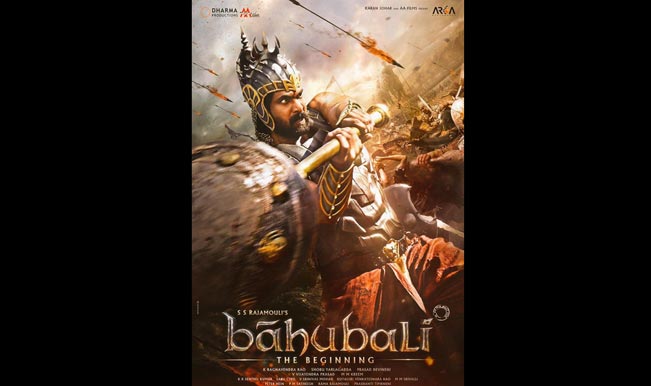 Mumbai, May 27: The trailer of S.S. Rajamouli’s “Baahubali” will be launched with cutting edge Dolby Atmos surround sound, by Bollywood filmmaker Karan Johar on June 1. Since not many theatres are equipped with the facility of this highly advanced surround sound technology, the makers had to really sit down and zero in on one venue for the trailer launch, said a source. (Also read: Karan Johar to present Hindi version of Baahubali) Also Read - Urvashi Rautela Looks Breathtaking in a Kanchipuram Saree, Wishes Everyone a Happy Republic Day

Dolby Atmos, a latest sound technology, unleashes the potential of sound in storytelling by giving filmmakers the creative freedom to easily place or move sounds anywhere in the movie theatre, including overhead, to create an engaging cinema experience. Karan is presenting “Baahubali”, which is said to have been made on a magnificent scale and has a pan-India appeal. Highly advanced technology has been used for th VFX as well as sound of the film, which is releasing on July 10. Also Read - Netizens Call Kareena Kapoor Khan's Maternity Photoshoot 'Publicity Stunt', Share Photos Of Real Women