Baba Siddique’s Iftar party: Salman Khan surprises with new haircut! Is this his look for his next film?

Dressed in all black, Salman looked as young as ever in his super cool hairdo at the party.

When it comes to hairstyles, Salman Khan is one actor who never fails to impress us. He is one of those actors in the B-town who always loves to experiment with the way his hair is done. Right from his long locks in Tere Naam to his cropped hair in Sultan, the superstar has tried it all. The actor recently stunned us with his latest look at Baba Siddiqui’s Iftar party. Looks like Bhaijaan is all set to join the ‘COOL BRO’ gang now! (ALSO READ: Salman Khan and Katrina Kaif, Karan Singh Grover and Bipasha Basu, Shah Rukh Khan: B-Townies at Baba Siddique’s Iftar party)Also Read - Salman Khan Speaks on Being Pitted Against Brother-in-Law Aayush in Antim 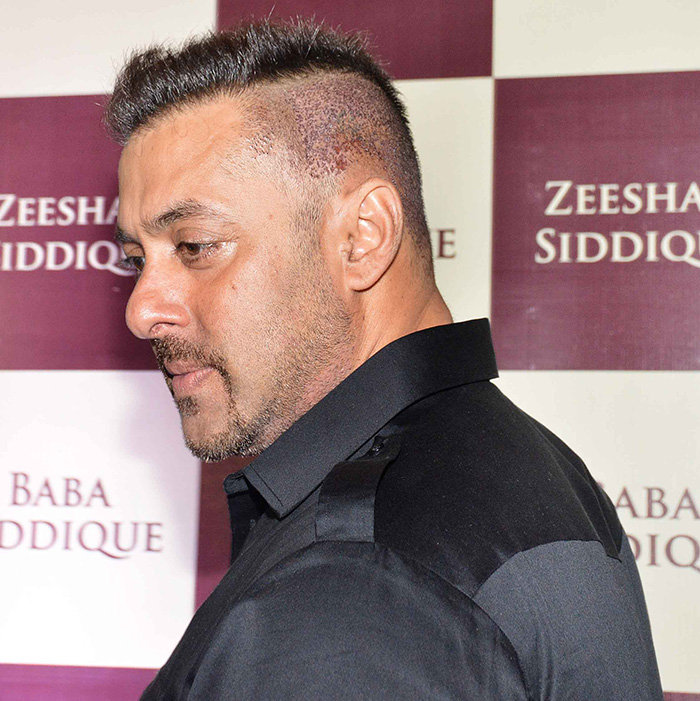 Dressed in all black, Salman looked as young as ever in his super cool hairdo at the party. He has lost some weight and looks way younger now. We must say, Bhai simply stole the show! His new hairstyle has become the talk of the tinsel town and everyone is keenly expecting it to be his look from his upcoming film (not Sultan). Also Read - Antim: Salman Khan Requests Fans Not to Burn Crackers in Theatre, Shares Shocking Video

But let us tell you guys, Salman’s new look is not for his next film. Yes, you got that right. He has not changed his hairstyle for his new project. It is simply his personal makeover. We guess Salman was bored of his usual look with cropped hair or neatly parted, hence the change. (ALSO READ: Salman Khan attends Baba Siddique’s Iftar party with Katrina Kaif and not Iulia Vantur?)

We loved Salman’s new hairstyle! We also want him to be seen in his new avatar onscreen. What do you say guys? Do you like Salman Khan’s new look or did you prefer his old one?