Badlapur promises a lot and delivers on their promise, not one to be missed. 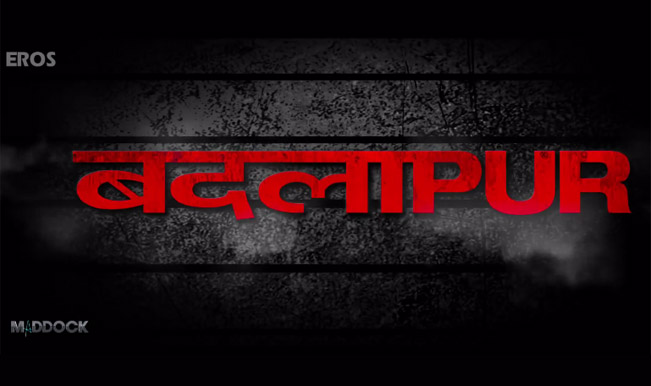 Badlapur is a good small album that just goes to show that quantity doesn’t always go with quality. There are three songs but all three have made it to your can’t-get-it-off-your-mind list where you listen to the song on the radio or on a music channel and then it just sticks to your head. The more you listen to it, the more you love it and to fill the missing gaps in your head, search for the lyrics and sing along a few times to memorize the song to be able to confidently sing the song if you like karaoke or just in the car the next time the song starts playing on the radio. Also Read - Kriti Sanon To Lead 5 Mega Projects In 2022, Says 'Lot To Look Forward To'

The songs have been composed by Sachin-Jigar with the lyrics coming from Dinesh Vijan and Priya Sarajya. The theme, the music and the lyrics all seem to go extremely well with the title of the film Badlapur. You know the film is going to be a revenge saga where an average Joe loses everything because of Nawazuddin Siddiqui​ and then loses it to start his revenge on those who thought they could take whatever they want and if you have a wife like Yami Gautam who gets killed, your entire body will start popping muscles to bash the skulls of those who did it. Also Read - Fitness Resolution For 2022? These 8 Bollywood Celebrities Will Inspire You to Kick-Start Your Fitness Journey

Jee Karda was the first son to be released and it has been on loop for many ever since. It’s an instant hit unlike some songs where you learn to love it. The pain and the sorrow with a don’t care attitude about self-preservation while ready to gamble everything to avenge his wife is evident in the song and the lyrics. You need to take if you listen to this song enough because it brings out all the sorrow in your life and all the times you felt like taking revenge but stopped because of the consequences.

The song moves you to feel Varun Dhawan’s sadness until you see the video which dampens the mood of the song with Varun Dhawan’s lip sync. There is a rocks version of Jee Karda as well which is even better with the use of heavy metal music. Both songs are effective and worth listening to if by any chance you are unaware of the song.

Jeena Jeena is worth listening to for two reasons, Atif Aslam and the valuable insight it gives into the back story of the film. The song coupled with the video gives valuable information about the happier times when Varun Dhawan proposed to Yami Gautam and the excitement that follows when she agreed to married him, the effort to learn each other’s mother tongue and the fun times that they spent each other before they were torn apart.

The slow song is all about love and the feeling of becoming complete when you have met the one you were meant to spend the rest of your life with. The soft tunes can be felt as they seep in and you start day dreaming about your special. Jeena Jeena also has a remix version which is faster in tempo but the entire essence of the love song is not captured in the remix as well as the original track so stick to the original Jeena Jeena slow track rather than jump on the remix wagon.

Judai, the third and last song from Badlapur is probably the most exquisitely composed track of the three song album. As the song’s title suggests, the song is about lost love and the start itself sets the mood as the mourning for lost love is felt. Cue your first break up and you might be able to understand but instead the song deals with ten times the sadness in a short but crisp track that yet again sets the tune of the film. The video shows us that the film is all about revenge as Varun Dhawan is seen holding a hammer in his hand while a body lies on the bed.

Badlapur is an amazing album with three amazingly set tracks that capture the mood of magical love followed by the sorrow of lost love and the madness that is caused by having everything you cared for uprooted from your life. We recommend all three songs and have our thumbs up for Sachin-Jigar to gives us more songs in their future projects because we simply love it.