Badlapur is a story of revenge for the madness it causes to a man who loses everything without any reason. 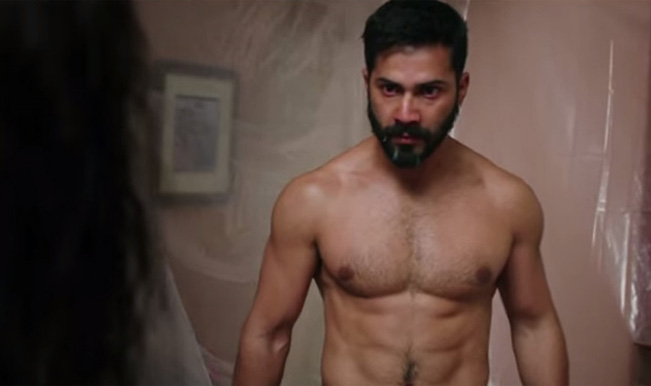 Badlapur really should really be watched from the beginning because the start is what defines the film. Tragedy strikes the protagonist’s happy life when two robbers fleeing from the law end up taking two lives. One robber escapes while another is caught and gets convicted. Also Read - Varun Dhawan’s Driver Manoj Sahu Dies on Duty Due to Heart Attack

Raghu (Varun Dhawan) is caught up in a mess with absolutely no connection or fault as his life goes down a spiral with silver lining. After over a decade of living with the memory of his old life, Raghu gets a tip and his pursuit of the other robber takes him to Bangkok. What happens next is pure entertainment. Also read: Badlapur music review: Three reasons to listen to Sachin-Jigar’s songs Also Read - Kriti Sanon To Lead 5 Mega Projects In 2022, Says 'Lot To Look Forward To'

Raghu is at work when he gets a call and he rushes to the hospital where his family dies. Nisha (Yami Gautam) is shot by Layak (Nawazuddin Siddiqui) when she tries to protect her son after they hijack her SUV as they run from the police after a bank robbery.

Raghu’s kid, Robin, falls on the road and dies after a collision with a car somehow opens the front door of the SUV. Siddiqui gives his partner, Vinay Pathak, the gun to keep in the bag full of loot and lets him off before surrendering to the police claiming that he was just the driver who had no hand in the robbery or shooting.

Vinay Pathak runs away with the money but Nawazuddin is charged with robbery and murder and given a sentence of 20 years to serve. Raghu spends 15 years mourning hi family as he shifts to Badlapur from Pune where the incident haunts him.

Between hiring a personal detective and Layak’s mother giving him the name of Layak’s partner, Raghu interrogates and has sex with a couple of women including Jhimli (Huma Qureshi) who is a prostitute and childhood friend of Layak and later with Shobha (Divya Dutta) who rehabilitates jailbirds.

Raghu becomes a controlled maniac if that is possible as he wreaks havoc on targeted people where Harman and his wife Koko (Radhika Apte) end up getting murdered with a hammer. There is a twist in the tale when the police officer who handled the case finds out that Harman had given Layak’s share (Rs 2.5 crore) of the bank loot to Raghu because he blackmailed them and asks for the money to clear Raghu of all suspicions. Raghu denies and just as Raghu is about to be busted, Layak does something that left the audience stunned. Layak nds up in jail for his fake confession, Raghu keeps the money in Walter White from Breaking Bad style in a drum and is left to try and absolve him of the sins that he has committed despite the film setting the right precedent for such a harsh action.

The film is extremely exciting and gripping in the first 10 minutes but then it drags on for the rest of the first half. The second half has a promising start as we expect to see the badla that is to come but there a lot of lumpy scenes with a few cringeworthy edits. Not being a fan of anti-climax and endless connecting scenes to fill the void till some action or a fast paced scene had us taking a few points away from the film. The film’s trailer has been made from all the promising scenes and overall the film is a tad bit disappointing.