Bajirao Mastani song Pinga: These 2 sisters do the sing and clap version of the popular number! (Video)

Antara Nandy and Ankita Nandy, who are sisters, have rendered such a superb version of Pinga that you will be left gaping! 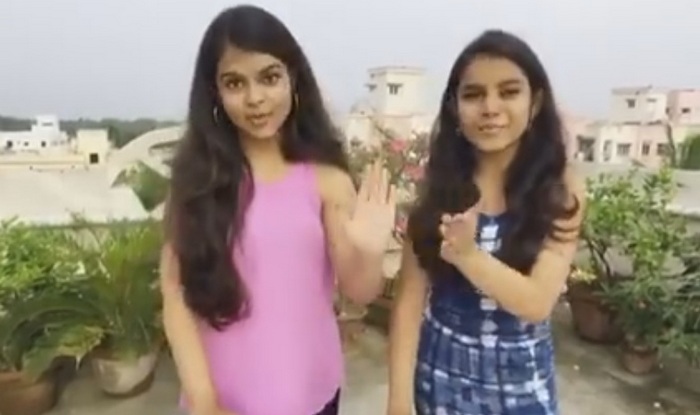 If you were enthralled by the Bajirao Mastani song Pinga, with the super dance moves of Deepika Padukone and Priyanka Chopra, and if the Maharashtrian tune of the song composed by the movie’s director Sanjay Leela Bhansali  was good for your senses, then you must also hear this! The two teenage girls, who are sisters, have rendered such a superb version of Pinga that you will be left gaping! Also Read - NCB Issues Official Statement After Deepika Padukone, Sara Ali Khan, Shraddha Kapoor's Interrogation, To Submit Detailed Report in Court

The girls, Antara Nandy and Ankita Nandy, sing Pinga really well, complete with the Marathi accent and all. Nobody will say they are not Maharashtrian. But what they do along with the singing is what will amaze you even more. Antara and Ankita give the background music or rather the beats of the Pinga song with their claps! (ALSO READ: Bajirao Mastani song Pinga: It’s Deepika Padukone vs Priyanka Chopra in lovely Maharashtrian number) Also Read - Phones of Deepika Padukone, Shraddha Kapoor, Sara Ali Khan, Rakul Preet Singh Seized by NCB

These girls are real wonders and we hope Deepika Padukone, Priyanka Chopra, Ranveer Singh and Sanjay Leela Bhansali as also the singers of the original number, Shreya Ghoshal and Vaishali Made, take notice! Watch the unique Pinga cover by Antara and Ankita Nandy. The video is viral and already has over 1,80,000 views on Facebook!

Tell us how you like the Pinga of the Nandy sisters.